A traveler who turned into storyteller

“Traveling—it leaves you speechless, then turns you into a storyteller.”

Beebal Singh Limbu, a freelance tour and trekking guide is living his life telling stories of people and creating a positive impact through his action. Limbu graduated in the first batch of Travel and Tourism Management course from Nepal College of Travel and Tourism Management. He completed his studies in 2001 and started his career eventually. He used to manage rafting tour, and then he began to tour tourists in Nepal, India and Tibet. He still is working as a guide but his tour has a purpose.

Since, 2015 after the earthquake, he actively got involved in helping those in need, voluntarily. Along with the help of his friends, he has established a library at Gatti, Sindhupalchok. Then in collaboration with Nepal Earthquake Recovery Fund more than 200 households from Gatti, Swathang and Bhanjhyan in Sindhupalchok district received pipelines for drinking water.

In an interview with My City, Limbu shared his insights and experiences on his works:

-How and what inspired you to work in Sindhupalchok?

I was working for Boderland Resort in Sindhupalchok in 2015. At the time of earthquake I was in Kathmandu and I volunteered to work at Bungamati. There, along with my friends, I was involved in dismantling the houses affected. Sindhupalchok was affected massively. As I had the connection with that place, we went there and supported through supplies first. Eventually, this inspired me to work there. I give tour with a purpose. And during the tour, we tend to organize free health camps.

-What are the challenges while doing traveling along with social work? How to overcome them?

My treks are more into the wild rather than other commercial ones. And it’s always tough in the wild but we tend to manage. Moreover, the groups I lead are those who want to taste the authenticity of the village and its surrounding.

My family is in Kathmandu and I live in my own terms. My parents don’t like my lifestyle. However, they have accepted it and these days, I feel home at Sindhupalchok due to the children and people here.

-What is the meaning of life for you?

Life is like a river, which tends to flow on its own pace while overcoming everything on the way even the huge boulders. Like the river water, every moment in life is different.

-How can one be satisfied living a nomadic life?

I am a nature lover and I worship it. I like to live in isolation. Moreover, the appreciation from the locals and the happiness seen in the kids’ eyes make my life satisfying.

-You recently organized an art workshop for children. Why did you choose art as the tool to unleash the creativity of the kids there?

When a friend organized an art workshop during the earthquake in 2015, I saw how kids express themselves freely through colors and pictures. I saw potential in some of the kids and it is not necessary that every kid be good at academics. So to boast their confidence and skill, I chose art. And some kids who participated in art competition in Kathmandu won in competition. They got the exposure and I will feel my life’s mission is accomplished when one of these kids pursue art in their life. 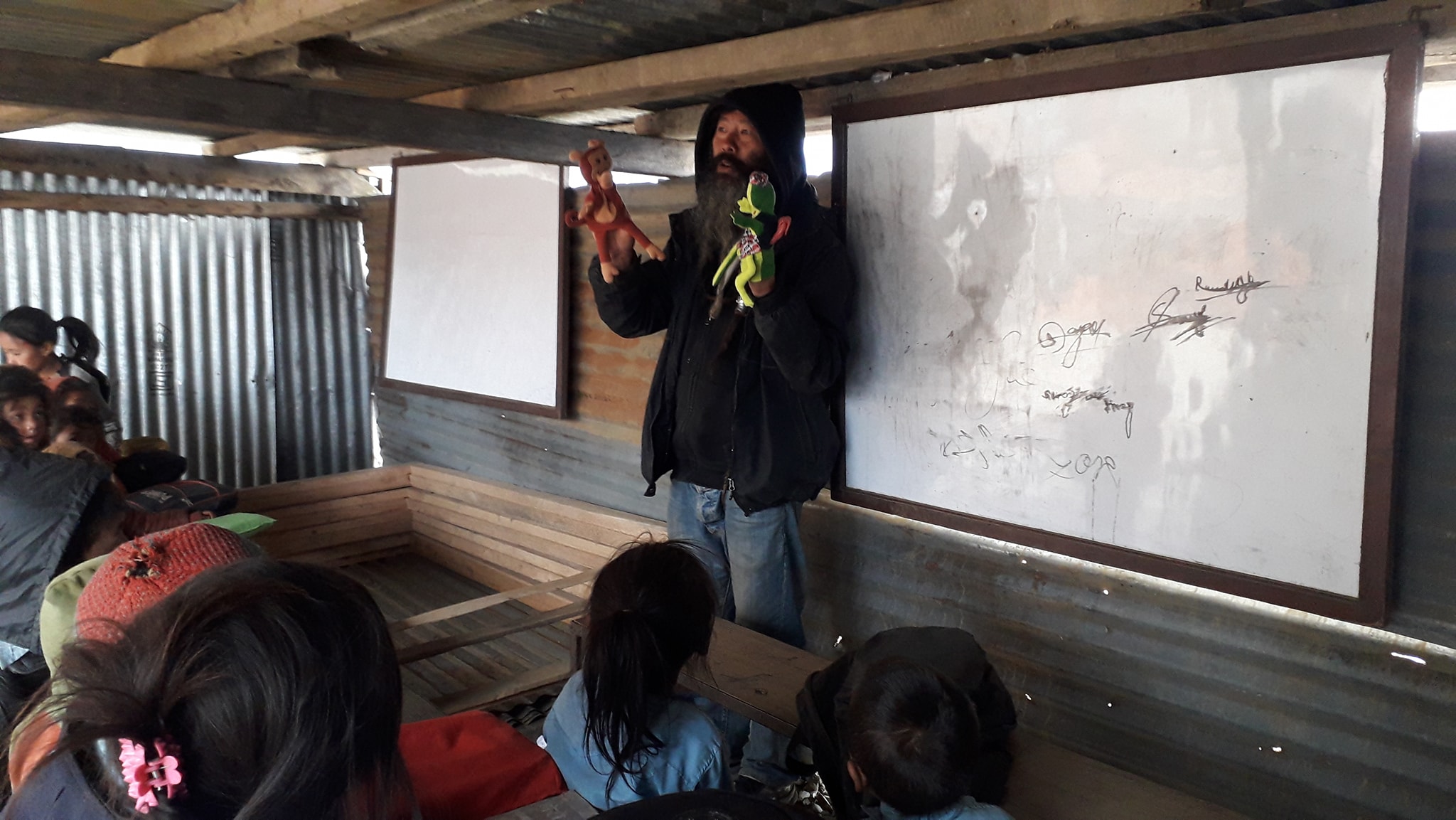 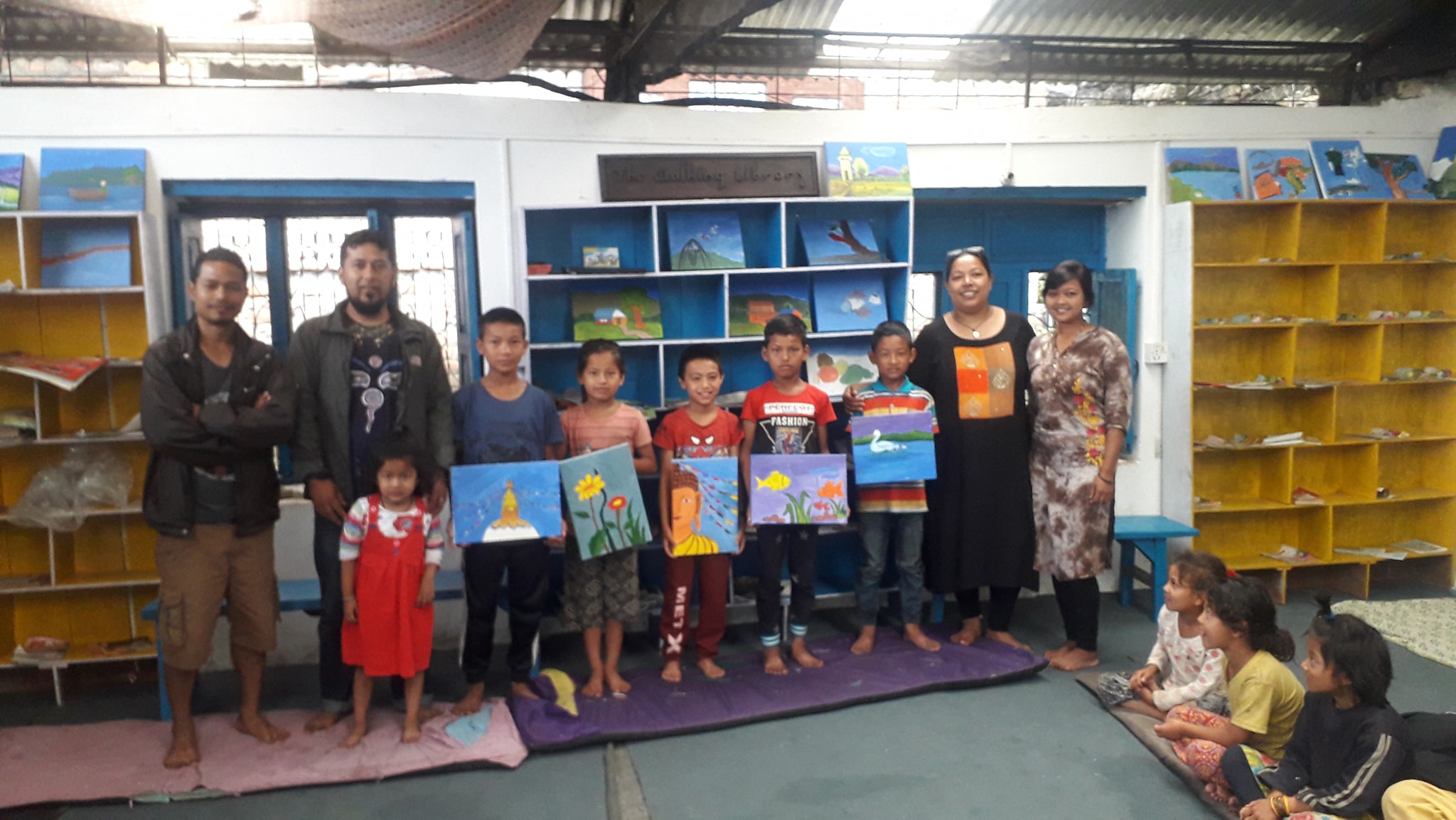