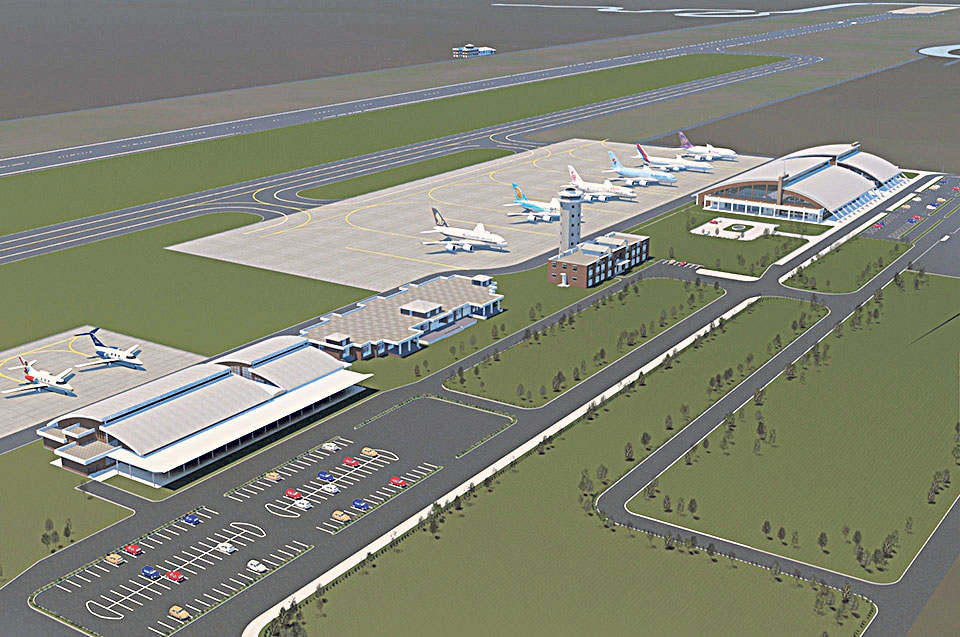 KATHMANDU, Sept 24: The Investment Board Nepal (IBN) on Monday shortlisted Zurich Airport International AG for the construction of the Nijgadh International Airport Project.

The IBN had received seven letters of intent (LOI) from various firms for the construction of the airport, which is a public-private partnership project. “We had invited proposals for Nijgadh International Airport Project; seven firms submitted their proposals,” said Maha Prasad Adhikari, the chief executive officer of the IBN. “But only one company – Zurich Airport International AG – was qualified for the project as its LOI matched the eligibility criteria set by the board,” he said.

According to the IBN, the remaining six companies failed to meet the criteria. The estimated cost for the construction of Nijgadh International Airport is Rs 670 billion.

IBN officials said all the proposals on Lower Arun meet the IBN’s eligibility criteria so the board is preparing to ask them for detailed proposals. “We will evaluate their proposals and pick a firm for the development of the public-private partnership project,” he said.

The 72-kilometer Outer Ring Road will be constructed at a cost of Rs 212.3 billion. If the detailed proposal, which has yet to be received from the shortlisted Chinese firm, is found satisfactory, then the project will be awarded to the firm. The Outer Ring Road will be 50 meters wide with eight lanes, cycle tracks, green belts and pavements on both sides along with flyovers at major intersections.

“The companies that have been shortlisted for all these projects will submit their detailed proposals and the IBN will evaluate them,” Adhikari told Republica, adding, “The contracts will be awarded to those that fulfill all the requirements.”

According to a press statement issued by the IBN, Prime Minister KP Oli, who as IBN head chaired Monday’s meeting said implementation of mega projects are important for bringing prosperity to the country.

According to the board, it had showcased the aforementioned projects during the Investment Summit 2019 held in March and received the letters of intent over the past few months.

Tunnel construction to complete by end of February