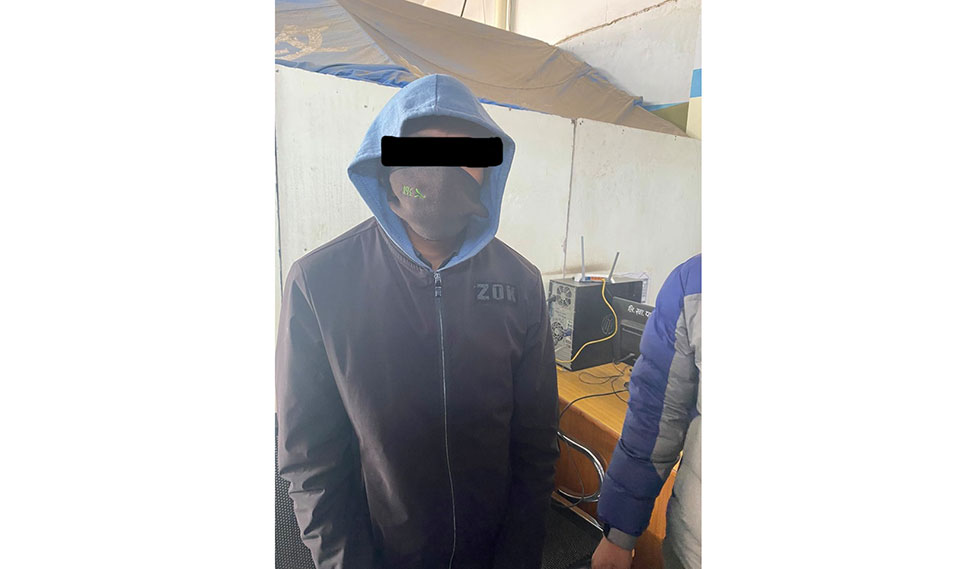 KATHMANDU, Jan 15: After almost year-long investigations, police have finally arrested a man who was behind recording his own ‘sick sexual activity’ on a public bus in Kathmandu and uploading the video on social media. They  tracked him through his GPS activities over the last few months.

Sarki posted the video that showed him ejaculating on a girl’s hairs as she was sitting in front of him in a passenger bus in the capital.

The video posted on January 25, 2019 soon went viral on social media and caused a public outcry against police for failing to arrest someone involved in such a heinous act.

Enraged over the incident, a group of women activists filed a case at the MPCD, Teku a few days later.

It was not easy to nab the culprit as police had few details about him. All they knew was that the bus ran on the Lagankhel-Swoyambhu-Dallu route. They  interrogated the bus  crew including the driver But the trail went cold. Police also had no idea about who  the victim was .

However, persistence eventually paid off. As the video was posted on Facebook and some pornographic websites, they thought it would be better if they sought help from Facebook itself and Google.

Analysis of GPS details showed that he had absconded to India in February, 2019, immediately after the video went viral on social media. Members of the general public started demanding stern action. He started worrying about the consequences .

Police investigations showed that Sarki worked at some factory in New Delhi for three months. He then went to Kashmir for four months. He returned to Delhi, intending  to head back  to Nepal. But he changed his mind and remained in Delhi for another few months.

It was only some three months ago that Sarki  returned to his temporary home in Chitawan. His intuition was that the controversy created by the  video had died down and there was little likelihood of the law catching up with him. But he was wrong.

A joint team  from MPCD  and police in Chitwan nabbed Sarki from his residence at Bikash Chowk in Bharatpur. The 21-year old  is a permanent resident of Tanahu district.

“It was a fiendishly difficult case to crack. But we managed to trace him with help from Google and Facebook ,” said SSP Sahakul Thapa, who heads the crime division.

Preliminary investigations after his arrest show that Sarki had recorded the video almost seven months before it was posted on social media sites.

SSP Thapa said Sarki has already admitted that he self-recorded the video. “His Facebook messages were also investigated. Sarki seem to have recorded the video to make  some money,” Thapa added. Police have now also come into contact with the victim, but they have not released her identity for obvious reasons.

Doctor arrested on charge of sexual harassment in Saptari

LAHAN, March 27: A doctor has been arrested on the charge of sexually harassing a woman at Chinnamasta Hospital in... Read More...

KATHMANDU, April 13: The government has decided to confer one of the highest civilian awards on the proprietor of Bhat... Read More...