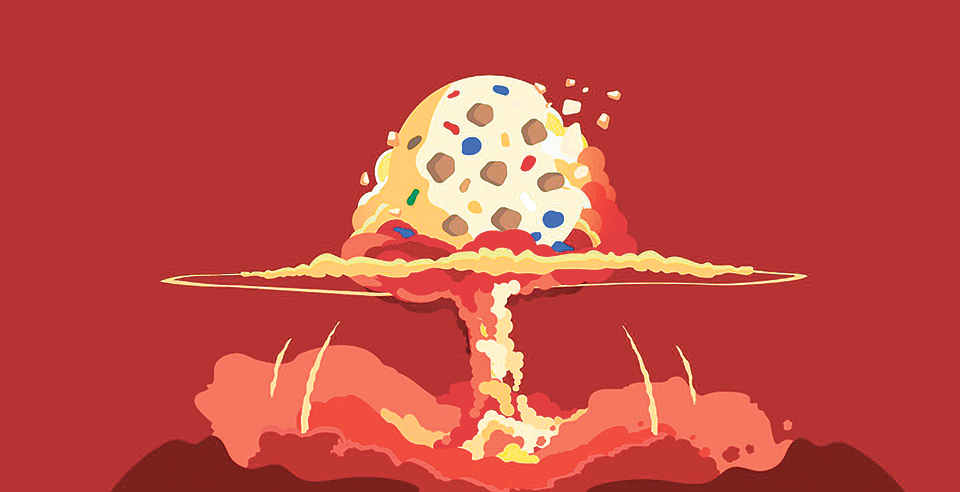 When people talk of Dalit, Janajati or NGO leadership it is the same old faces that reap benefit without being questioned. This leads to new form of othering and exclusion

Division along ideological lines is one of the important markers in contemporary Nepali society. People often box each other under various groups based on party, caste, ethnic, regional and gender lines. Along with these, people are also categorized under professional categories such as the generic terminology of technocrats. It is interesting to note the conspicuous absence of independent or autonomous individual/s or groups. If someone claims to be so, s/he could become a matter of laughing stock.

Why then is our society hung up on fixing ideological identities to its people? The authors in no way suggest that there should not be an ideological division. However, the attempt to give a single identity/category is a matter of objection. One of the prominent groupings in the last three decades has happened along the political party lines. History has it that people, in fact, inquired about the party inclination of prospective in-laws before entering into marital relations. People would want to get their family members married to families that have similar ideological bent. Hence, sympathizers of Nepali Congress would look for prospective suits within the same ideological /party set up. Similar was the case on the left front.

NGO wallahas
The advent of multiparty democracy in the 1990s only widened the net around which people interacted. Thereafter, a new breed of technocratic managerial elites was born who could go by the term NGO wallahs and have retained considerable influence in the public life of Nepal. These were people speaking a different language altogether and had acquired new status in the society. These professionals became a telling point of how an ordinary person from amongst the society could become a globetrotter. This has had tremendous impact on the formation of new categories to classify aspiring educated Nepalis. Those that belonged to this fraternity were perceived to have access to global resources and were seen as important actors in heralding ‘progressive’ change in the society.

But, those that could not make it to this otherwise ‘elite’ club were left out of the life chances that come with being part of the NGO world. New social and cultural lines were drawn as the NGO fraternity grew. These new fault lines were enmeshed with already existing social hierarchies and protocols. The fact that majority of the leadership in the NGO world came from people aligned with left politics and further were drawn from the upper caste (also read men) speaks volumes about the global and local dynamics that Nepal witnessed in these years.

PARTY CAMP
The other ideological camp was created along party lines. It is relatively natural to talk about party affiliations in a society where political parties have emerged as one of the ways in which a society is organized. However, it is the intensity of the parties’ reach in social life that demands serious introspection. In society like Nepal, where party ideologies run beyond polling booths to all walks of life, party system is the new form of maintaining hierarchies in that society. The writ of the party runs at a phenomenal pace. People are either selected or rejected based on party lines. Major state institutions are filled with people close to the ruling dispensation. These important positions are doled out to them as rewards for their unflinching loyalties. The rules of engagement are set to ensure that party henchmen or women make it to the core of the institutions. It hardly matters what your academic/professional qualifications are.

In fact, what is interesting is that political parties have started getting their cadres ready with the prerequisite qualifications (read as acquiring mere degrees). It is astonishing to know the number of PhD enrolment of party cadres today. In the past too, political parties had ensured that their cadres get equipped with such acumen so that they would have their technocrats ready as and when they come to power. It is by no means the intentions of the authors to belittle the efforts made to acquire an academic degree by a political cadre. Nevertheless, we are looking at the ramifications of social/cultural capital a doctoral degree would bring to a political cadre. Such doctoral degrees augment the process of creating experts who come from within the party. There is no problem at the first look with this. However, it will have effects—rather it is already occurring—in the long term when you look to your own cadre to fill the space of expert. This runs the risk of parties reifying their own version as the ultimate one. Therefore, those who do not subscribe to your line of thinking are excluded from social and cultural life making it akin to caste-based exclusion. This element of political culture has existed for very long in Nepal. Every successive regime in the last six decade has given it its own form.

Caste and ethnic coterie
The next ideological camp is along caste and ethnic lines. While it is no secret that access to public life in Nepal is contingent upon one’s party affiliation, it is also true that new and old fault lines have existed along caste and ethnic lines. In here, we would like to argue that a paradoxical situation prevails when it comes to understanding caste and ethnic divisions. Nepal has seen an increase in inter-caste/ethnic intermingling to the extent that marital relations are forged along these lines. However, votaries of party politics including the leadership present a quagmire. They personally may have engaged in mixed familial formations. But, their politics centers around single identities.

The caste and ethnic identities have also acquired new forms after they have received constitutional status. The ‘us vs them’ narrative now has new dimensions. The constitutional provision to ensure representations of the so-called lower caste and Janajati groups in various bodies including local governments will in the long term upset the power equation. The fact that a high caste man or woman has to show some amount of respect to a Dalit woman is itself phenomenal.

Afterthought
The idea of categorizing people in different shades is no new phenomena. However, the forms have changed. In case of Nepal, we have seen new forms of categories, party-based or others as mentioned above. However, we need to be mindful of the overlaps and intra-group competitions in the process of categorization. In the preceding paragraphs, we have highlighted different formation of groupings. However, it is worth noting that there are many overlaps in them too. For instance, party, NGO and ethnic/caste groupings intercede amongst them to the extent that a generation of leadership has emerged from this interaction.

Furthermore, this leadership has blocked entry of new blood into the system and has monopolized power abrasively. Therefore, when people talk of Dalit, Janajati or NGO leadership it is the same old faces that reap benefit without being questioned. This leads to new form of othering and exclusion inviting us to ponder what to make of these ‘modern’ categories.

The Constitution of Nepal-2015 has allocated the power of state among one federal government, seven provincial and 753 local governments,... Read More...