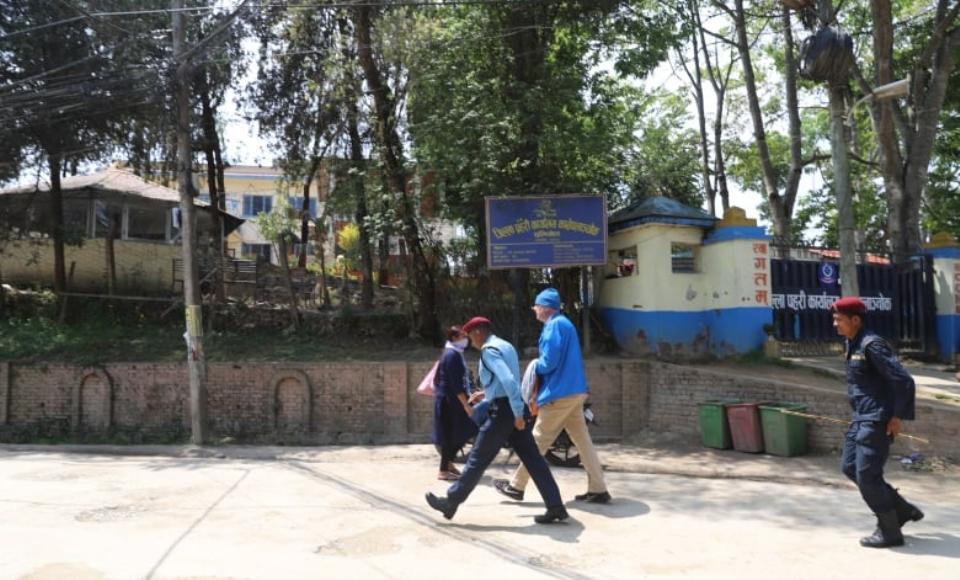 Former UN-Habitat country representative for Afghanistan, Peter John Dalglish, has been found guilty of sexually assaulting children in Nepal, a Canadian media report said on Tuesday. His Canadian lawyer, Nader Hasan, told CBC News of Canada that Dalglish's family and friends were devastated by the verdict and that his legal team plans to file an appeal. The CIB filed a case of child sexual abuse (pedophilia) against him at the Kathmandu District Court and initiated further investigation. 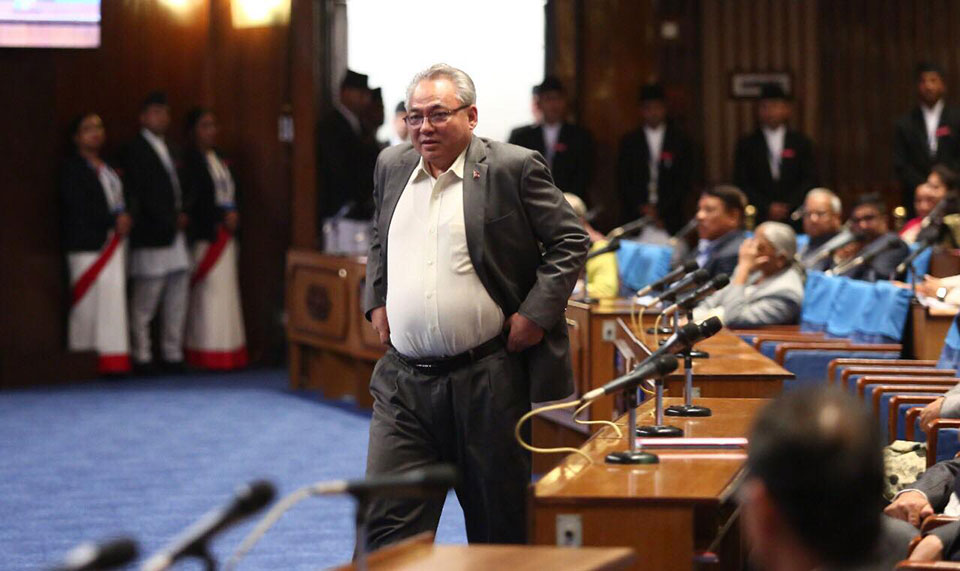 Home Minister Ram Bahadur Thapa on Tuesday said that the police had used some force to contain the protestors during Sunday's public demonstration against the proposed Guthi bill tabled in the Parliament. Responding to concerns of Nepali Congress lawmakers about the police crackdown on the protestors during the demonstration staged against the proposed Guthi bill, the home minister denied that the police used excessive force. 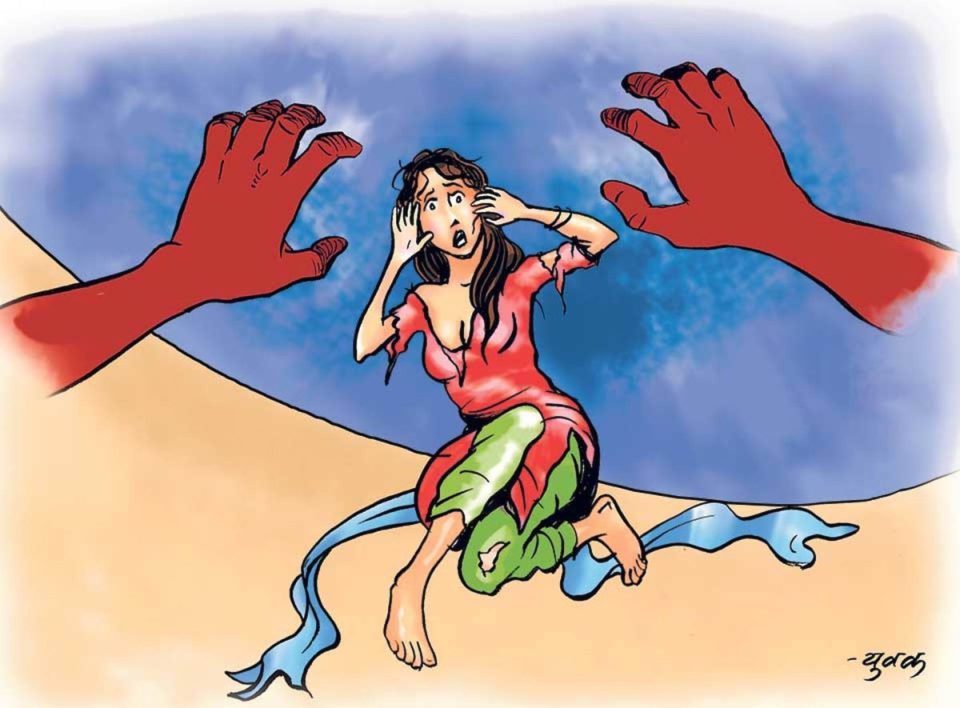 A senior government was arrested on the charge of raping his 18-year-old daughter from Dhobighat, Lalitpur on Monday evening. He is an undersecretary at the Ministry of Physical Infrastructure and Transport, according to police.   The official, aged 45, has been accused of raping his daughter for the past three years.

Public Service Preparation Ad hoc Struggle Committee has launched the agitation and pressure-oriented program here from 10:00 am today. It demonstrated against the unacceptable decision of State Affairs and Good-Governance Committee under the House of Representatives. The State Affairs Committee on Monday had directed to cancel the vacancy announced by the Public Service Commission for different posts and asked to appoint employees on a contract basis. 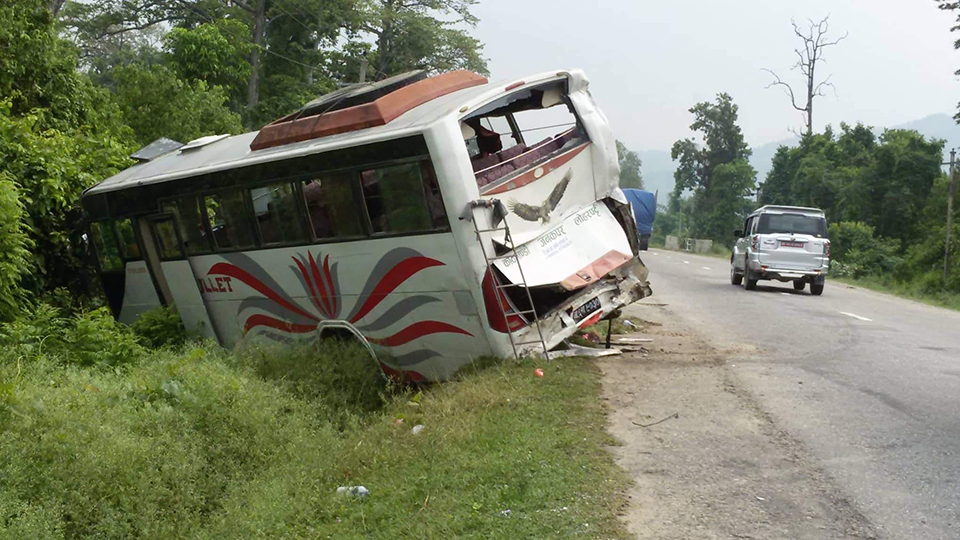 Two Indian pilgrims were killed while 21 others sustained injuries in a road accident in Rautahat district last night. The incident took place when a heavy-duty truck hit the back of a parked bus carrying 60 Indian pilgrims at Mangalpur area of Chandrapur municipality along the East-West Highway.The ill-fated bus was en route to Janakpur from Kathmandu carrying Indian pilgrims. The truck driver has remained absconding following the incident.

Unidentified assailants killed 19 people and wounded 13 others in an attack on and around the town of Arbinda in northern Burkina Faso on Sunday, the government said in a statement. Burkina Faso has been overrun by Islamist violence in recent months in which hundreds have died and over 150,000 have been forced to flee, as the influence of jihadist groups spreads across the arid Sahel region.

KATHMANDU, June 14: The main opposition Nepali Congress (NC) on Thursday urged the government to withdraw the vacancies announced by the... Read More...

A long hot summer of protests?

KATHMANDU, June 12: There was optimism across the country that protest activities would decline after the formation of a new... Read More...

KATHMANDU, June 10: The State Affairs Committee (SAC) of the House of Representatives has directed the Public Service Commission to... Read More...

46 dead, 16 hospitalized after trailer of migrants found
17 minutes ago
Stockbrokers permitted to operate their own TMS for online trading of shares
2 hours ago