“Women representation in Nepal's parliament is an example for others” 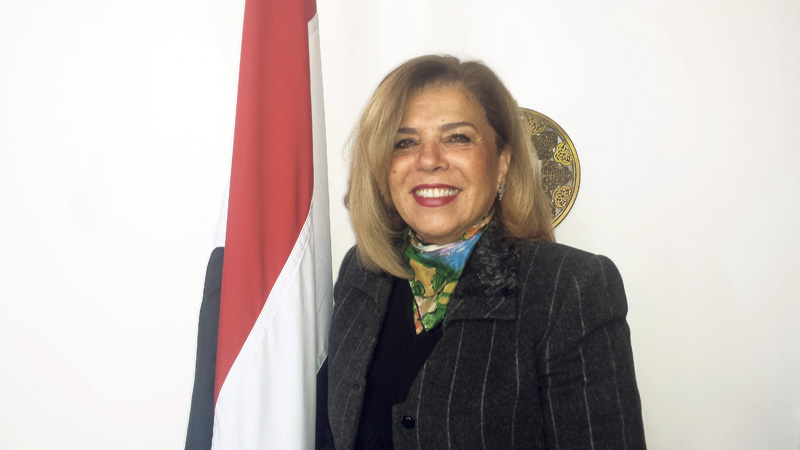 Moushira Mahmoud Khattab, Ph.D, is Egypt's former Minister for Family & Population, the country's former ambassador to South Africa, the Czech Republic and Slovakia and has also worked for various diplomatic missions. She visited Nepal recently and held meetings with President Bidya Devi Bhandari, ministers and top government officials, seeking Nepal's support for her candidacy for the post of Director General of UNESCO. Khattab also worked as the chair of the UN Committee on the Rights of the Child, based at the UN Headquarters in Geneva.
During her stay in Kathmandu, she talked to Republica about various issues. Excerpts:

What brings you to Nepal?
Nepal and Egypt have a historical and versatile relationship. Egypt is the only African country having embassy in Kathmandu. I am also carrying a message from the Egyptian President Abdel Fattah el-Sisi to the President of Nepal which highlights our proud bilateral relations and our determination to make the relations stronger. I am here also to inform the Nepali leaders that Egypt has filed my candidacy for the position of Director General of UNESCO. I am also the African Union's candidate for the position.

Egypt is a leading country for Greek and Asian civilizations and I think I am able to represent the developing countries for this position. I conveyed this message from the President of Egypt to the President of Nepal.

I have implemented very important initiatives for UNESCO's Education for All movement. I also implemented girls education initiatives which provided education to poor and marginalized girls without excluding boys. This successful program has benefited hundreds of thousands of girls and boys. UNICEF has documented it as a role model for the developing countries.

Nepal is very rich in culture and heritage, but poor in terms of girls' and children's education. What are your plans for countries like Nepal?
If I get elected to the post, I will raise the issue of right to education as a basic human right. We have to make sure that every child  - boy or girl - goes to school with a friendly environment. We must invest in training teachers, and in other activities like cultural and social activities in the classroom.

Some of the heritage sites of Nepal are in the list of UNESCO World Heritage Sites. And Nepal is an example of many other developing countries that can comply with the requirements for putting their sites on the list.

Another area that I would like to work on is the reformation of UNESCO.But I think the first thing I will do when I go there is listen to the recommendations of the developing countries. I plan to help member states in every possible way.

What do you suggest to the government to enhance child education, women rights and capacity building in the sectors of science, technology and health?
I am proud of Nepal's achievement in areas of women rights and women empowerment. Besides gender equality, you pay attention to education which covers the areas of UNESCO. Education enables you to protect yourself from violence. It teaches you to protect your culture and heritage. Of course Nepal has made growth but you need to sustain it. Participation of women in the political life is very important.

Nepal and Egypt are celebrating six decades of bilateral relations. Can you suggest any new fields of cooperation between Nepal and Egypt?
Egypt has increased the number of commerce ships for Nepali products coming to Egypt. And we also want to have more cultural exchanges between the two countries. We have strengthened institutions for our mutual cooperation. And there are also other issues.

KATHMANDU, March 26: Expressing serious concerns over the recommendations made by the European Union Election Observation Mission (EUEOM) in its final... Read More...