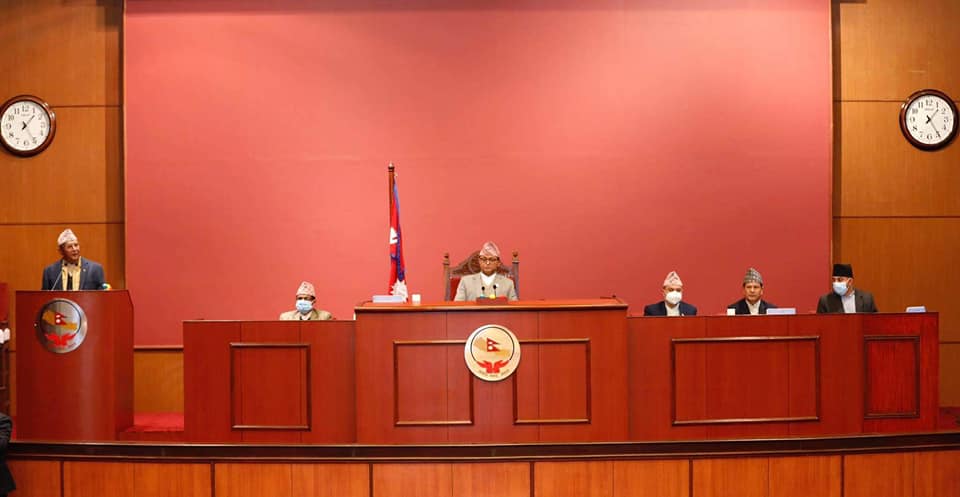 KATHMANDU, Jan 10: The winter session of the National Assembly has concluded on Sunday.

Within an hour after the Cabinet recommended to President Bidya Devi Bhandari to prorogue the National Assembly session, Ganesh Timalisina, chairperson of the Assembly, announced the same during a meeting of the Assembly.

Throughout the session, members of the Assembly lashed out at Prime Minister KP Sharma Oli's act of dissolving the House of Representatives (HoR), the lower house of parliament.

On Sunday, Oli turned up at the Assembly meeting and clarified that his move to dissolve the House was taken out of compulsion as the government failed to perform well primarily due to noon-cooperation from some of the leaders of his own party.

He also claimed that his move was constitutional and there was no possibility of parliament restoration.

"Now, it is time to go to the people to get a fresh mandate through elections," Oli told the lawmakers. 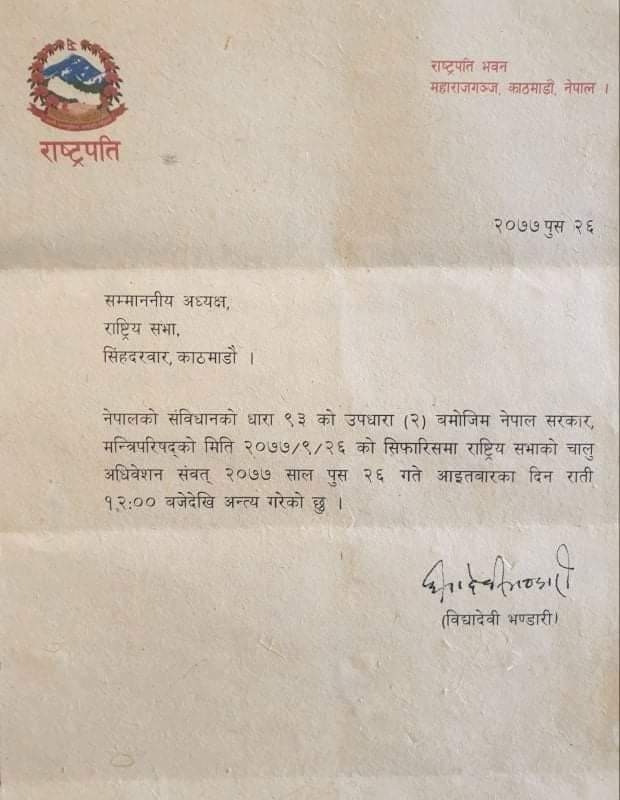 KATHMANDU, Jan 10: The Cabinet has decided to recommend to President Bidya Devi Bhandari to conclude the winter session of... Read More...

KATHMANDU, Jan 7: A meeting of the National Assembly, the upper house of the federal parliament, is taking place today. Read More...

Consumer price inflation remained stable at 7.26 percent as of mid-January: NRB
32 minutes ago