When will Nepal rise? 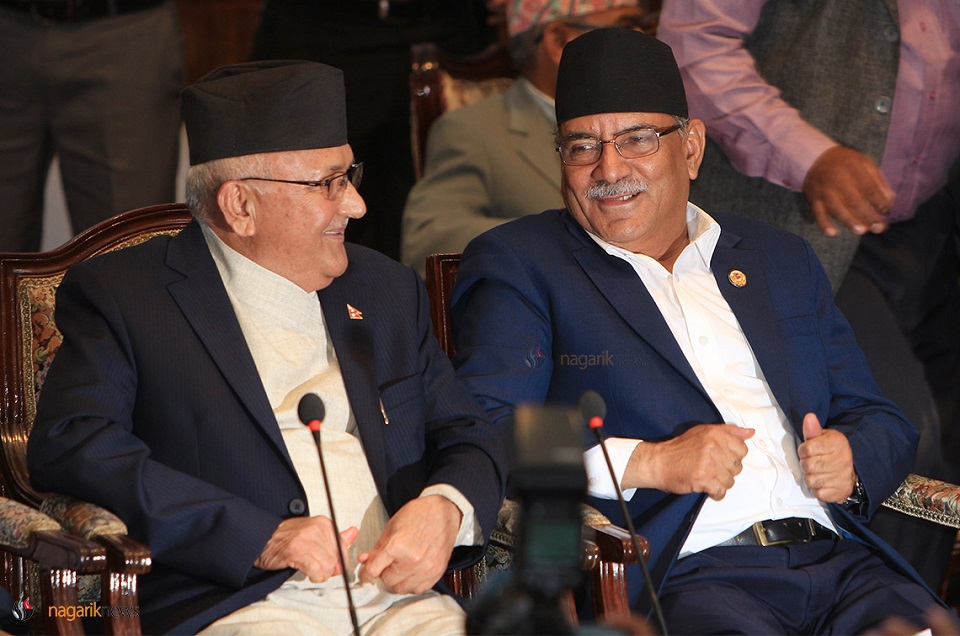 Every human society has a potential to prosper with good governance in place and committed political leaders in power.

Nepal is considered a massively blessed country by those who have visited it, seen it. Think of the resources—hydro, herbs and tourism in particular—which could change the country’s fate. We all know what has been preventing Nepal from being a vibrant economy and a smiling nation.

Euphoria over the landslide victory of Nepal Community Party (NCP) in 2017 elections started to evaporate soon after the 'powerful' government struggled to score high against its first battle—ending chronic cartels and syndicates in public transport sector. The overwhelming support of the commoners and the entire media when the government announced to reform the ailing transportation had created a magical atmosphere. People stood ready to walk miles to challenge the transport entrepreneurs and to help the government bring the private sector down to its knees. This overwhelming faith of people in the government was heart-melting. But it did not melt the heart of the government all that much anyway. The promised change never took place.

One fine day the government suddenly realized that Nepalis were consuming slow poison for years. Fish, meat, vegetables and fruits coming in from the southern border and reaching safely to our kitchen were 'identified' as highly poisonous due to overuse of pesticides. The enraged government announced to take actions. New Delhi felt the heat. For a few days, Nepal resisted, beelines of the Indian lorries loaded with vegetables and fruits couldn’t enter the gateways. This unexpected scene was a feast to Nepali eyes and a ray of hope for local farmers. A few days later, the momentum waned. As soon as the Indian embassy showed concerns, our government realized ‘it's not yet a time to take that harsh step'. Citing 'lack of homework’ or the lack of enough testing machines at the customs points, Nepali authorities returned to status quo ante.  We continue to consume the same poisonous stuffs in our kitchen.

In the last 30 months it has been in power, the government tried its hand in several fields. Apart from the developments on some national pride projects of mega budgets, other vital changes are hard to notice. In the new federal structure, local governments could also do something for which to give them credit for they get enough budget and they have enough powers. But most reports indicate that most of the local bodies are knee-deep in corruption.

All in all, general people continue to suffer even after fighting for and bringing the much desired change in the country with a strong and stable government. With Covid-19, economic condition of people has shaken badly and there is no sign of it bouncing back anytime soon. And the leaders trusted to rule and serve have become ruthlessly indifferent toward the people.

The tears and agonies of commoners don't seem to touch them. Their focus and attention is grabbed only by their own long unsettled ego and greed. Blinded by hunger for power, they cannot see things clearly. Indeed, it's sickeningly monotonous to see their deep rooted frustrations behind one after the other futile meetings. This in the country where people are most disadvantaged and deprived of basic services.

The top leaders lack novelty and convictions. The prime minister, though he doesn’t show it, must have been torn apart in his soul due to constant wrangling by his allies and enemies—inside the country and outside. His inability to handle things has dented his image almost irreparably. Covid-19 exposed the PM and other ministers to the full extent.

I believe he seriously means it this time when a tea seller near my house shouts in frustration: “Prachanda, Jhalanath, Deuba, Oli all should be kicked out for the sake of the nation. These new kings will make this country bankrupt.” I have heard him say this now and then. He echoes many other Nepalis who have failed to see wisdom, honesty and sensitivity in their leaders. He, however, still regards Oli as a different leader and wishes for his long life for attempting to bring back Kalapali, Lipulekh and Limpiyadhura. Common people know who is doing what.

The NCP is in a never ending dispute. As for the government, it feels as if there is none.

When will Nepal rise then? Never?

The alternative forces have failed to become the alternative forces. Sajha party and Bibeeksheel, which are now trying a patch up after split three years ago, are rather seen as a loose network of some sophisticated city centric people with no spine to bear hardships. To challenge the tycoons of Communist and Congress parties will be daunting for them. They have a lot to do before they emerge as a force for people to trust. Baburam Bhattarai’s Janata Samajwadi Party could be instrumental in shaping power dynamics but it could again split on the eve of elections.

There is not a single party you can look up with hope and confidence.

It is this sense of helplessness which makes common people think of likes of Gyanendra Shahi, former DIG Ramesh Kharel and TV host Rabi Lamichhane as better options. People are searching for a hero.

Hope is dying. When will Nepal rise? Who will lead the process? The same politicians who have failed the country time and again? Will it happen despite the huge foreign pressure coming from the south (now the north too)? It's very important to keep friends in size. It's important to rise. But where is the possibility? Who is the possibility? Where are the forces with vision and humility?

These are the questions whose answers we must find. Nation building is a collective responsibility. We get the leaders we deserve, it is often said. Indeed, there is a lot on our part for introspection: Have we yet learned to do away with the tendency to blindly support the parties we recklessly favor? Do we think of giving a chance to new forces? Have we raised our own bars?

If we cannot do anything, we can still stand for truth and justice. Our conscious choice, our rational views, our opinions  matter a lot. We can make the best choices. Kathmandu picked the wrong candidate in the last election. They all went to vote for Bidhya Sundar Shakya, an unknown face then, today known as a mayor in slumber. In three years, we have seen him commit a lot of unpardonable activities. The mistake Kathmandu made was it voted for UML. It did not vote to select a mayor who could govern Kathmandu. This attitude must change.

If we can at least establish that wrong deeds and wrong leaders are rejected, politics is bound to change. If we boycott the brainless cadres who protect their leaders at the cost of morality and justice, edifice of impunity will crumble.  Indeed we can change the system too if we focus on two important questions: Will our nation rise? In what (small) way can I contribute to its rise?

That corruption is rampant in Nepal has been attested by Transparency International’s annual corruption perception index report. What is really... Read More...