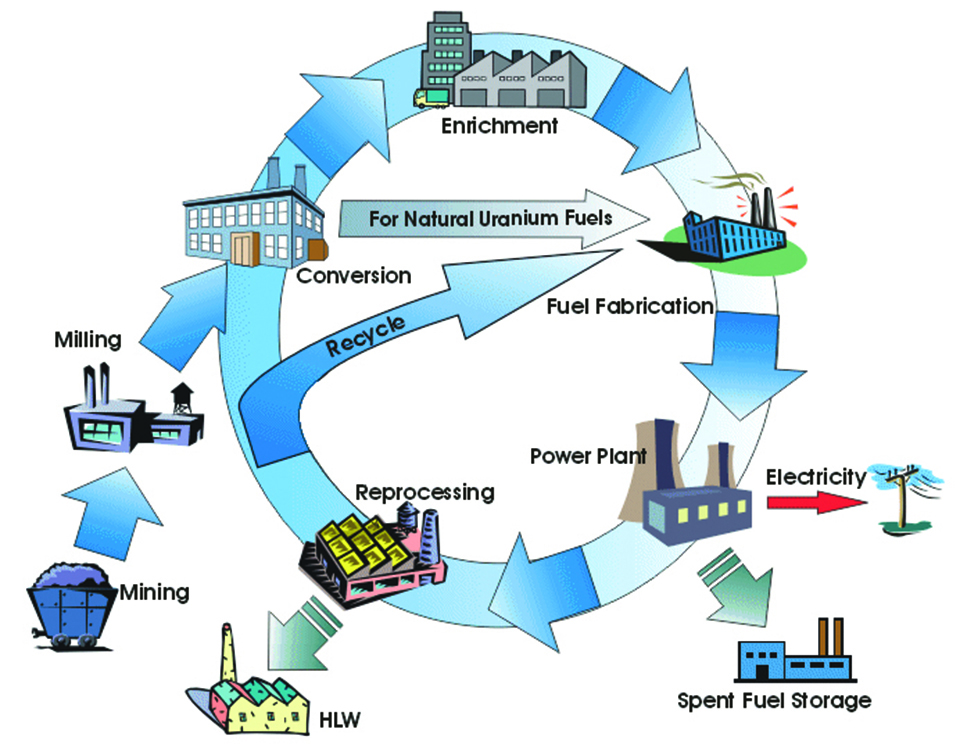 Nepal appears to be poised for a heedless jump into the thick of nuclear research reactors and nuclear fuel cycle facilities. This course should be avoided

Ministry of Education, Science and Technology has registered “Nuclear Bill” in the parliament to “manage safe and peaceful use of nuclear and radioactive substances.”  Medical diagnostics and radiotherapy utilize about 95 percent of all the radioisotopes in Nepal, varying from extremely dangerous to less dangerous substances. A legal provision for their safe use, transport, and disposal is a requisite both for safeguarding human health as well as preventing their misuse. In this context a ‘Radioactive Substances Act’ would have been a welcome event. Given economic and technical feasibility, Nepal could also opt for producing some radioisotopes with short half life: Flourine-18 for Positron Emission Tomography (PET Scan) and Molybdenum-99/Technetium-99m for Gamma Camera Imaging, for example. Both of these commonly used medical isotopes can be produced without using uranium source and nuclear research reactors (NRR). But the Bill does not dwell upon these non-reactor alternatives. It rather keeps trumpeting the necessity of safe use of nuclear material in nuclear fuel cycle.

The central thrust of the Bill is obvious. It is to open the floodgate for the processing, production and utilization and cross-border transportation of extremely dangerous nuclear material such as Uranium 233, Uranium 235 and Plutonium. If one reads just the definition section of the Bill, the intention of ensuring legal provision for all stages of nuclear fuel cycle (uranium mining, its enrichment as nuclear fuel or targets, transportation across the border of the produced nuclear material and radioisotopes and to use Nepal as transit for storage of these products to other countries) can be clear seen. What is even more interesting is that the ‘nuclear material’ includes Uranium-233 which is produced not from Uranium ore but by the neutron irradiation of Thorium-232. Globally, Thorium fuel cycle is emerging as an alternative to Uranium source nuclear fuel cycle.  One can see clearly that this Bill intends to prop up Nepal’s status to qualify membership for nuclear clubs where all options of manufacturing nuclear fuel are being granted.

All these may be music to the ears of those who are dreaming of ‘Uranium Shortcut’ to the cherished land of Nepal. But there are many dark sides of such thoughtless venture especially in a country which prides in its pristine environment, which has the potential to become a haven for peace in conflict ridden world, and which is blessed with the vital reserves of fresh water, the most fundamental of human existence, and for that matter, of other life forms and ecosystems.

One glaring dark side is that all above nuclear isotopes can be used to make nuclear bombs. Natural state Uranium has more than 99 percent U-238 and less than one percent U-235. The prize element, same for nuclear bomb and radioisotope source, is U-235. So it is separated from the natural uranium in various concentrations. NRR uses both High and Low enriched U-235 (LEU) for radioisotope production and the current trend is to limit it to LEU (<20 percent). Highly concentrated or enriched U-235 (>90 percent) can be used for radioisotopes or weapons.   Plutonium-239 is produced by irradiation of Uranium and used in Plutonium bombs and nuclear reactors. This unwanted potential lying dormant in the heart of Uranium and Plutonium explains the emphasis on “peaceful use.” It is a standard term of International Atomic Energy Agency (IAEA) to exhort the aspirant country that such nuclear material should not be used for bombs and explosive devices. Member countries must forbid such use, which this Bill also does. However, this very clause flags the palpable danger that lurks underneath, pulsating and ticking as the time passes by. It could be out of control as has been the case of some research reactors, most notably CIRUS of India which has allegedly supplied plutonium-239 both for first and second nuclear bomb explosion of India.

So let us get the facts right. Uranium is a dirty and dangerous source of energy and radioisotopes. Dirty because it is detrimental not only to human and other life forms but also to soil, water and air since its radioactive waste can remain for millions of years, bringing untold damage to the fragile environment of earth.   Half life of natural state Uranium 238 or its by-product depleted Uranium (DU-238) is 4.68 billion years, which by comparison, is a little more than one third of the estimated time taken  from the conjectured beginning of Big Bang to the present. Half life of U-235 is 700 million years, U-233 is 160000 years and Plutonium-239 is 24000 years approximately.

One thousand tons of enriched uranium productions will by-produce about 100,000 tons of depleted uranium and two million liters of radioactive water. In Nepal the hazards of pollution from pesticide and chemical fertilizers are overwhelming but hardly anything has been done to control it. If Nepal grants licensing rights for operating nuclear fuel cycle as per article 17(6) of the proposed Bill, one can imagine the astronomical cost for production and purification of nuclear material as well as the scope of damage brought by this nuclear and radioactive pollution. For those who are raising the cacophony of cheap radioisotope production in Nepal and their medical and agricultural use, the image of the constituent parts of ‘Paramanwik Indhanchakra’ or nuclear fuel cycle in the following diagrams should be an eye opener.

Uranium and Plutonium are dangerous because apart from radioactive pollution, the depleted uranium could also be used in armor piercing ammunitions and projectiles, which is why they are the much sought-after materials for military and terrorists alike. Dangerous because the nuclear research reactors and power plants, small or big,  are subject to human and mechanical error, accidents, natural disasters and terrorist attacks. Chernobyl and Fukushima are cases in point which caused colossal damage to human and environmental health.  Dangers generated by these isotopes cross the realm of technical and enter into political and diplomatic sphere, particularly in a geostrategic hotspot country like Nepal.

But Nepal appears to be poised for a heedless jump into the thick of nuclear research reactors and nuclear fuel cycle facilities. The Bill calls  ‘individuals’ and ‘institutions’ (not specified whether national or foreign) for a competitive bid for ‘license’ to open such reactors and plants as if the bid is for establishment of some industry or business venture. Since nowhere in the 26 page Bill one finds the mention of academic teaching, learning and research on nuclear science, it will not be an exaggeration to say that the Bill is more about facilitating ‘nuclear businesses’ than promoting ‘nuclear science.’  Could such miss happen? It has. The Bill reads as if it comes from Ministry of Industry and Commerce rather than Ministry of Science and Technology.

Interestingly, the whole justification of the Bill is production of radioisotopes, primarily medical, but it evades the discourse of the development of latest ‘state of the art’ scientific technologies towards this end and attempts to push Nepal to risk laden path of nuclear reactors and nuclear fuel cycle. Many a country have burned their hands from the  use of NRR in producing radioisotopes and are developing alternatives  such as magnet run cyclotrons or even new generation of linear accelerators.

Canada is an example. It has the biggest Uranium producing mine in the world and advanced nuclear technologies. Canada’s National Research Universal Reactor used to produce more than half of Mo99 of world demand (mo-99 alone comprises 80 percent of all radioactive isotopes used in the world). When it was closed because of its age and leakage, Canada has become a lead example in safer and cheaper alternative of non-reactor decentralized production of radioisotopes through cyclotrons, suitable for the demands of both PET Scan and Gamma Cameras.

If this Bill promotes nuclear business rather than science, encourage high risk technology in place of safer alternative, invites damage to environment beyond any imagination, puts human health and that of all life forms at grave risk, and strains our geopolitical relations, then we must ask the architects of this bill: Why this hurry to submit ‘Nuclear Bill’ to the Parliament sans public discussion?

The author, former Ambassador of Nepal to China, is also a former Vice President of International Physicians for Prevention of Nuclear War

While in an advanced American hospital, I thought of hospitals back home, villages where women are forced to give birth... Read More...