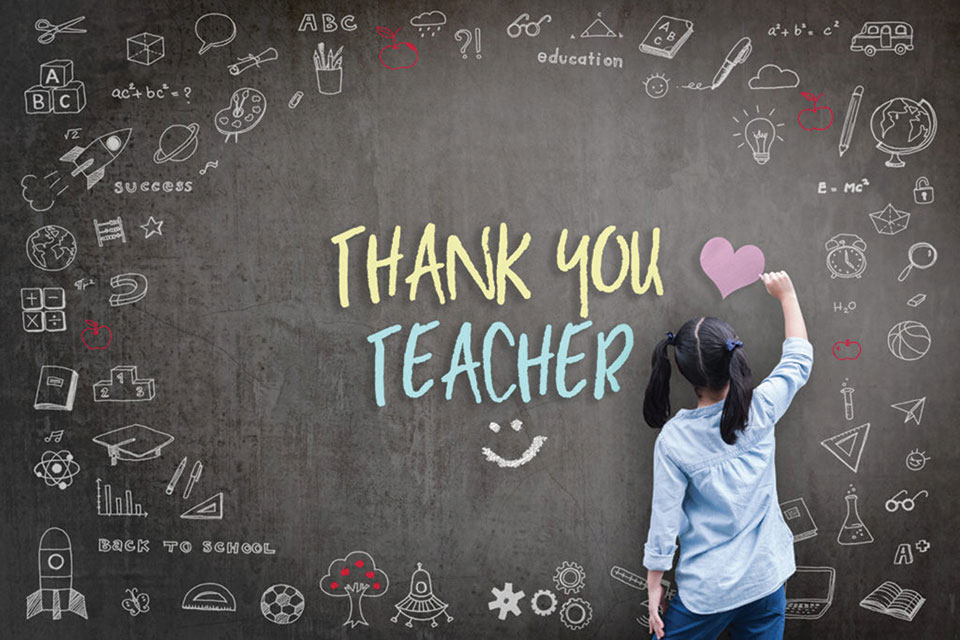 A teacher’s importance is very well represented by the above doha.  If both God and teacher were standing together, who would you respect first? It asks. Giving due respect to the teacher Kabir says, ‘I would respect the teacher first, who would then show me the way to reach God’. It is a very simple thought, but a very heavy one at that. You might be thinking ‘who are you to tell us about a teacher?’  I agree with you.  It is beyond me to explain the complexities of a guru/ teacher, still this week I felt like writing about the importance of being a teacher.  Now that I have decided to write, I better tell you why teachers are important in our life.

If you think with a cool mind, you will find the answers too. Do you remember your parents respecting their guru?  You must have heard numerous times from your parents that teachers are very important in your life. I am pretty sure you too have told your children many times that teachers play a very important role in our life. They help us become successful in different areas of our interest and show us the way to success, whether it is career, business or just life. They play a big role in shaping a child’s future. They are the role model for your child because children spend most of their time with their teachers, more than what they spend at home.  A good teacher helps children to become good human beings and good citizens of the country. Teachers put in their best effort because they know students are the future of the nation. So, we can say that the future development of any nation is in the hands of teachers. What we become in life depends on teachers.

Source of learning
Teachers come in all forms.  They could be school teachers who convey the data and information to a student’s brain for them to analyze and use in the future. Teachers could be parents. Mothers play the part of the primary teachers. Teachers were also the great rishis of the Gurukul, where knowledge and information was transferred from generation to generation orally. Teachers were very powerful during those days.  They could make or break a person’s future. There are numerous stories in our mythologies that show the importance of a teacher.  So, you see, the tradition of having a guru (teacher) is not new. There is a very interesting story about Narad not having a guru.

It so happens that Narad, being Brahma’s manas putra, had learned everything from his father at the time he came to the world.  Once he was attending a function at Swarga lok (heaven) and he realized that he was seated below everyone.    He was surprised and unhappy.  After the celebration Narad asked Brahma, despite being Brahma’s son, why he was given a seat below everyone. Brahma responded by saying that since Narad did not have a guru, he was placed below everyone.  After this incident Narad decided to find a guru for himself.  This is just one story that deals with the importance of a guru.  If you stop and think, you too have a guru of some sort.  Just remember that a guru does not have to belong to the classroom situation.  Teacher is anyone who teaches you something.

On this note, I would like to share something form the early 90s.  I had just returned from the US after a long gap and had yet to learn about the way certain words were used. One of those words was ‘guru ji’. One day some people came to our house for dinner.  After everyone had their dinner, the guests asked if the ‘guru jis’ had also had their dinner. I was in for a reverse culture shock. Later I realized they were talking about their drivers.  I did not find any connection between a driver and a guru.

After few days, logic hit me.  It is very likely that at one point someone must have learned to drive from their driver and genuinely took his driver as a guru and called him ‘guru ji’. Later ‘guru ji’ became a synonym for a driver.  Now for the world, a teacher is just a teacher and a ‘guru’ is a person who has followers, even if he is followed for things other than religion or philosophy.  At the same time a person with knowledge or expertise may be called a guru, if he influences by personal teaching.  Despite being a Sanskrit word, it has made it to the modern English dictionary, but in Nepal, guruji is a driver and teacher is a teacher in a school.  Yes, we all celebrate teacher’s day on Guru Purnima.  Politicians come, give moving speech and then forget about them.

Respect they deserve
People share few posts on social media on teacher on that day and then forget. People forget more things than they are learning from teachers just because they are not serious. Parents have a tendency to take the teachers very lightly and usually do not fail to belittle them in front of their children.  As a result, the children become biased.  Before showing any disrespect to your child’s teacher just remember that a teacher’s job is to lead a student to the fountain of knowledge. Whether the student drinks deeply or only gargles is entirely up to the student. Yes, it is possible that some teachers are very good and some not so good.  Then again there are always exceptions.  You should not let one exception form biased views on teachers.

Fortunately, now some schools have started giving teachers due respect.  As a result, students also respect their teachers.  Often there is a very good bond between the students and the teachers.  Students appreciate their teachers’ efforts, sacrifices and contributions.  I recently read a news report that in Bhutan, teachers and the doctors are the highest paid civil servants.  I believe that’s the right way to honor these two groups of people by the government.  I consider teachers to be the real VIPs.  After all they shape the future of a country.

Let us acknowledge the fact that we need teachers on every step of our life and career. I quite agree with George Bernard Shaw who says “to me, the sole hope of human salvation lies in teaching.” I think teachers are important not only for students, they are equally important for the society as well. Anyone can be a teacher, as long as you consider them a teacher/ guru and see them through the eyes of a learner.  In Yoga, you definitely need a guru/ teacher to reap the benefits of it.  That is because there is always a chance of you taking your ideas to places of extremity resulting in distortion, and that is where a guru comes in.  Similar is the case with any other discipline. They guide you in the right direction, teach you to control your impulses.

Finally, just the thought of guru/teacher overwhelms me. There is so much to write about them.  This is just a beginning.  Teachers are the ones, who like a candle, consume themselves to light the way for others.   It is our responsibility to teach our children to give due respect to teachers because they are the ones who shape our children’s future.

KAVREPALANCHOWK, Feb 16: Minister for Communications and Information Technology Gokul Prasad Banskota has urged the schoolteachers not to knock at... Read More...