Who will save the Oli government? 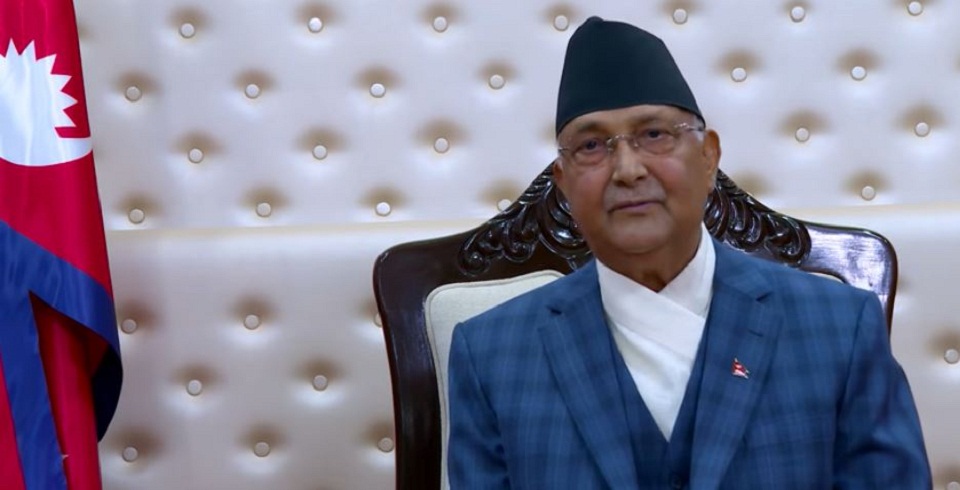 People are the most faithful defense of any government. They can save it from all miscreants. But PM Oli and his ministers are alienating them, mortifyingly.

If there has been one big change in two and half years since Prime Minister K P Sharma Oli took office, it is near complete reversal of public faith in him and his government. The expectation that his administration would do better than previous ones has died down completely. The hope that coming days will be better, governance will improve and the Prime Minister will change the way he is governing the country has been shattered.

That ruling Nepal Communist Party (NCP) can split anytime is no longer a matter of worry for larger public—except, of course, for some of the party leaders and cadres. As Oli has descended to the lowest point of unpopularity, if he is forced to relinquish, by whatever means, there might be no regret, no sympathy either.

Two basic factors had sustained the public trust in him. First, Nepali people, with memories of decades of instability, gave the benefit of doubt to Oli because they feared that replacing him before the five-year term would herald the era of instability, and, with it, development and governance would suffer. There was a general consensus that an elected government should be allowed to serve full term.

The notion that a stable government can enhance governance no longer holds. That such government can also become accountable has proved to be a myth.

The government of K P Sharma Oli has lost nearly all goodwill. His ministers are not performing well. He himself has stood as the facilitator of corruption rather than as a figure to rely on to root out corruption, in a number of cases, most glaringly in Omni scam. Auditor General's report of this year presents a disturbing picture of how government machineries—from the federal to local level—are bent on misusing the state funds, mostly for personal purposes.

With internal dispute festering every single day in Nepal Communist Party (NCP), PM Oli has lost supporters inside his party too.

General mood is that of anger and indifference. People do not care if Oli is removed from power. Needless to say, Oil’s removal from power will open Pandora’s Box of government instability and even risk undoing some of the gains of 2007. But these risks pale in comparison with his incompetence. With each passing day, frustration and resentment with the government is brewing. With each passing day, perception is building that anyone—just anyone—can be a better prime minister than Oli.

On foreign relations, we can no longer bet on Oli regime striking a balance between China, India and the West (mainly the US). One wonders how long the soft-spoken foreign minister will be able to rationalize  the consequences of mistakes his senior leaders in the cabinet and the party make.

Three factors contributed to what can be described as a lopsided foreign policy conduct of the government and NCP. First, the endless deferral of Millennium Challenge Corporation grant of the United States. The NCP has not been able to get 500 million dollar grant project endorsed by the parliament nor reject it, creating the impression that Oli regime is less friendly with America.

Second, Nepal parliament’s endorsement of political map with Lipulekh, Limpiadhura and Kalapani region led to the situation of communication breakdown with India. Oli is not to be faulted for this but with remarks that 'Indian coronavirus' is more lethal than from elsewhere and his recent offhand remarks about birthplace of Lord Ram gave a recipe for Indian establishment to point to these follies and say mapping of Lipulekh, Limpiadhura and Kalapani was a mere stunt.

The fundamentalists in India have exploited this misstep to threaten us of the consequences and to pick scuffles with Nepalis living along the border areas. If both sides do not exercise restraint, it could drag Nepal and India into new tensions.

Third, NCP leaders' show of deference to Communist Party of China (CPC) and repeated exchanges and interactions between the two helped build the projection that NCP, as a political entity and its government too, is friendlier to China than with any other countries. Efforts made by Chinese ambassador to Nepal, Hou Yanqi, to keep NCP from falling apart have reinforced the perception that Nepal under K P Oli is cozying up to China.

So India is angry and looks determined to exploit any means to unseat Oli. Unhappy, the US is likely to follow India's position. China looks equally determined to retain him in power. It is yet to be seen how and where this geopolitical push and pull will end. But there is no doubt that the Chinese want to keep this government intact because they think their interests can be better served with NCP in the driving seat. The moment they realize the current dispensation is no longer capable of safeguarding their interests, they will likely take a hands off approach toward Nepal.

On domestic front, people no longer trust NCP as a party that can rule and Oli as a figure who can be trusted to rule.

On June 28, PM Oli said India is plotting to unseat him.  He may only know how he came to know about it and whether it is true but current situation is such in which foreign powers can play from behind the scene to change the regime from the position of deniability.

For those of us who lived through the 90s and 2000s, this premonition should not sound like an unnecessary alarm. At the face of incompetence of rulers, foreign powers find space to maneuver change and that looks perfectly justifiable to people. Such stratagems may also go completely unnoticed at the weight of misrule.

Think of the late 1980s.  Nepal was under throes of blockade. Indian position with king Birendra was hardening and they were trying to exact concessions from Nepal on foreign affairs and defense. Back home, pro-democracy movement was gaining momentum and people were being killed. India played a major role in clipping the wings of the monarch and yet it looked like it was the absolute consequence of mismanagement of domestic politics. Even if the King spoke of foreign pressure, there would be no one to buy his argument then.

About the political change of 2006, we came to know much later how New Delhi was involved. Back then we were angry with King Gyanendra because he was becoming repressive and was failing to deliver on development and governance. When the government fails and becomes incompetent, foreign meddling looks like the natural consequence of domestic mess.

Now if Oli is thrown out because of foreign meddling, people will not sympathize with him because they are sick of his poor governance, his unbridled words of scorn and offhand remarks against anything, anyone.

While Covid-19 pandemic came as an opportunity for developed countries to show how best prepared they were to combat the deadly disease, in Nepal, it came to test the sincerity and the commitment of the government ministers, including the PM, to serve and reassure the people.

The government ministers and party leaders invested all their efforts in defending the wrong moves, sustaining the mess in the party, while larger issues of post-pandemic economic recovery, preparedness in case of further outbreak of pandemic and reopening of schools and colleges remain completely unaddressed, even now.

If anything was stark in these four months, it was how those in power seek to make money even while the people die of disease and suffer hunger. In this situation, why would anyone care if Pushpa Kamal Dahal is colluding with foreign hand, as Oli supporters would have us believe, to remove the PM?

Even if a great conspiracy happens against Oli, I do not see if anyone will stand to speak against it at the moment. Some rational media outlets, which at least called spade a spade, are on the verge of collapse. The Covid-19 has provided a fair excuse for Nepal's media moguls to keep their workers unpaid or underpaid, sack them or even close the publications. The biggest risk of this will be we the Nepalis will lose our own narrative.

People are the best and the most faithful defense of any government. They have the power to save it from the hands of miscreants, inside and outside the country. But PM Oli and his ministers have mortifyingly alienated this best defense and, yet, they don't seem to have any compunction.

When in power, wise council, criticism and warnings in good faith sound like mere words to leaders. But whenever (hopefully one day) they have a rude awakening, they will have so much to rue.

KATHMANDU, June 13: Bibeksheel Nepali Dal on Friday expressed its solidarity with the recent protests in various parts of the... Read More...

An important aspect for this is world’s participation with respect to creating open data. Where does the data come from?... Read More...

Study: Vaccinated people can carry as much virus as others
51 minutes ago