WHO designates Tilganga Eye Hospital as its coordinating center 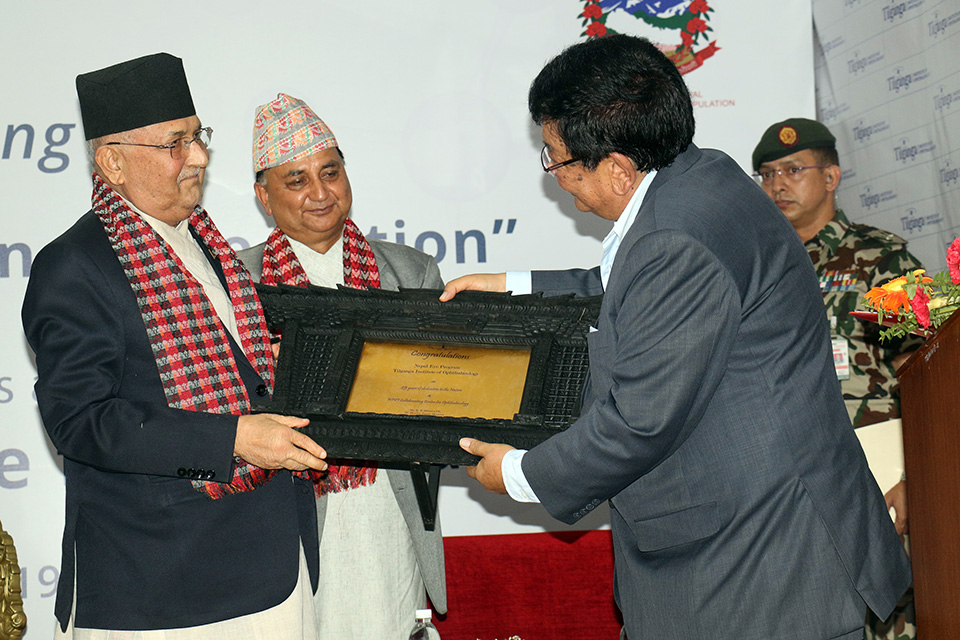 KATHMANDU, July 22: World Health Organization (WHO) on Monday has designated Tilganga Eye Hospital based in Tilganga of the valley as its coordinating center.

WHO designated the hospital as its coordinating center in the presence of Prime Minister KP Sharma Oli amid a function organized in Kathmandu to mark its  25th anniversary.

According to the WHO, the eye hospital has been designated as its coordinating center due to its significant contribution to eye health care, lens production and research on eye health.

Speaking at the program, Prime Minister KP Sharma Oli said that the hospital has contributed significantly to the government’s campaign of prosperity by doing extraordinary work in the field of eye treatment.

PM Oli has also praised the Executive Director of Tilganga Hospital Dr. Sanduk Ruit and his team for their significant contribution to the eye care treatments.

He further said that the government is always ready to provide any kind of necessary help to the hospital administration.

Likewise, speaking at the same program, Deputy Prime Minister and Health Minister Upendra Yadav informed that the government has introduced health policy that focuses on the provision of  quality eye health services, among others.

Minister Yadav also announced his plan to establish an eye unit in the Ministry of Health and Population.

Executive Director of Tilganga Eye Hospital Dr. Ruit reminded the participants of the contribution the hospital has been making to eye treatment for the last 25 years.

About six million eye patients have been treated and more than four hundred thousand people underwent eye surgery so far, according to the hospital report. 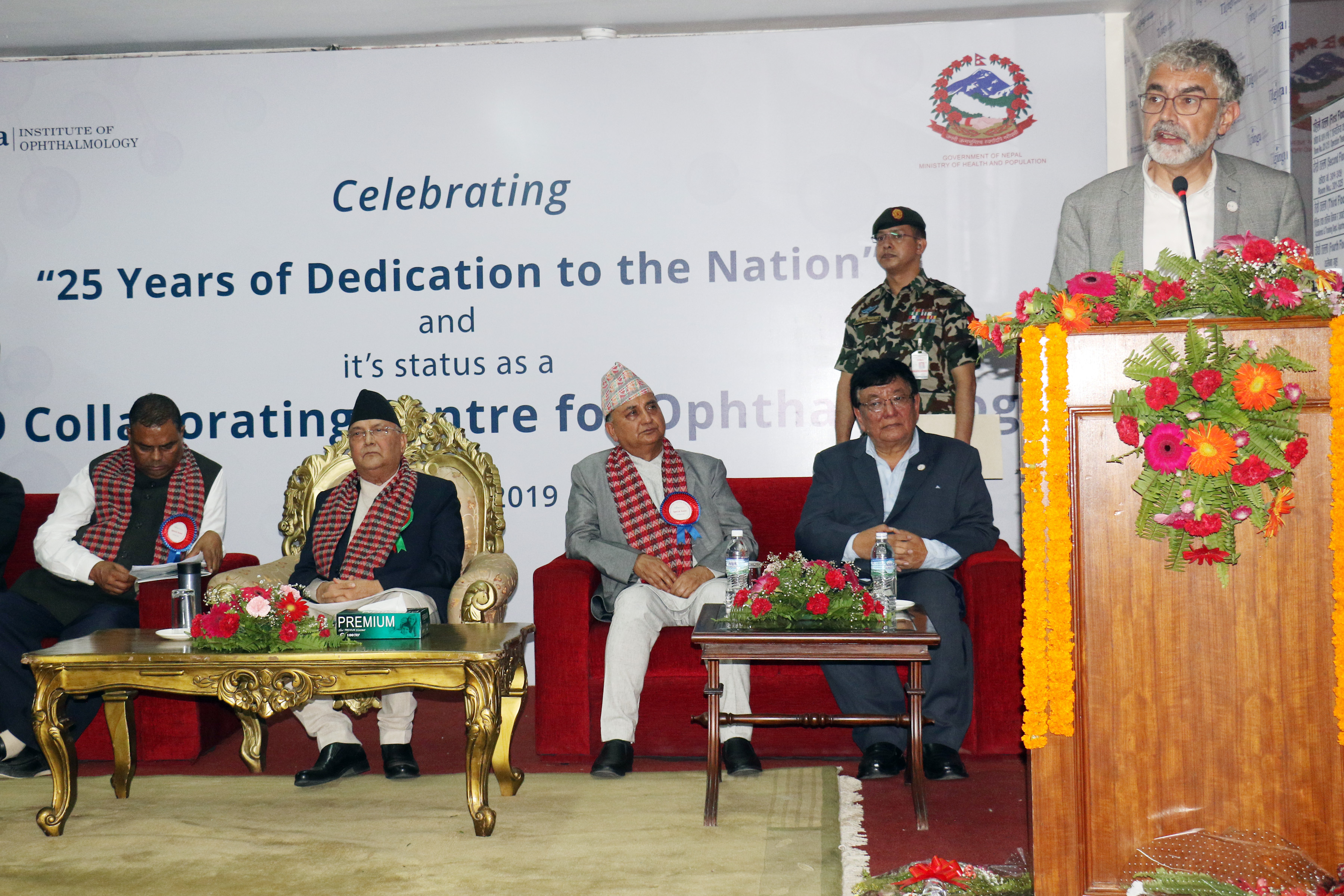 WHO pledges to support Nepal in health emergency preparation

These days if we aren’t sitting at our desks and working on the computer or watching some TV, then we... Read More...