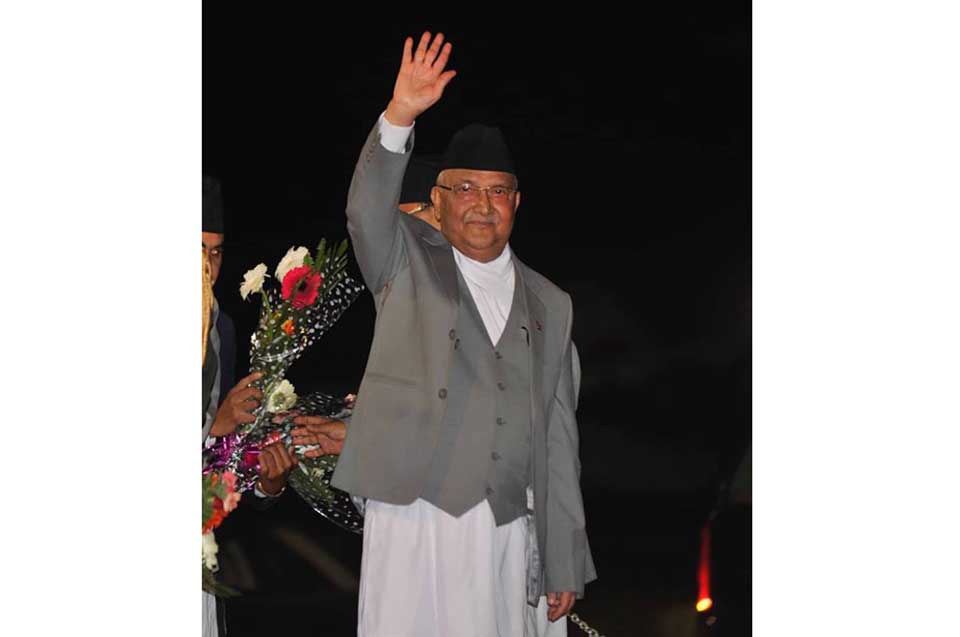 In an unjust world order, where small countries are finding it hard to survive, what can Nepal expect from the UN?

Stanley Kubrick’s famous quote on great nations and small nations is quite unforgiving and blunt. Yours truly is pretty sure that quoting the celebrated film director-screenwriter-producer here would be in bad taste, especially at a time when the successor of the League of Nations is holding its 73rd General Assembly at the Big Apple and none other than our Prime Minister is leading a jumbo Nepali delegation, rubbing shoulders with philanthropists as well as who’s who of world politics and business.

Yours truly hopes a country used to his humorous tukkas will somehow cope with his absence while he generates some heat and a lot of light in a world that is finding hard to make space for super and hyper-powers that happen to be our neighbors, even as the reigning superpower seems to be gradually leaving the arena by pulling out of the Human Rights Council, the Paris Climate Accord, and boycotting efforts to set global rules on migration.

What is this world coming to? What will a world without the universal policeman look like? Are other trigger-happy cops willing to do this thankless job in a world where ‘one man’s hero is another man’s terrorist, as a wizened soul once put it?

Indeed, the world has come full circle with the leader of globalization, liberalization and the champion of the free market economy talking of building Great Wall-type walls along the Mexico border to curb the flow of migrants and taking measures to protect its enterprises from the fiery dragon and the cuddly elephant willing to push their goods and services into what still is the land of milk and honey with a depleting stock of both. What’s more, he has even suggested that Spain build a massive wall straddling the Sahara desert, even as open border continues to make our borderlands extremely vulnerable.

What’s there for us?

Restructuring of the world body has been on the agenda for years, with our dear neighbor lobbying for it. What does this striving mean for countries like Nepal in view of the fact that we will have to make a stand on the issue if the neighbor remains resolute in its pursuit? It means giving one more country—to paraphrase Kubrick, another ‘great country’—the veto power instead of denying veto to all greats in the comity of nations, no matter whether they are from the erstwhile Warsaw or NATO pacts or Non-aligned Movement, on the basis of sovereign equality.

But sovereign inequality has been the norm since the days of the Ram Rajya (the ideal state) or before and will continue to be so till this universe ceases to exist with or without world bodies like the League of Nations and the United Nations, it appears. Thanks to this inequality and utter failure on the part of world bodies like the UN, among others, many countries have ceased to exist due to extraterrestrial conspiracies of their big neighbors. Their footprints are all over in this neighborhood with a lot of inequalities and a few similarities.

Thanks to this unjust world order and increasing clout of big neighbors, countries like Nepal are unable to assert their sovereignty and fast sliding into a vegetative state, despite their immense contribution to efforts aimed at maintaining world peace. In many cases, the irony is that while these brave soldiers give it all for world peace by participating in UN peacekeeping missions, troops from the neighborhood storm into their homes and cause all mayhem, while the world body looks the other way. Despite participating in such missions for decades, countries like Nepal hardly get a chance to lead such missions.

While a state like Nepal cannot even protect its territorial integrity from marauding forces from one or the other neighbor(s) that thinks it is their birthright to commit atrocities against its neighbors and plunder its resources, the world body never bothers to speak for the vulnerable countries.

This is not the only front where the world body has failed states like Nepal. It has been helpless when it comes to dealing with the inflow of refugees, resulting from ethnic cleansing policies of rogue regimes. Decades after the refugee crisis that grappled Nepal though it had no shared border with Bhutan where the crisis originated, another crisis seems to be afflicting Nepal: the Rohingya refugee crisis originating in Myanmar, another country that’s not land-linked with Nepal. Also, there are fears that divisive policies of a state that takes great pride in its democratic credentials will render millions of people stateless, giving rise to a humanitarian crisis that will hit vulnerable countries like ours the hardest. The world body seems to be blissfully unaware of such a scenario that can further destabilize the subcontinent.

Also, the world body has failed states like Nepal when it comes to helping protect her water sovereignty amid unilateral construction of water regulatory structures along the southern border, resulting in loss of huge swathes of Nepal’s fertile flatlands.

Where’s the World Commission on Dams, by the way?

In an unjust world order, where small countries are finding it hard to survive, what can Nepal expect from the world body? Not much.

Of course, our leaders know where and how to fit in as long as it’s a foreign trip, that’s why they have squeezed in to make what sections of the Nepali media have described as another jumbo team on junket. The departure of Oli and company to the Big Apple and beyond comes at a time when the country is in serious confusion in the wake of the BIMSTEC episode that dragged the national army into controversy, a deteriorating law and order scenario, a bleeding economy worsened further by steep hikes in the prices of petroleum products that has increased inflation and a public wary of all this. With troubles raising their ugly heads at home, the two-thirds majority government will indeed get much respite abroad for the time being.

But what will we the people and the country get from all this in these bleak times when even a ray of hope appears to be a luxury? A well-deserved break from funniest remarks coming from top political echelons. This break will help us remain sane as we will, most probably, have to welcome a leader from the neighborhood, once more, in a very short span of time.