Nicola Pollitt is the British Ambassador to Nepal.
news@myrepublica.com

Why we need sustainable action to tackle the climate crisis and speed the green recovery from COVID-19.

Last week we saw the world step up on climate action. The leaders of 75 countries set out their new Climate Ambition at a UK-COP26 hosted Summit. Importantly 24 of them, including Nepal and the UK, set out the dates by which they will be ‘Net Zero’ carbon emitters. In Nepal, Prime Minister K P Sharma Oli declared Nepal’s ambition to achieve net zero emissions by 2050. He also announced that Nepal would develop 15GW of clean hydro power, maintain 45 percent forest cover, and ensure that 90 percent of new vehicles be electric by 2030.

In the UK, Prime Minister Boris Johnson committed the UK to a 68 percent reduction in emissions by 2030. He also announced that the UK would ban all petrol and diesel car sales, protect 30 percent of its land and sea by 2030, and use its famously turbulent weather to turn the UK into the global leader in wind power.

These important commitments from world leaders mark real progress. But we need to do more. Global action can still limit the increasing impacts of temperature rise, storms, floods and droughts that climate change will bring. Action can still make a real difference in Nepal. We could still limit temperature rise and glacier loss to a third (as opposed to the two-thirds that will be lost by 2100 if we do nothing). We can still take action that will prevent new waves of climate shocks and prevent rising levels of diseases like malaria and dengue fever. So, what do we need to do?

We need to accept and celebrate that the move to a climate resilient, low-carbon world that seemed incredible ten years ago is now unstoppable. We must embrace it, support it and drive it. The only question left is: ISs progress happening fast enough to limit catastrophic climate change?

New technology has changed forever the economics of low-carbon development and climate-risk management. Low-cost solar and hydro can now fuel green growth more cheaply than dirty coal. The UK has cut CO2 emissions by 43 percent since 1990—whilst our economy grew by 75 percent. Nepal with its abundant hydro and solar power is uniquely well placed to take advantage of this revolution. Having avoided investing in fossil fuelled power, Nepal is ready to leapfrog the ‘dirty development’ paradigm that fuelled growth in the 20th century.

Lower cost clean power can help us keep our cool in extreme temperatures and pump the irrigation water for drought-affected crops. Similarly, we can now use satellite forecasting to prepare better for floods and to reduce losses. We can use climate models to lower the cost of climate insurance and new biotech to increase the climate resilience of crops.

From global leaders to grass roots civil society, everyone has a role to play. Nepal is leading the world in this respect, recognising that local action on climate adaptation needs local responses, it has committed to ensuring that all 753 of Nepal’s local government units have climate plans in its Nationally Determined Contribution (NDC). The UK is investing in these local plans to help the most climate-vulnerable communities. But let’s not forget the role of the federal government whose recently approved climate strategy has a gender and social inclusion policy to ensure that this aspect of work on climate is not left behind.

It is predicted that globally over 100 million people will be forced back into poverty by 2030 as a result of climate change. The biggest impact will be felt by vulnerable groups. For example, women are disproportionately impacted by climate change in Nepal, whether by floods—where more women drown then men—or in agriculture—where women do most of the work. But women’s voices often go unheard, despite being essential to tackling the climate change issue. That is why over the coming year the UK will be working with women in Nepal to amplify their voices and take on the climate leadership challenge.

The right government policies are critical to give people and businesses the nudge they need to make climate-smart choices. To choose an electric vehicle, plant drought-tolerant crops, buy insurance or invest in green companies. Supporting hand ‘ups not hand-outs' to drive the innovation needed to scale up sustainable change. It’s now time to review how these no-cost actions can support a green recovery, and low carbon development. 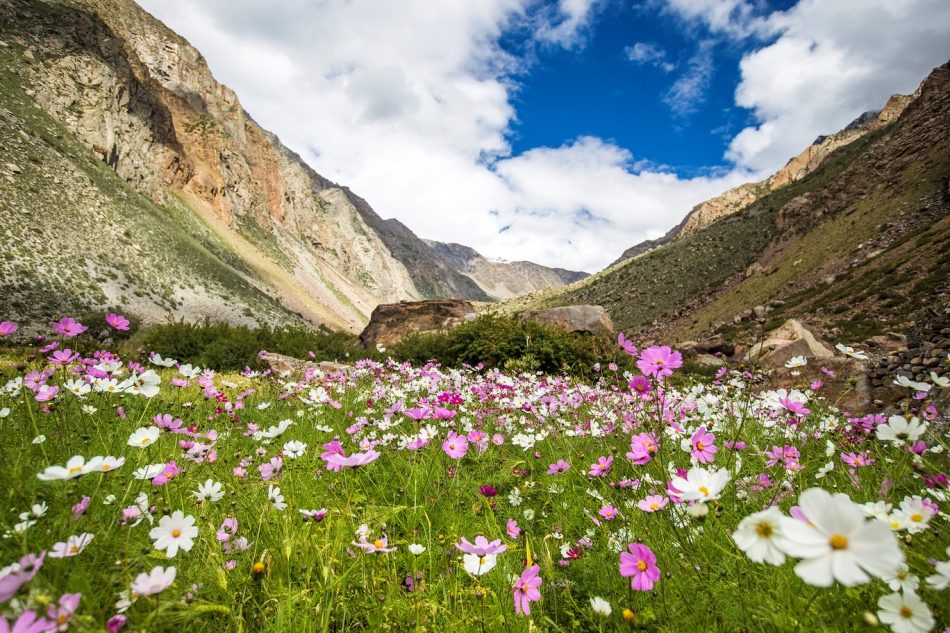 Theresources required to tackle climate change in Nepal are huge. Nepal estimates that it needs $25 billion on top of the $3.4 billion from the government to meet the commitments that PM Oli has announced. Support from Nepal’s development partners will fill a large part of that gap. But the private sector has a critical role to play. It must fill at least 50 percent of the gap. This is not corporate charity.

Climate change is not a feel-good cause that we have the luxury of choosing to support or not. Nor is it a job for business alone. The government needs to create the environment for investment. This means getting the incentives and institutions right to make low carbon, climate-resilient business viable and safe. For major investment, safe is best. In essence, we need to make climate investments ‘boring’ and increasingly predictable, low risk, and with fair returns.

Nepal’s development partners are ready. Last week we collectively announced a $7.4 billion package of support for green recovery in Nepal. These are funds which, if used to leverage private sector finance, will meet Nepal’s climate investment needs. The UK has doubled its international climate finance to $11.6 billion over the coming five years. But international co-operation goes far beyond funding. The UK is already working with Nepal to amplify the climate message from the Himalayas and take it to the COP 26 negotiations.

Nepal’s COP26 team, led by the President, has our full support in showing regional leadership including through events like the Sagarmatha Dialogue.

To conclude, we know that actionon climate change is possible. We have the tools to limit temperature rise to 1.5oC. But we must all act now. The government must lead the way by showing how its climate ambition can be delivered in the eight sectors set out in its climate policy. The private sector role should be developed, and development partners, including the UK, should align their support to these priorities.

Only one question remains: What will you as an individual be doing?

Prime Minister Oli is very much the part of the problem. Therefore, cannot be part of the solution. ... Read More...