What is missing in budget for agriculture? 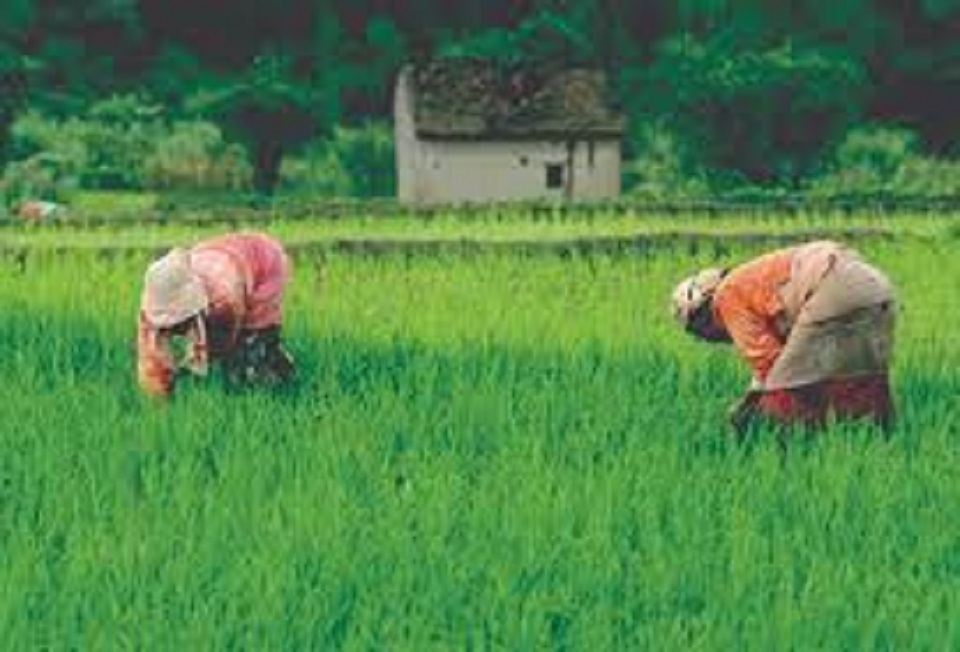 Budget of this fiscal year has no concrete programs to address food deficit, which is going to be a major challenge for Nepal.

The government has allocated Rs 41.4 billion for the agriculture sector in this year’s budget. Many had high expectations that the new budget would be a dramatic departure from the past and make bold decisions to allocate more budget in agriculture. However, the share of agriculture budget to the total budget stands at 2.8 percent. Furthermore, the Ministry of Agriculture and Livestock Development (MOALD) is receiving only Rs 37.40 billion to conduct agriculture-related programs. Compared to the ambitious programs that the government has put forth, the amount is far less to meet the necessary expenses. Of the budget, Rs 2.62 billion will go to provinces, Rs 5.44 billion will go to local governments and Rs 4 billion has been separated under the heading of the financial management of the loan that the World Bank and International Fund for Agriculture Development (IFAD) will be providing for the country’s farming sector. Rs 11 billion has been set aside for the subsidy in fertilizers.

The major programs proposed through the budget are strengthening and restructuring of Prime Minister Agriculture Modernization Program (PMAMP), establishment of land banks at 300 locations, promotion of cooperative farming, establishment of a well-equipped animal quarantine lab at main customs points, development of 78 wholesale agriculture markets in all provinces, expansion of irrigation facilities in additional 22,000 hectares of land, establishing 5,000 small and medium irrigation systems in 25 districts, production and plantation of more than 5 million units of fruit saplings, installation of weather radars at two locations and use of barren land for food  production.

It is a welcome move that the government has at least set its sights on boosting domestic agriculture. It has also announced a renewed focus on community cold storage and access to food. There are also reductions in customs duty on the import of machinery and raw materials for macro and small enterprises, and enterprises related to livestock, agriculture and masks. The budget has also reduced customs duty on the import of seeds and primary agricultural tools. In order to support local production, the customs duty and agriculture reform fees on the import of agricultural goods have been consequently raised. Land banks are proposed for utilizing barren land, minimizing land fragmentation and promoting consolidation. There is continuation of subsidy to the agriculture sector and provision of community seed bank has also been made.

However, the budget lacks concrete programs to address the food deficit. The provision of one technician each of agriculture and livestock per local unit is not adequate. We need them in each ward. There is no program to reform fertilizer supply, though subsidy has been slightly increased. There are mega-projects of irrigation but we do not know when they are going to be completed. There is no specific program to attract youth in agriculture sector. Programs for job creation in agriculture are also missing. There is lack of technical elements to revitalize the rural agricultural system and economy.

Officials in the Ministry of Agriculture and Livestock Development have also expressed their dissatisfaction over the budget.  The ministry had proposed ambitious programs to recover the loss incurred due to the coronavirus outbreak but the Ministry of Finance did not provide budget for it. Relief packages for the poor farmers including free seeds and fertilizers are missing. Although the agriculture sector has a huge potential to absorb migrant workers who are returning home after losing their jobs abroad, implementable programs related to access to land, water, inputs, credits, markets and advisory services are also not clearly mentioned.

However, the PMAMP has been continued. This program was started in the FY 2073/074 with a clear and specific roadmap for increasing agriculture production and productivity to make the country self-reliant in agriculture production within a decade. With the implementation of this project, the country was to be self-reliant in rice and potato in two years, in maize and wheat in three years, in fish and vegetables in two years and in fruits in seven years. At the end of this fiscal, this program will complete its four years of implementation. About Rs 13 billion has already been expended for this project and the budget proposed for the current FY 2076/077 Rs. is 8.10 billion.  If this project was implemented effectively, the country would have achieved self-reliance in rice, potato, maize, wheat, vegetables and fish. But Nepal’s reliance on imported food has increased many folds in the recent years. For example, the import bill in 2013/14 amounted to Rs 127.51 billion and ballooned to an all-time high of Rs 220 billion in 2018/19.

The government is looking to achieve self-reliance in food through modernization, commercialization and mechanization. But there is no program for improving the use of technology. The productivity of crops grown in super zones, zones, blocks and pockets has not increased significantly. The availability of fertilizers and seeds in planting season is always a problem. There are no programs to make availability of production inputs reliable. Although the budget has proposed to utilize barren lands to double agricultural production in 10 years, programs for improving soil fertility are missing.

Regarding restructuring, the budget has proposed to restructure NARC and PMAMP, but we need to restructure the whole agriculture sector. Under the agricultural sector, which includes mainly agriculture, livestock, irrigation and land management, there are currently three ministries at the central. All these ministries are working almost in isolation. Their functional linkages are very weak. In order to strongly link them, these ministries should be amalgamated. Likewise, as implementation of agricultural-related decisions has been shifted to the provinces and local councils, all central organizations under the ministry should also be downsized. As many agencies’ involvement is necessary for agriculture development, adequate mechanisms to facilitate coordination and implementation at the federal, provincial and local levels should be proposed. At present there is a shortage of skilled technicians in the fields. About 5000-7000 technicians need to be recruited to fill this gap and provide services to the farmers.

Budget of this fiscal year is silent about these aspects.

Nepal's budget history dates back to 1951

KATHMANDU, May 29: Tradition of presenting annual budget in Nepal dates back to the 1950s. One of the new changes... Read More...

KATHMANDU, March 11: The Election Commission (EC) has set the limitation of the expenses for the candidates of the local... Read More...