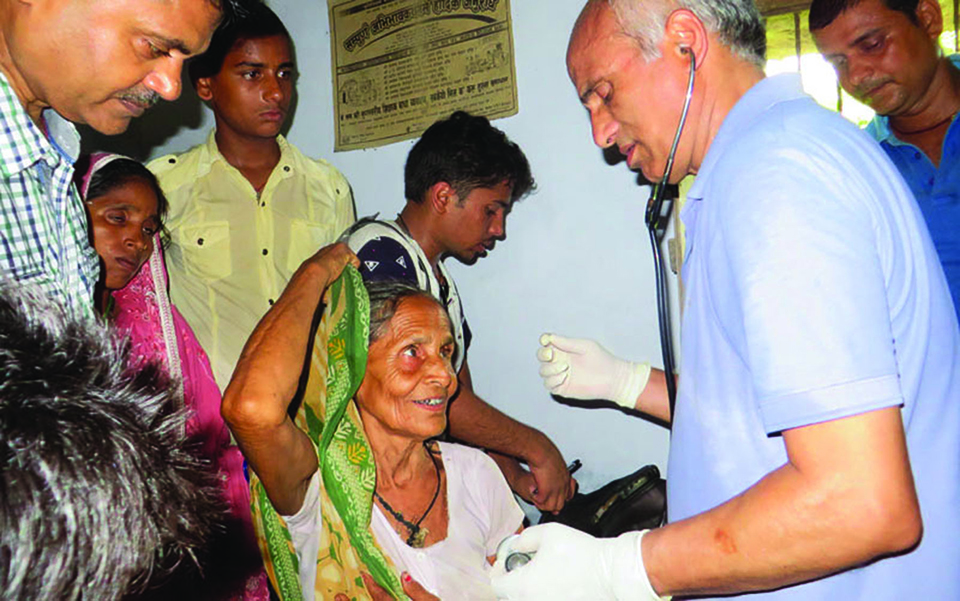 In a social democracy, voluntary activism strengthens political democracy compelling the government to become more responsible and accountable toward citizens. Each citizen can be a government in materializing the dream of prosperous Nepal.  Civic responsibility begins the moment a person casts vote in a ballot box.

At the core of Abraham Lincoln’s definition of democracy as “of the people, for the people and by the people” lies a compact between the government and citizens with the former’s commitment to safeguard the latter’s welfare. “Ask not what your country can do for you but what you can do for your country” said the 35th American President, J F Kennedy. This evokes the theme of civic duty in a democracy.

This statement should serve as a reminder to us at a time when it has become a fashion to berate the government for its unaccountability. If preventing the government from becoming tyrannical and plutocratic glorifies democratic value, it simultaneously raises the question of civic responsibility as well.

Social democracy is characterized by the active social awareness and responsible behavior on the part of citizens. Absolute dependence on government for the welfare of the country is a practice of political democracy whereas the voluntary activism in the form of social solidarity and mutual collaboration for the common cause of social betterment defines social democracy. Only participatory democracy with the combination of the two ensures development of a country. When individuals organize themselves to pay back to society a part of what they have received from it, it promises a strong social activation and undivided national unity.

One can perform one’s civic role by helping the government in its development mission. Helping the poor and marginalized, donating to run mobile health camps in remote areas, distributing money or other essentials when country suffers from natural calamities, raising voice against corruption, uniting to fight for justice for the victims of social evils, conducting health awareness program and so on are part of the civic duty.

So how can a citizen contribute to these causes? Let me draw references from some representative social actors and their social as well as philanthropic voluntarism.

Heroes of our own

Radha Poudel is a nurse and a social activist. Her activism started with her choice to dedicate her life in empowering girls and bring them out from conservative customs such as Chhaupadi. Giving up her government job as a nurse, she accompanied the NGO program to serve the disadvantaged people of Jumla. In spite of bloody war of Maoist insurgency, she risked her life to spread awareness for safe motherhood. She even launched a petition to force the government to criminalize Chhaupadi system. In one of her interviews, she has said: “Everyone talks politics but none thinks if they can weed out social nightmare.” She is still working for the social cause via Radha Poudel Foundation. Recently, she raised funds and distributed relief materials to flood victims in Tarai.

Comedian duo Sita Ram Kattel and Kunjana Ghimire, the iconic couple from the comedy show Meri Bashai established Dhurmus Suntali Foundation to construct earthquake-resistant integrated settlement for the homeless and helpless earthquake victims. Raising fund from home and abroad, they have embarked on the journey of constructing Gautam Buddha International Stadium in Bharatpur. They have shown with action what citizens can do for the country.  Besides, they are often found distributing food, clothes, and daily requirements to disaster-affected victims. In an interview, Kattel acknowledges, “Our motive for integrated settlement is not inspired by any political will. It is our show of humanity. How can we turn our back at the time of adversity like this? Let’s not look up to the government for everything.”

Think of Dr Govinda KC, a symbol of humanity. He has become a voice for justice, equality, transparency and government accountability. He has been constantly advocating for justice, fairness, equality and wellbeing of common people. He has been speaking against corruption in every sector. He cares less about his life and is concerned about the health of common people. And he has been running mobile health camps in remote areas, distributing medicines out of his own expenses. Although a non-political figure, KC represents a quality of an ideal politician.

Bureaucrat Prem Prasad Sanjel has exposed hypocrisy and corruption ingrained within the bureaucracy.

Culture of criticizing the government while never acknowledging one’s civic role is harmful to national development—except that such criticisms are meant for holding the government to account. Besides, the accountability of government, the civic participation in form of social voluntarism plays pivotal role in materializing the dream of social progress and national prosperity.

It is time to ask ourselves are we civic enough? Let’s commit to our civic duty. Let’s not ask what the government can do for you but what you can do for your government.

The author is a Lecturer at Trinity International College

As a Dalit girl is denied a room to rent, an int’l report highlights poor representation of Dalits in  state’s judicial, law enforcement agencies
18 hours ago

T.U. to resume suspended exams from mid-July
15 hours ago