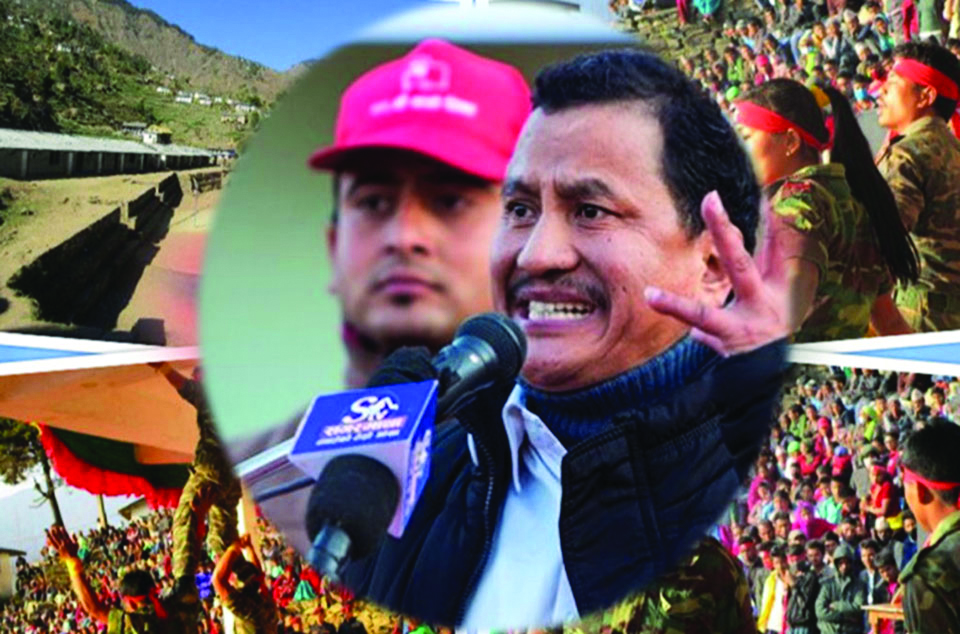 Biplav’s outfit has ended up becoming the subject of public hatred. His armed political activism needs an urgent shift toward social activism

Netra Bikram Chand ‘Biplav’ has become another name of strikes, bombings, aggression, killing and violence. The periodic strikes and bombings by his outfit have begun to seem like an occasional holidays with no political impact but troublesome daily lives. Nepalis have had enough of these already. The traumatic history of civil war is still fresh in their minds. They are not going to support politics of violence anymore because they have paid a huge price for such politics already. It’s nothing but a sadomasochistic nightmare if Biplav reserves a hope for another political revolution for Nepalis are not ready to endorse a cycle of bloodshed, war and loss of lives. Biplav and his men need to know they are being judged and can be completely rejected.

A single glance at history of political revolutions suggests that revolution impulsively finds its way out, not because one picks the arms up at any given time, but because some powerful people weaponize the marginalized and oppressed ones as the medium of dismantling the socio-political structure for new order. Revolutions are the movement of the masses for the ownership of the liberation, freedom and liberty. It tends to overthrow the ruling system the moment the existing system turns hegemonic to serve the interests of the ones in authority. Outlining the nature and history of revolution, famous Russian revolutionary, Leon Trotsky argues: “The history of a revolution is first of all a history of the forcible entrance of the masses into the realm of rulership over their own destiny.” Trotsky’s observation precisely emphasizes on the two factors for any revolution to rise: the mass of the revolutionaries and the dysfunctional pattern of the rulership. The rulership becomes dysfunctional if a bunch of rulers manipulate the power to exert the supreme hegemony upon the subjects making the latter unable to cherish political, social and economic privileges.

An unequal and hierarchical power relations and its subsequent outcome in the form of the systematic exploitation and oppression of the ruled creates a space for the mass to rage in resistance. Revolution is, therefore, the collective resistance of the oppressed and exploited against the oppressive socio-political structure. Great Russian revolutionist Vladimir Lenin once characterized political revolution as “the festival of the oppressed and exploited…[who act] as creators of a new social order.” Here, Lenin evenly advocates in line of Trotsky that the revolution is not an ordinary action of a singularity but an uprising from the voice of plurality. His Bolsheviks revolution with a common slogan of “all power to the soviets” materialized the revolution under the unity of the majority of workers.

So where does Biplav’s so-called revolution fit in this scheme? It is a battle against the oppressive rulership or just a fractional sparkle borne of unsatisfactory political coverage?

Most communist leaders have emerged from politics of violence. Like many Maoist leaders, Biplav is the product of Maoist War. He fought against the state along with Pushpa Kamal Dahal, who now belongs to the ruling party. Dissatisfied with Dahal (and later with Mohan Baidya), Biplav created his own political outfit and started violent activities, which have been intensified after the government banned the outfit.

Ever since, his cadres have been extorting money, threatening to kill, involved in bombings and have been refusing to come for talks despite the government making an appeal for the same several times. Besides, he is giving general people a lot of trouble. People are responding with anger, complaints, dissatisfaction and condemnations.  But whenever his cadres have taken some action against corrupt bureaucrats or raised voice for good governance, people have largely supported them. This is why Biplav must immediately renounce violence and shift to social activism.

Unlike political revolution, social revolution involves a peaceful activism but still sticks to the spirit of transition in the oppressive society. Theda Skocpol in her article “France, Russia, China: A Structural Analysis of Social Revolutions” opines that social revolution is “combination of thoroughgoing structural transformation and massive class upheavals.”

Her statement reminds us of the young social activist, Gyanendra Shahi. His movement entitled “Nepal for Nepali” epitomizes Skocpol’s definition of social revolution because his resistance doesn’t aim at the overthrow of the political structure but advances social consciousness among the public about indecorous tendency of bureaucrats and the malpractice of political power by the stakeholders. What sets his movement apart from Biplav’s is the peaceful inclination toward holding to account politicians, bureaucrats and other stakeholders. Hence, his social revolution has gained an enormous momentum overnight. His rallies constitute the festive vibes of the mass participation.

Is it not clear what Biplav’s movement is all about. Biplav’s outfit has ended up becoming the subject of criticism because of violence. The armed political revolution was once a political inevitability. It was the need of the time. Times have changed. Nepalis aspire for peace, stability and prosperity. Any force seen to hinder this process is sure to become the subject of public hatred. Thus Biplav’s armed political activism needs an urgent shift toward social activism if he wants public approval. Shahi’s civilian movement against corruption can be an alternative model for experimentation.

Nepali governments have a habit of engaging in negotiations only when a conflagration breaks out. Biplav proved to be a... Read More...