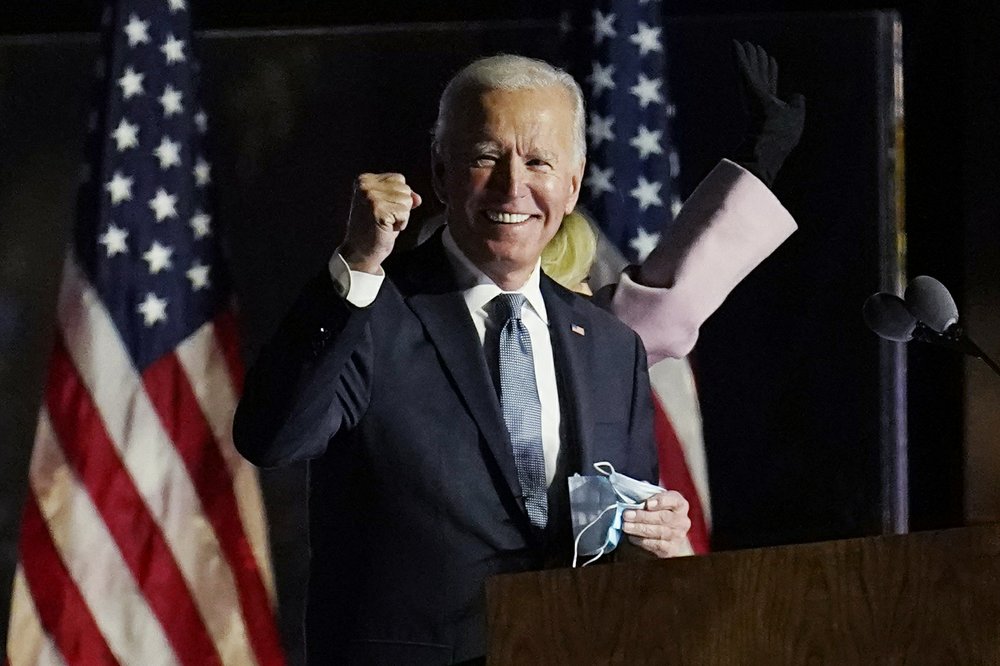 The US policy towards Nepal generally remains unchanged by the change of guard in the White House. Yet, Nepal will be affected by US attitudes towards global trends.

Joe Biden has been declared the winner of the 2020 election by the members of the US Electoral College.

This election offered a choice between two contrasting characters, with very different world views. The partisanship and domestic divide in the US presented a bleak picture. Many commentators called the US ‘the Divided States of America’. This was exacerbated by the ‘disinformation’ and complete disregard for facts in political debates at the societal level, mostly through social media. Nonetheless, the election showed that personality-laden nationalist leaders can be voted out.

Biden and Trump have a divergent worldview about the US role in global affairs. President Trump promoted nationalist foreign policy under the ‘Make America Great Again’ slogan, rattling rivals as well as allies, and often taking unilateral actions and pulling out of multilateral institutions. Biden has a conventional view of the US role in global political affairs. He has vowed to strengthen alliances and promote US leadership in multilateral institutions. He has promised to rejoin the Paris Climate Change, and negotiate to join Trans-Pacific Partnership. This bodes well for multilateralism. We can expect the US to reclaim some leadership it had ceded. This will be significant for smaller states because they rely more on multilateral institutions such as the WHO, the UN and Paris Climate Agreement.

President Trump did not shy away from threatening nuclear annihilation of North Korea, name-calling Kim Jong-Un as rocketman, but at the same time showering him with praise and meeting him. It was a reality TV show. Biden is more restraint in his statements.

However, in terms of geopolitical rivalry with China, the US policy will not be different. Indo-Pacific will be the center of geopolitical struggle. The competition and rivalry with China will continue, though we can expect to see some difference in approach. President Biden will work to bring its allies together. That would see alliances in the Pacific and the Atlantic valued and strengthened in a bid to contain increasing Chinese influence. Similarly, the US focus on Indo-Pacific will receive a new impetus, with the increasing role of the Quad (composed of Japan, Australia, India, and the US). This will put Asia at the center. Relations with India will continue to thicken, though the leaders of the two states may not necessarily have the same personal intimacy. The US will view South Asia increasingly through the eyes of India, and within the broader framework of geopolitical tensions with China.

So, how about Nepal?

The US policy towards Nepal generally remains unchanged by the change of guard in the White House. Yet, Nepal will be affected directly or indirectly by the US attitudes towards global trends, such as multilateralism and climate change. Given that the UN principle and system is a core part of Nepal’s foreign policy, the positive approach of the US towards those institutions will benefit Nepal and other smaller powers. Similarly, the US participation in the Paris Climate Agreement will be encouraging as it will mean more funding globally for climate change mitigation.

It is especially important for Nepal as it is one of the most vulnerable countries but lacks resources to tackle the challenges of climate change on its own. The debate on MCC will continue to ramble on.

The bigger lesson, and challenge, for Nepal is to keep its house in order. The debate on MCC, for instance, is a result of Nepal’s lack of clarity and politicking, and thus solution should be found in Nepal. During the Trump administration, the US seemed to display ‘either you are with us or against us’ attitude. We can expect the diplomacy under the Biden administration to be more nuanced. This will be a major opportunity for Nepal to show its maturity in diplomacy and engage in nuanced decision-making.

Nepal features only on the periphery of the US foreign policy but the presence of the US in Nepal will loom large. Any miscalculation could lead to Nepal being the playground of the major power competition.

Some leaders are accusing China of land grab without verified and substantiated proof, while Nepali Congress leadership is pretending ignorance.... Read More...