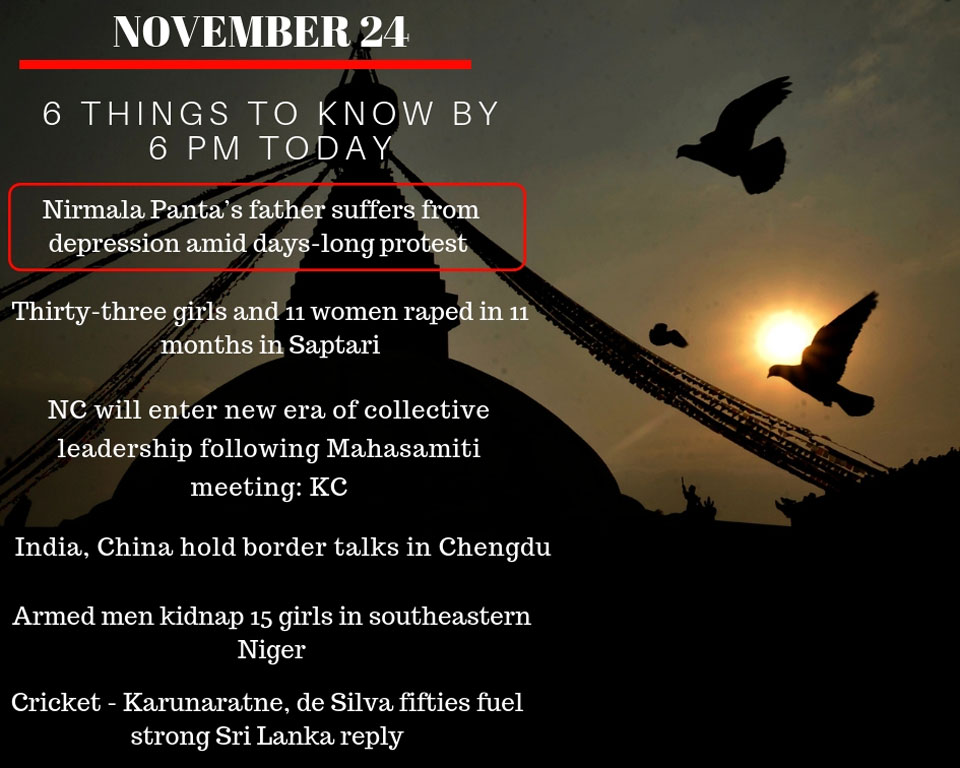 Nirmala Panta’s father suffers from depression amid days-long protest
A video that is now going viral on social media clearly shows that Yagya Raj Pant, the father of late Nirmala Panta, has developed mental health disorder amid hours-long sit-in. Yagya’s mental depression comes at a time when he and his wife have been launching a sit-in protest for 'indefinite period' in front of Kanchanpur District Administration Office (DAO) for the past 13 days demanding justice for their raped and murdered daughter four months ago, according to the witnesses.

Thirty-three girls and 11 women raped in 11 months in Saptari
Thirty-three girls and 11 women faced sexual assault in Saptari district in the last 11 months, the Informal Sector Services Centre (INSEC), Saptari has stated. The human rights non-government organization shared this information in the annual review seminar organized here on Friday prior to the publication of the incidents of human rights violation and atrocities collected in Saptari district for feeding to the Nepal Human Rights Year Book 2019.

Cricket - Karunaratne, de Silva fifties fuel strong Sri Lanka reply
Sri Lanka made strong reply to England’s first innings total of 336 as Dimuth Karunaratne forged a 142-run partnership with Dhananjaya de Silva to guide the hosts to 183 for two at tea on the second day of the third and final test on Saturday. After taking less than 30 minutes to claim the last three English wickets, the hosts got off to a cautious start before dominating a second session which yielded 109 runs for the loss of de Silva’s wicket.