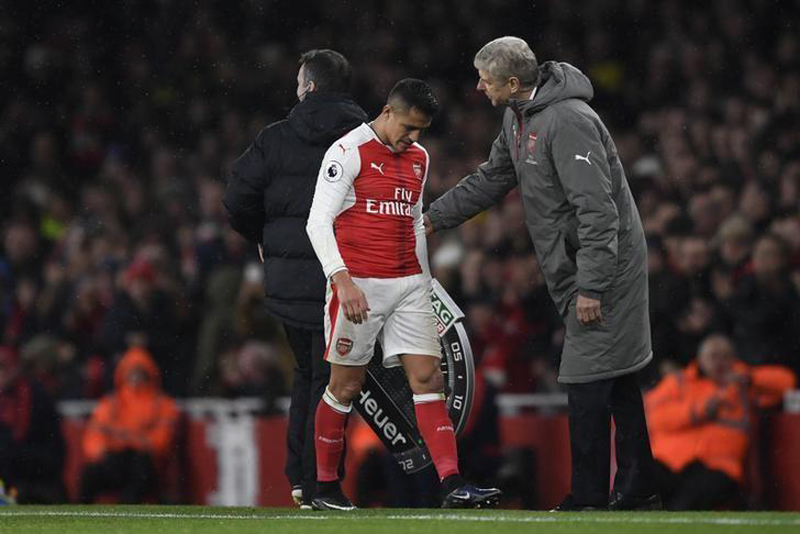 Manager Arsene Wenger wants Arsenal to reinforce their title credentials by beating Manchester City in the Premier League on Sunday and called on his players to show no fear at the Etihad Stadium.

Arsenal slipped to third in the table after being beaten 2-1 by Everton at Goodison Park in midweek, while fourth-placed City recovered from last weekend's 4-2 defeat by Leicester City by beating Watford 2-0 on Wednesday.

The loss at Everton was Arsenal's second league defeat of the season and Wenger said his players needed to show more courage on the ball and take their chances if they wanted to avoid another reverse.

"What is important is that we respond straightaway," the Frenchman told a news conference on Friday.

"Big games against Man City mean defend well together and not be timid when you get the ball."

Arsenal's free flowing, possession-based style has been compared to Pep Guardiola's all-conquering Barcelona team of 2008-2012, and Wenger said it was only a matter of time before the Spaniard began to make his mark at City.

"He brings his philosophy through," Wenger added. "You expect him to put his print into his team.

"What you want of a top-level game is that it reaches the expectation quality-wise. I think that will happen because I am a positive man."

City are missing striker Sergio Aguero due to suspension, but Arsenal have a host of absentees as well, with defender Shkodran Mustafi out with an ankle injury, Santi Cazorla out for months and Aaron Ramsey and Danny Welbeck still unavailable.

The Frenchman, who is never shy to point out refereeing mistakes in his post-match news conferences, also pushed for the quick introduction of video technology in the Premier League to help officials make decisions during games.

The technology is being tested by FIFA at the ongoing Club World Cup in Japan.

"I am a long-time fan," Wenger said. "The speed of the game -- referees need help. I would like to see it tomorrow morning."

NIC appeals for effective implementation of RTI
13 hours ago

Air pollution in Kathmandu Valley continues to worsen
13 hours ago