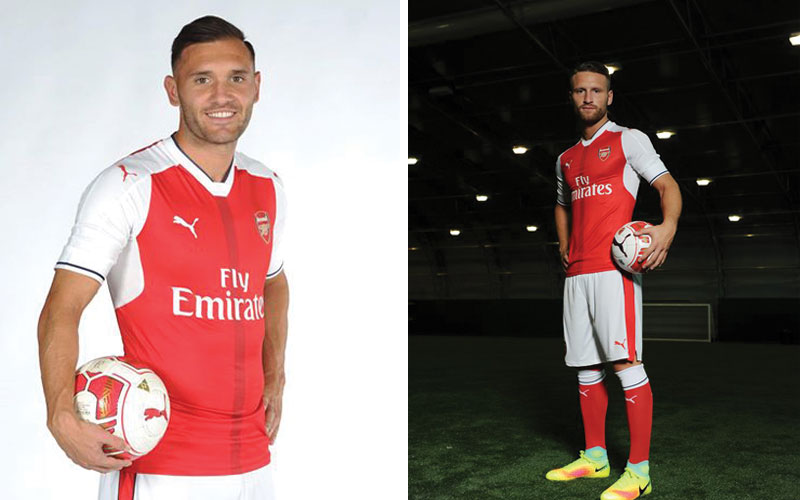 England goalkeeper Joe Hart's departure from Manchester City looked to move closer after he appeared with a Torino shirt after visiting the Italian club.

Arsenal manager Arsene Wenger has been trying to buy a striker since the end of last season, only to see bids for Leicester's Jamie Vardy and Lyon's Alexandre Lacazette get rejected. With time running out to add to his squad, Wenger settled on the 27-year-old Lucas — a scorer of 17 goals last season.

"He's not only a goal scorer, he's a guy who combines well with partners, who can give a final ball and makes good runs," Wenger said. "He's got a good eye for goal and had an outstanding season last year."

Within hours, Arsenal had also re-shuffled its defensive options by signing center half Mustafi for a reported fee of 35 million pounds ($45.7 million), and sending Calum Chambers on loan to promoted Premier League club Middlesbrough.

The 24-year-old Mustafi, who will join up with fellow Germany international Mesut Ozil at Arsenal, came through the Everton academy before going on to join Sampdoria and then spending the last two seasons at Valencia.

Mustafi became Wenger's third high-profile signing for the new season, having brought in Switzerland's defensive midfielder Granit Xhaka from Borussia Moenchengladbach in May.

Hart was on the verge of leaving Man City on loan, having landed in Italy to tie up a move to Torino for the remainder of the season. He has slipped to third-choice goalkeeper at City, behind new signing Claudio Bravo and Willy Caballero.

The 29-year-old was greeted by around 200 fans loudly chanting his name at Torino's headquarters, and there were further cheers and applause when he appeared at the window brandishing a club jersey with his name on the back.

Hart was given permission to leave the England camp to seal the move.

Back in London, Chelsea loaned France striker Loic Remy to Crystal Palace for the rest of the season.

Sunderland sent Netherlands midfielder Jeremain Lens on loan to Turkish club Fenerbahce for the rest of the season, a year after signing him for 8 million pounds ($10.5 million) from Dynamo Kiev. West Bromwich Albion sold Costa Rica right back Cristian Gamboa to Celtic.

Price of cooking oil increases
23 hours ago
Current govt is an alliance of greedy sinners: Rayamajhi
21 hours ago