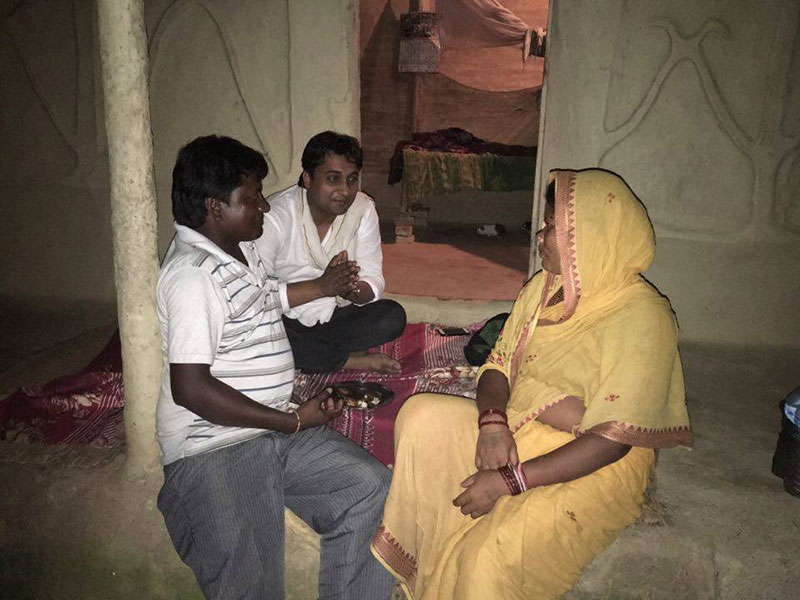 Political movement has failed to address the rampant social discrimination in Madhesh
In August last year, a Dalit family was barred from using water well at Nayanpur village in Dhangadhi municipality of Siraha district. The so-called upper caste people had stopped the Dom’s family from fetching water from the well on account of their “untouchable” status.
The incident caught the national attention.

This incident had taken place when celebrated Nepali film star Rajesh Hamal was there to attend a program. The matter was taken to the police soon. A team led by Deputy Superintendent of Police (DSP) Uma Chaturbedi himself visited the community, and allowed the family to use the community well in front of other villagers. Even a police team was stationed in the area until the situation normalized. Thereafter the Dalit family could use the water from this well. But the members of so-called upper castes stopped using the well where Dalits went.

Nayanpur is a mixed settlement of Yadav, Mahato, Musahar, Dom, Bahun and Chhetri castes. There was a separate well for the Dom community which had dried up forcing the Doms to use the well that was used by communities other than theirs. This triggered a serious debate in the village as to whether Doms should be allowed to use that particular well.  All other communities but Dom had access to water from public and private wells. Desperate, when the family of Pulakit Mallik Dom dared to defy high caste people, the whole community stood against them.

This incident had happened at a time when Madhesh-based political parties were agitating in Tarai protesting against certain provisions of the new constitution.

Some eleven months after this incident, the matter has come to the surface again with the launching of apology campaign for social reform in Madhesh by some Madheshi intellectuals like journalist Prashant Jha, political analyst Tula Narayan Sah, and advocate Dipendra Jha.

Under the same campaign, Tula Narayan Shah visited a Dom family of Dev Narayan Marik in a remote village of Saptari and extended apologies to them. Shah’s move was a huge surprise for the non-Dalit villagers. He wrote in his Facebook page that Dev Narayan’s family was speechless when he said “sorry” and asked for tea from their hands. Surprised, Dev Narayan had asked him if he had made any mistake. Shah responded by saying that he had come to extend apologies to his family for his complicity in the historic, inhuman discrimination against them for generations.

Madhesh has witnessed a number of political movements ever since politician Gajendra Narayan Singh, founder of Sadbhawana Party, pushed Madheshi issue as a political agenda. The political movement for change has continued for more than three decades. But it has failed to address the rampant social discrimination in Madhesh.

Even if the demands of agitating Federal Alliance and United Democratic Madheshi Front (UDMF) regarding revision of provincial demarcation, citizenship, and representation in the Upper House on population basis are addressed through constitution amendment, these changes are unlikely to address the real need for social reforms in the region. Thus time has come for Madhesh-based parties to also work for eliminating all sorts of social discriminations in Madhesh.

Needless to say, political movement is necessary to mainstream centuries-long discrimination with Madhesis, Tharu and marginalized communities from Tarai Madhesh. But political liberation alone cannot bring social equality. Therefore political liberation and social reforms must go hand in hand. Thanks to the combined efforts of the Madheshi intellectuals, the apology campaign has sent a positive message across the country. But more needs to be done.

Madheshi society should learn from political and social reform movements led by Dr BR Ambedkar and Mahatma Gandhi in India.

Few Madheshi Brahmins of elite community criticized the campaign claiming that they have not discriminated anyone and therefore such a campaign is not necessary. But they are the privileged beneficiaries of this same oppressive structure. Dalits, Muslims, Tharus, women and other marginalized groups have become the victims of historic, inhuman discrimination that has continued for generations with their overt or covert support. Thus they need to own up this apology campaign and make it successful.

Since the campaign started, writers and columnists such as veteran analyst CK Lal, author Manjushree Thapa, and columnist Pramod Mishra have joined it, and pledged their solidarity in struggle for justice and equality. They have expressed their commitment to support all measures to correct this historic injustice. Jagaran Media Center, a common platform for Dalit voices, has also extended its support. The recent convention of Tarai Madhesh Democratic Party (TMDP) held in Nawalparasi has passed a resolution to end caste-based discrimination in Madhesh. This is welcome.

Apology campaign may not be able to bring immediate results. But it will help change the lives of the marginalized communities slowly.

Khanal demands for reelection in Ilam
13 hours ago

PR Votes: Maoist Center takes a lead against Rastriya Swatantra Party, UML continues the lead as NC trails behind it
20 hours ago