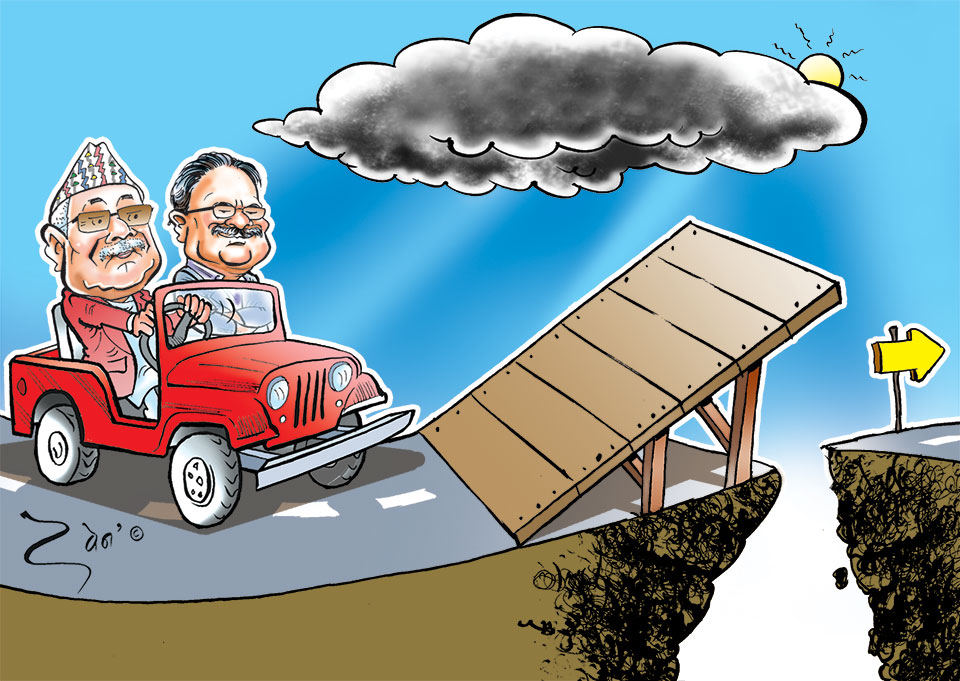 Why could not Nepal achieve any respectable economic development despite seating on a vast hydro-power energy store in the world starved by clean energy?

Both India and China succeeded in changing their negative perceptions of the past at the world stage. If Dr Manmohan Singh was the wise-man of G-20, when he was the Prime Minister of India, Prime Minister Narendra Modi became an instant rock-star of the West when he first attended the G-20 after his accession to power in New Delhi. India, albeit late, has aggressively moved towards changing past perception about its business-unfriendly image. Branding Make in India campaign exudes positive investment lure by opening new economic sectors. It has simultaneously created an atmosphere for growing large middle-class consumers base (purportedly half a billion people) and continues to open domestic market and is going global.

India’s political power centre has spread business-friendly message creatively and spurred an aura of positive perception by not sending contradictory signals to commercial world. This is unlike in Nepal where negativism is overwhelming and all pervasive because political elites are only concerned with their survival and party interests. This perception does not allude to positive sentiments for creating business-friendly environment.

All perceptions
Perception matters. Nepal’s perception in business world is perhaps zero, to say the least. Economic scenarios have completely changed from the time we grew up, and most of us did not notice profound economic, political, and social changes that have occurred all around us. We have failed to adapt to the changes. We hold hold tunnel vision, unable to come out of the box, to adjust in changing globalized economic environment.

Nepal is neither unique, as widely claimed by political opportunists, nor alone in being sandwiched between the two big countries. It is the way we have been conditioned to think. There is no country in the world which is not unique in its own way and which would repeatedly claim so to stifle economic development. Singapore is unique because murky sea waters surround it, with no known internal resources, but it has become a most advanced country just by exploiting its lack of resources into a gateway to shipping, maritime commercial base and modern financial centre of the world.

Switzerland, like Nepal, is sandwiched between big European powers. It is landlocked country with mountains and lakes, and with little domestic natural resources. It is equally unique for it is squeezed all around by military and economic powers of the world and has witnessed two great wars. Despite this, it has turned every corner of the nation into a paradise for business, culture, tourism, finance, and direct democracy, as well as precision industry, high-tech hot spot destination, and international business and humanitarian player.

Lagging behind
Why could not Nepal achieve any respectable economic development despite seating on a vast hydro-power energy store in the world starved by clean energy? It is the sheer determination and will of the people with visionary leadership that shape nations and make the changes. Perhaps this is where we have missed something somewhere in Nepal and population is disillusioned by false political rhetoric.

We might have lost time in not making best use of our strategic position as strength, and by capitalizing uniqueness into a natural strength for economic development. This is a sad story of the century even though Nepal is well placed on map of economic giants of the Orient. Isn’t this obvious?

Economic nationalism in an era of interdependent market economy environment is an illusion, if not anathema. Economic nationalism has long been dumped by all emerging nations including India and China. Nationalism is about protectionism and creating barriers. This is a failed system of the past that did not contribute to economic development. This is not investment-friendly message.
However, a self-reliant economy is fundamental to economic security of a nation, but it does not necessarily have to be ‘nationalistic’ for it gives wrong signal. This will not inspire entrepreneurial investment and capital creation. This is not consistent with democracy and dominant market economy of this century.

Inordinate emphasis on economic nationalism cannot lift population out of poverty when economic development plans become mere lip-service strategy for elites who use it often political survival and to maintain grip in power. Economic liberalization of the past decades lifted recorded one billion people out of abject poverty globally. This is by no means a small feat. BRICS countries were on the forefront and reaped benefits through economic alliances and market reforms, and policy synergies followed globalized economic environment and achieved economic growth and social transformation never seen in economic history of the world. Those who did not follow the mainstream trends, like Nepal, were left outside of the growth curve.

Nation’s economic prosperity is feasible if political economy is fully aligned with promoting economies and unhindered wealth creation. That is how western economies are functioning and continue to grow. It is not the same in South-Asia, particularly in Nepal, where focus is on defunct ideologies shrouded with misgivings, excessive nationalism, and fear-mongering.

Look beyond
We must look beyond creating economic borders for economic emancipation. SAARC is not an economic union for it is merely a tea-party club dominated by most corrupt nations in the global corruption perception index. Expecting something miracle out of this club is waste of resources and time.

Evidence shows that economic and social transformation cannot be realized with economic nationalism myth. Economic exploitation of natural resources could be comparatively advantageous and productive only with massive injection of capital inputs, efficient technology, dynamic entrepreneurship, and access to wider market for economic viability. Otherwise, it would be a short-lived strategy, doomed to collapse.

Way forward is to embrace economic pragmatism based on market alliance, trade, and technology and with robust social compact. Mere political alliance or rhetoric of nationalism does not help.
Economic nationalism was popular during ideologically-dominated cold war era. Economic nationalism was the by-product of superpower political philosophies and rivalry between them. With the fall of Iron Curtain and Soviet Union, economic groupings like European Commission, European Union, ASEAN and NAFTA flourished. China became global manufacturing hub and India dominated Silicon Valley in information technology. Countries like Cuba and Venezuela in Americas, Zimbabwe and Eritrea in Africa, Nepal, Mongolia, North Korea, and Myanmar in Asia remained trapped in inward-looking economic nationalism myth. As a result people of these nations remained economically poor.

In today’s multi-polar world business as usual based on failed premises is not going to work. Economic nationalism did not work. It won’t work in Nepal either. We need rapid economic development for prosperity. Democracy without economic prosperity of the citizens becomes the source of great delusion.

The author is President of ‘We for Nepal,’ Switzerland and a retired UNHCR
international official who served in Africa, Asia, Middle-East and Europe