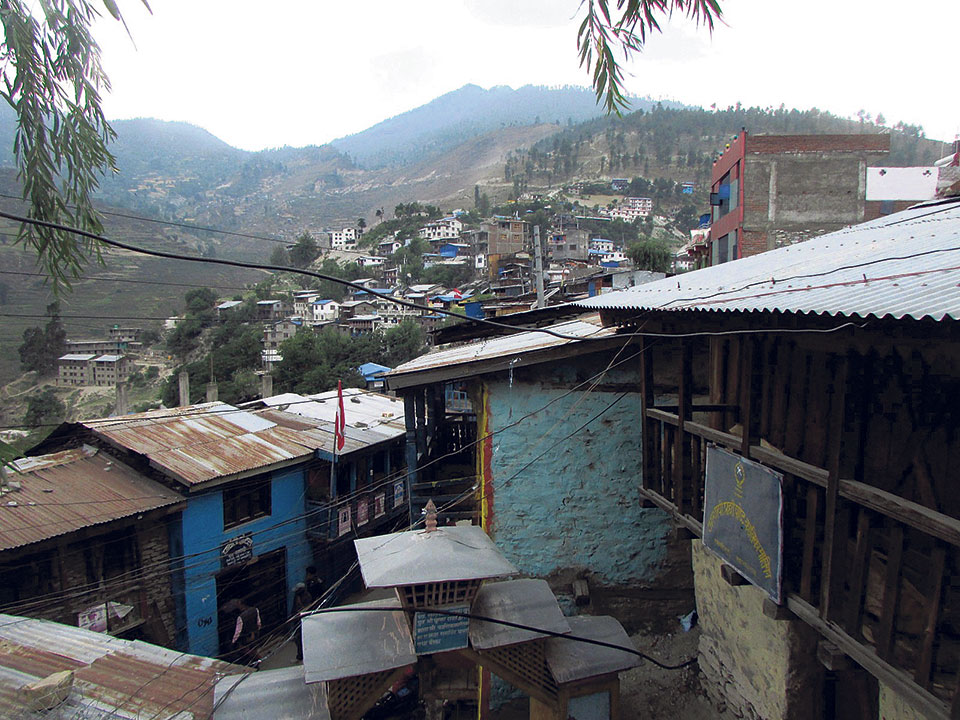 MUGU, June 17: There is an acute water crisis in several towns and villages of Mugu district. Locals of Bhamwada, Karkiwada, Kotila, Ghattakhel, Jhakot, Ryangchyakati, Lums, Kamfa, Ghat, and Runga, among other areas are struggling with the acute water shortage.

According to Padam Bahadur Sejuwal, a hotelier based in Gamgadhi market, the water crisis has severely affected the quality of life and businesses in Mugu. “We are one of the hardest hit families. Even in three-four days, the water tap does not supply water, “he lamented.”Due to the lack of water, health, sanitation, day to day living has become very difficult.”

Water was not easily available Gamgadi even earlier. However, there were water resources a few kilometers away. “Even when we were very young, we were not much fortunate in terms of having easy access to drinking water. But with the passing of time, the crisis has worsened,” he said. He added that the local government must solve the problem.

Despite the water crisis, new settlements continue to mushroom in the market area. This year alone, hundreds of houses have been erected around his house, says Sejuwal. “Concrete buildings are mushrooming in the area. Before giving permissions to new houses, the local government should lay out the foundation for proper town planning including plans for drinking water facilities, sewage, roads.”

Because he runs a hotel, lack of water directly hits his business. He does not expect even clean drinking water. “I wish we be provided just water. We would treat the water and make it drinkable,” he said. “But they don’t give water for even an hour. We wait for several days for our turn and water comes only for a few minutes.”

Sejuwal stated that he has not been able to keep rooms for his guests clean due to the lack of water. Kitchen and hotel spaces are not up to visitors’ expectation either. “All our guests do not understand the problems we are facing and assume that we are not maintaining hygiene and cleanliness in the hotel intentionally.  Every guest appreciates clean linens and clean hotel surrounding and we know that. But in the lack of water, it is becoming very hard to live up to their expectations,” he lamented.

GAMGADHI, Oct 12: Delay in upgradation of the road section connecting Nagma – border of Jumla and Kalikot – and... Read More...

MUGU, July 1: Ever since Gamgadhi, the district headquarters of Mugu, was linked to the national road network on December... Read More...