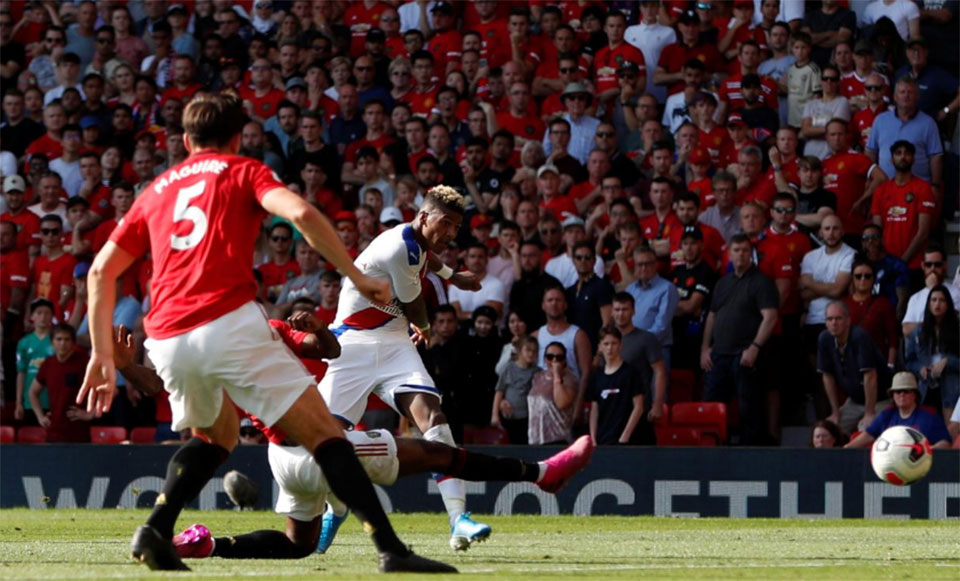 Marcus Rashford, who put in a forgettable performance like most of his team mates as United lacked creativity in midfield and bite up front, missed a 70th-minute penalty when his spot- kick cannoned off the post.

The result left both sides on four points from three games but while Palace manager Roy Hodgson will have been delighted with his team’s smash-and-grab victory, his counterpart Ole Gunnar Solskjaer was fuming.

“We just were not clinical enough in front of goal and they scored two very easy goals,” Solskjaer told the BBC.

“I thought we got our act together second half, we just couldn’t hit the target. We have dominated the game but we have not controlled it.

“We should have dealt with the last five minutes better. We defended poorly at times today and it cost us. Sometimes you do not find that end product and that happened today. We did not test their keeper enough. It cost us dearly today.”

Palace soaked up pressure in the opening stages and Ayew scored in the 32nd minute as Jeffrey Schlupp headed on goalkeeper Vicente Guaita’s punt upfield and the Ghanaian striker steered a low shot past De Gea after taking the ball in his stride.

With Pogba missing a penalty in Monday’s 1-1 draw at Wolverhampton Wanderers, Rashford stepped up after Luka Milivojevic tripped Scott McTominay and failed to score despite sending Guaita the wrong way.

Wales winger James, who scored on his debut in the 4-0 home win over Chelsea, equalised when he curled a delightful shot into the top corner after the home side’s solitary flowing move of the afternoon.

With the Stretford End roaring United on, they threw men forward hoping to turn the match on its head but slack defending cost them dear again.

Pogba failed to collect a loose ball after Wilfried Zaha’s run and Van Aanholt pounced to beat De Gea with a stinging low shot from 12 metres.

“There is a first time for everything,” Van Aanholt said, referring to his team’s first win at Old Trafford since 1989.

“I think we played really well. I think we deserved the three points. We dug in and luck was on our side today.

“I was gutted when that Manchester United goal went in. We had worked so hard to get the clean sheet but I am delighted that we could counter and get them back.”

Meeting of the ruling coalition begins
8 minutes ago