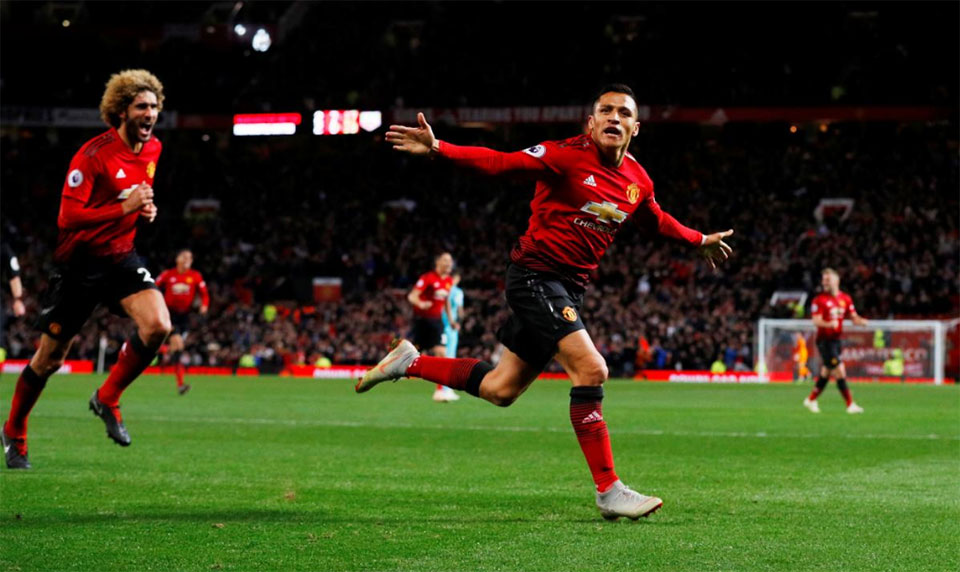 MANCHESTER,  Oct 7: With manager Jose Mourinho’s job reportedly on the line, Manchester United finally discovered their missing spirit to battle back from two goals down to beat Newcastle United 3-2 at Old Trafford on Saturday.

A 90th-minute winner from Alexis Sanchez, one of the major disappointments of this season, completed the comeback which should ease the pressure on Mourinho.

United were staring at a fifth straight game without a win, in all competitions, after Newcastle scored twice in the opening ten minutes.

And although Mourinho’s side were chaotic and disjointed for much of their response, three goals in the final 20 minutes were a powerful response from a team that had looked on the ropes.

Newcastle took the lead in the seventh minute, opening up United’s defence with ease after Ayoze Perez found Kenedy and the Brazilian burst goalwards before calmly drilling past David De Gea.

That was the first time in the Premier League era that United had conceded two goals, at home, in the opening ten minutes of a game.

If United’s defence was at sea, their attack was misfiring and Marcus Rashford missed a great chance to pull a goal back when he headed wide from six yards after a cross from Romelu Lukaku.

Muto went close to a third for Newcastle with a header which De Gea did well to keep out with a reflex save.

Mourinho made another switch at the break – taking off McTominay and bringing on Marouane Fellaini, with another midfielder Nemanja Matic asked to partner Chris Smalling at the back.

It was hard at times to work out exactly what United’s approach was, with Paul Pogba also sitting in a very deep role although he did find the opportunity for a low drive in the 51st minute which was parried to Matic but the Serb somehow blasted over the bar.

Substitute Juan Mata got United back into the game in the 70th minute with a curling free kick. The goal seemed to inject the team with the confidence they had been lacking.

Anthony Martial equalised six minutes later, driving home after a clever exchange with Pogba and then another sub, Sanchez, rose to head home Young’s cross in the final minute of normal time.

The roars of delight from the Stretford End turned into chants of Mourinho’s name, an unlikely twist to the latest episode of the soap opera at the Theatre of Dreams.