Use of force resulting in death of Sunny Khuna deeply disturbing: AI 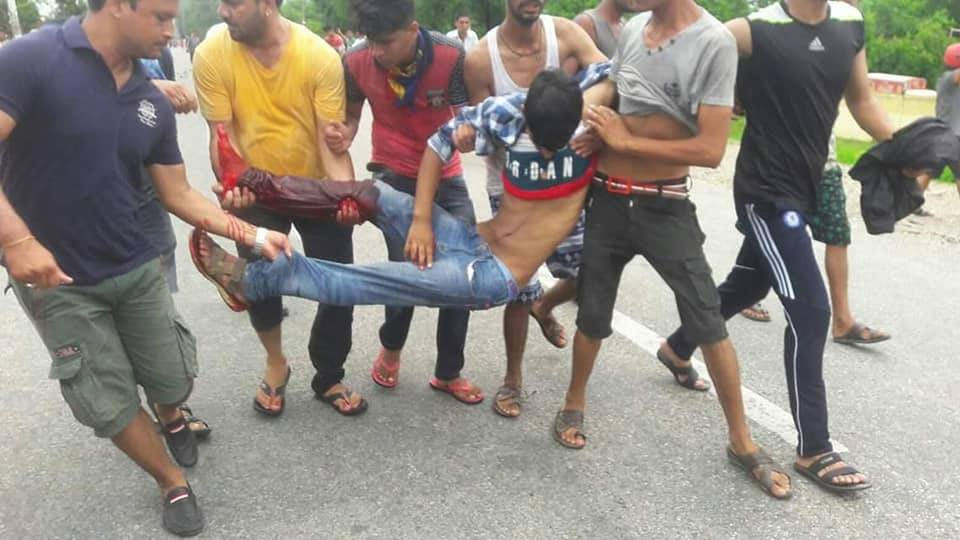 Issuing a press lease on Saturday, the international human rights defender has said that it has been deeply disturbed by the deteriorating law and order situation in Kanchanpur and has urged both the sides to exercise restraints and respect rule of law during such situation.

"The incident resulting in the death of Sunny Khuna and injuries of twenty four others on August 24 due to the police firing is deeply disturbing", said Nirajan Thapaliya, Director of Amnesty International Nepal. "We urge the authorities and law-enforcement officials in Nepal to only resort to a legitimate use of force, and always adhere to the UN Basic Principles on the Use of Force and Firearms which requires officials to apply non-violent means before resorting to the use of force and firearms. Basic Principles allows the use of force and firearms "only if other means remain ineffective or without any promise of achieving the intended result".

Meanwhile, the AI also urged the authorities to carry out independent and impartial probe into the event leading to the violence on August 24, and to provide prompt and effective redress and justice to the victims and their families.

Nirmala Panta, a thirteen year old girl of Bhimdutta Municipality was found murdered after rape on July 26, and the locals were in a protest demanding that the culprit behind the heinous crime be identified, tried and brought to justice.

Following intense public pressure, police had arrested on August 20 one Dilip Singh Bista for the alleged involvement in the crime. The locals, however, had continued their protest alleging that Bista was framed by the police and falsely charged for the crime.

The law and order situation in Kanchanpur deteriorated after locals of Kanchanpur took to the streets demanding arrest of the real culprit on August 23 on which day police reportedly fired "hundreds" of rounds of tear gas shells and several rounds of aerial shots to contain the crowd.

BHIMDUTTANAGAR, Aug 30: The judicial custody of Roshani Bam and Babita Bam, taken into custody for investigation into the rape... Read More...