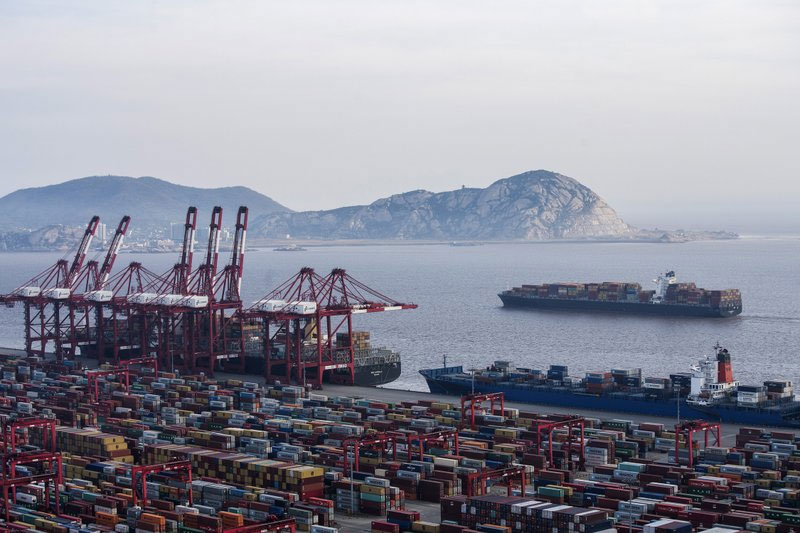 WASHINGTON, Sept 24: US tariffs that hit some $200 billion worth of Chinese products on Monday spare many high-profile consumer technology items such as "smart" watches and speakers, but the less flashy home modems, routers and internet gateways that make them work weren't so lucky.

Consumer tech industry officials and the US Customs and Border Protection agency say they expect billions of dollars worth of these products, including those designed for home use, will be subject to the 10 per cent tariffs activated on Monday.

The move will effectively create a two-tiered tariff structure for consumer internet, with many products, such as Fitbit fitness trackers, Apple Inc's watch and Amazon.com Inc's Echo smart speaker being favoured over routers and internet gateways from Arris International, Netgear, D-Link and others.

"We're operating under the assumption that the tens of millions of devices that deliver high-speed internet into consumers' homes will be impacted by these tariffs," said Jim Brennan, Arris' senior vice president of supply chain, quality and operations.

"It feels anti-consumer because our devices are what enables the core of consumer tech," Brennan told Reuters.

The modems, routers, switching and networking gear that keep the internet functioning were not included in a newly created US tariff code that was exempted from the latest China tariffs, a spokesperson for the US Customs and Border Protection agency said.

The agency has made no distinction between consumer-use modems and routers and the commercial network equipment used by data centres and broadband internet providers.

The US Trade Representative's office had said it was breaking out items such as smart watches, fitness trackers, Bluetooth audio streaming devices and smart speakers into a new subcategory that would be exempted, but it gave few details.

According to a notice posted by the US International Trade Commission, computer modems would stay in a separate sub-category, while "switching and routing apparatus" would be put into a new sub-category. Neither of these sub-categories were granted exemptions from the tariffs.

The Consumer Technology Association estimates that the US market for fitness trackers, smart watches, smart speakers and wireless earbuds and headphones was $8.2 billion in 2017, with forecast sales of $11.6 billion for 2019.

Even if China produced a majority of those goods, exemptions would only apply to a fraction of the $23 billion category.

CTA has forecast direct sales of modems and routers to consumers at $2.3 billion for 2019, up from $2 billion in 2017, excluding the products supplied directly by cable and broadband internet providers and equipment used in data centres and other infrastructure outside the home.

But the group argues that consumers will bear the costs of the tariffs, even if their service provider buys the modems.

Soon after the fresh duties went into effect, China accused the United States of engaging in "trade bullyism" and said it was intimidating other countries to submit to its will through measures such as tariffs, the official Xinhua news agency said.

But Beijing also said it was willing to restart trade negotiations with the United States if the talks are "based on mutual respect and equality," Xinhua said, citing a white paper on the trade dispute published by China's State Council.

US tariffs on $200 billion worth of Chinese goods and retaliatory tariffs by Beijing on $60 billion worth of US products took effect at midday in Asia, though the initial level of the duties was not as high as earlier feared.

The two countries have already slapped tariffs on $50 billion worth of each other's goods earlier this year.

Chinese products hit with new US duties include vacuum cleaners to internet-connected devices, while US goods targeted by Beijing include liquefied natural gas and certain types of aircraft.

Though a senior White House official last week said the United States will continue to engage China for a "positive way forward," neither side has signalled willingness to compromise.

The US official said on Friday there was no date set for the next round of talks.

The Wall Street Journal reported that China, which has accused Washington of being insincere in trade negotiations, has decided not to send Vice Premier Liu He to Washington this week.

Economists warn that a protracted dispute will eventually stunt growth not just in the US and China but across the broader global economy.

The trade tensions have also cast a pall over broader relations between Beijing and Washington, with the two sides butting heads on a growing number of issues.

China summoned the US ambassador in Beijing and postponed joint military talks in protest against a US decision to sanction a Chinese military agency and its director for buying Russian fighter jets and a surface-to-air missile system.

Rob Carnell, chief Asia economist at ING, said in a note to clients that in the absence of any incentives Beijing would likely hold off on any further negotiations for now.

"It would look weak both to the US and at home," he said, adding that there is "sufficient stimulus in the pipeline" to limit the damage of the latest tariffs on China's growth.

"The US-China trade war has no clear end in sight."

China may also be waiting for US mid-term elections early next month for any hints of changes in Washington's policy stance, Carnell added.

"With generic polls favouring the Democrats, they may feel that the trade environment will be less hostile after November 6."

The US administration will levy tariffs of 10 percent on the $200 billion of Chinese products, with the tariffs to go up to 25 percent by the end of 2018.

Beijing set its new levies on $60 billion of US goods at 5 and 10 percent and warned it would respond to any rise in US tariffs on Chinese products accordingly.

US President Donald Trump on Saturday reiterated a threat to impose further tariffs on Chinese goods should Beijing retaliate, in line with his previous comments signalling that Washington may move to impose tariffs on virtually all imported Chinese goods if the administration does not get its way.

China imports far less from the United States, making a dollar-for-dollar match on any new US tariffs impossible.

Instead, it has warned of "qualitative" measures to retaliate.

Though Beijing has not revealed what such steps might be, business executives and analysts say China could withhold exports of certain products to the US or create more administrative red tape for American companies.

Some analysts say there is also a risk that China could allow its yuan currency to weaken again to cushion the blow to its exporters.

US and China close to reaching major trade deal: report

WASHINGTON, March 4: The United States and China are close to reaching a major trade deal that would see both... Read More...

100 sacs of fertilizer meant for Rolpa ‘vanish’ in Dang!
27 minutes ago