US fails to halt Iran bid to free frozen billions 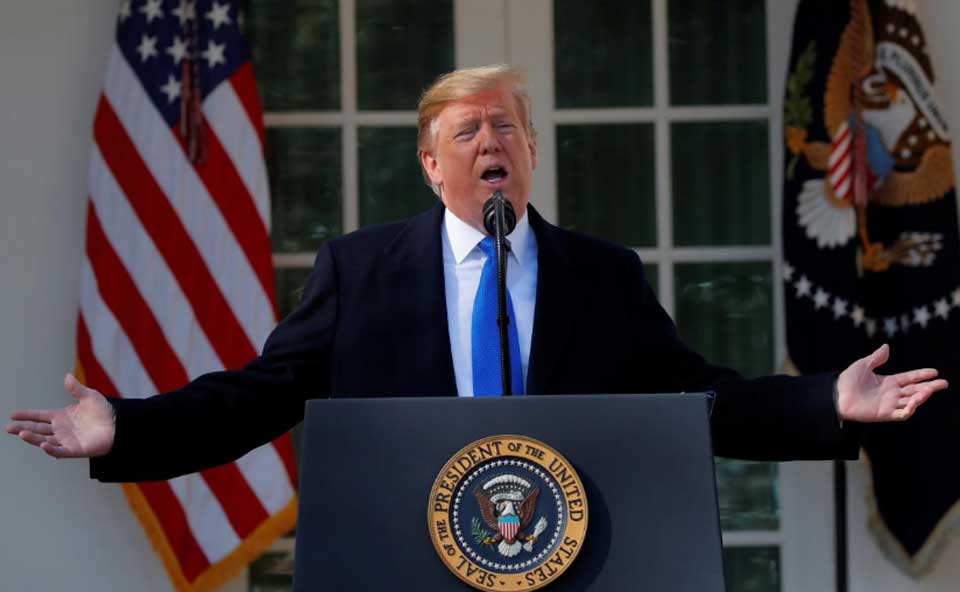 HAGUE, Feb 14: An international court Wednesday ruled Iran can proceed with a bid to unfreeze assets in the United States, rejecting Washington's claims the case must be halted because of Tehran's alleged support for international terrorism.

Washington had argued that Iran's "unclean hands" -- a reference to Tehran's suspected backing of terror groups -- should disqualify its lawsuit to recover $2 billion in assets frozen by the US Supreme Court in 2016.

The International Court of Justice in The Hague threw out some of the US challenges, and said it had the right to hold full hearings at a later date as to whether Tehran will get the money back.

The court also "finds that it has jurisdiction" in the case, Yusuf said at the end of an hour-long reading of the decision.

Washington, however, called the court's ruling a "significant victory" for America because it threw out a key issue pertaining to Iran's claims of sovereign immunity.

The case is one in which "the Iranian regime seeks to misuse legal process and distort principles of international law," the State Department said.

Tehran said the United States had illegally seized Iranian financial assets and those of Iranian companies -- and with Iran's clerical regime facing economic difficulties after sanctions and a fall in its currency, resolving the case remains crucial.

The US Supreme Court had said Iran must give the cash to survivors and relatives of victims of attacks blamed on Tehran, including the 1983 bombing of a US Marine barracks in Beirut and the 1996 Khobar Towers bombing in Saudi Arabia.

Iran said the freezing of the funds breached the 1955 Treaty of Amity with the United States, an agreement signed before Iran's 1979 Islamic Revolution severed relations between the countries.

The United States announced in October that it was pulling out of the Treaty of Amity after the ICJ in a separate case ordered Washington to lift nuclear-related sanctions on humanitarian goods for Iran.

The ICJ is the top court of the United Nations and was set up after World War II to resolve disputes between member states. Its rulings are binding and cannot be appealed, but it has no means of enforcing them.

Tensions between Tehran and Washington are high around the 40th anniversary of the Iranian revolution and a Middle East meeting in Warsaw where the United States aims to pile pressure on Iran.

Long-fraught relations had already been further strained by US President Donald Trump's decision last year to pull out of a "terrible" international nuclear deal with Iran and reimpose sanctions.

The 2015 nuclear deal had unblocked billions of dollars in other Iranian funds.

Iran first lodged the lawsuit in June 2016, accusing Washington of breaking the decades-old amity treaty dating from the time of the Shah, who was deposed in the revolution.

Judge Yusuf noted that at the last hearing on Iran's funds in October, the United States had argued "that Iran's 'unclean hands' preclude the court from proceeding with this case."

But he added that "even if it were shown that (Iran's) conduct was not beyond reproach, this would not be sufficient" on its own to throw out the case.

He also said the fact that the US had now pulled out of the amity treaty with Iran "has no effect on the jurisdiction of the court" and that it now needed to hold detailed hearings.

US officials including US National Security Advisor John Bolton have previously called the ICJ's legitimacy into account, and were incensed by October's ruling by the court that Washington must drop sanctions on humanitarian goods.

In Poland this week, US Secretary of State Mike Pompeo is seeking to use a two-day conference of foreign ministers to try to rally the world behind increasing pressure on Iran and supporting Israel.

The Trump administration has found itself at odds with its European allies over the nuclear deal, with EU powers launching a mechanism to bypass sanctions.