Iran's Rouhani rules out talks with U.S. until sanctions lifted 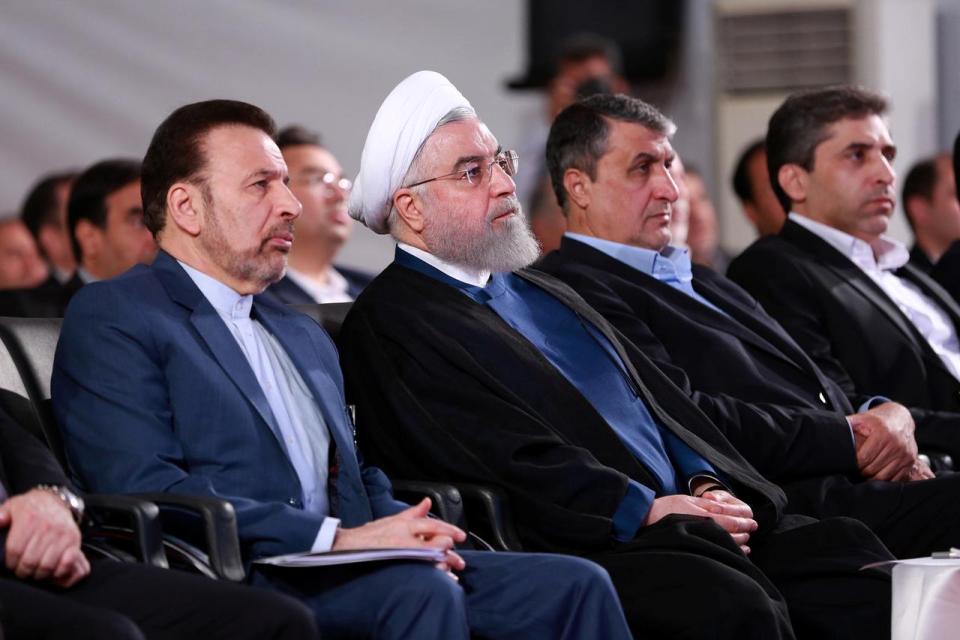 DUBAI, Aug 27: Iran will not talk to the United States until all sanctions imposed on Tehran are lifted, President Hassan Rouhani said on Tuesday, a day after President Donald Trump said he would meet his Iranian counterpart to try to end a nuclear standoff.

Trump said on Monday he would meet Iran’s president under the right circumstances to end a confrontation that began when Washington pulled out of Tehran’s 2015 nuclear deal with six powers and reimposed sanctions on the country. Trump also said talks were under way to see how countries could open credit lines to keep Iran’s economy afloat.

Rouhani said Iran was always ready to hold talks. “But first the U.S. should act by lifting all illegal, unjust and unfair sanctions imposed on Iran,” he said in a speech broadcast live on state TV.

Speaking at a G7 summit in the French resort of Biarritz, Trump ruled out lifting economic sanctions to compensate for losses suffered by Iran.

“Washington has the key for positive change ... So take the first step ... Without this step, this lock will not be unlocked,” Rouhani said.

European parties to the deal have struggled to calm the deepening confrontation between Iran and the United States since Trump pulled Washington out last year.

French President Emmanuel Macron has led efforts to defuse tensions and Iranian Foreign Minister Mohammad Javad Zarif flew in to the Biarritz G7 meeting unexpectedly on Sunday for side talks with French officials.

Since ditching the deal last year, Trump has pursued a policy of “maximum pressure” to try to force Iran into broader talks to restrict its ballistic missile program and end its support for proxy forces around the Middle East.

“Iran does not seek tension with the world. We want security in the Middle East. We want better and friendly ties with other countries,” said Rouhani.

Iran, which has slowly been breaching the nuclear deal in retaliation for U.S. sanctions, has threatened further violations in early September unless it receives sanctions relief.

“We will continue to scale back our commitments under the 2015 deal if our interests are not guaranteed,” said Rouhani.

The 2015 deal between Iran and six world powers, reached under former U.S. President Barack Obama, aimed to curb Iran’s disputed uranium enrichment program in exchange for the lifting of many international sanctions on Tehran.

Iran has ruled out talks with Washington over its military capabilities, particularly its ballistic missile program that it says is defensive. It denies the missiles are capable of being tipped with nuclear warheads and says its nuclear program is peaceful.

Rouhani said seeking nuclear bomb weapons was banned under a fatwa issued by Supreme Leader Ayatollah Ali Khamenei, referring to a religious decree issued in the early 2000s by Iran’s top authority that bans the development or use of nuclear weapons.

“We have never wanted nuclear weapons because of our supreme leader’s fatwa,” said Rouhani.

Trump and Rouhani are both due to attend the United Nations General Assembly in September. However, any meeting between Trump and Rouhani would have to be approved by Iran’s utmost authority Khamenei, who has the last say on all state matters.

DUBAI, Sept 25: Iran is willing to give reassurances on not seeking nuclear arms and accept changes to its 2015 nuclear... Read More...