US expected to withdraw from UN Human Rights Council 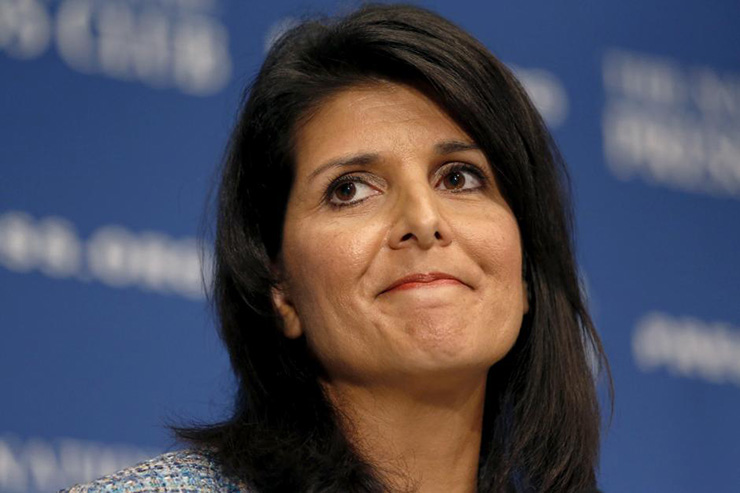 Talks with the United States over how to reform the main U.N. rights body have failed to meet Washington's demands, activists and diplomats say, suggesting that the Trump administration will quit the Geneva forum whose session opens on Monday.

A U.S. source, speaking on condition of anonymity, told Reuters the withdrawal appeared to be "imminent" but had no details.

Diplomatic sources said it was not a question of if but of when the United States retreats from the Human Rights Council, which is holding a three-week session through July 6.

A separate U.S. official in Geneva had no information about a looming pull-out during the upcoming talks, saying: "We are still moving ahead with our engagement for the coming session."

Nikki Haley, the U.S. ambassador to the United Nations, publicly told the Council a year ago that Washington might leave the body unless a "chronic anti-Israel bias" were removed.

The forum, set up in 2006, has a permanent standing agenda item on suspected violations committed by Israel in the occupied Palestinian territories, which Washington wants removed.

Washington says the Council is stacked with opponents of Israel and boycotted it for three years under President George W. Bush before rejoining under Barack Obama in 2009.

The 47-member forum last month voted to set up a probe into killings in Gaza and accused Israel of excessive use of force. The United States and Australia cast the only "no" votes. Israel's ambassador in Geneva, Aviva Raz Shechter, castigated the Council for "spreading lies against Israel".

Talks held in Geneva and in New York for months could not find consensus around a new agenda, according to activists and diplomats who have taken part.

While the Trump administration has yet to announce a decision, any suspension or withdrawal would be the latest U.S. rejection of multilateral engagement after pulling out of the Paris climate agreement and the deal with world powers over Iran's nuclear program.

Diplomats said it could also lead to Israel being even more isolated in the Human Rights Council and could bolster countries such as Cuba, Egypt, Pakistan and Russia who resist what they see as U.N. interference in sovereign issues.

The European Union failed to find a common position, mainly due to Belgium's wish to keep violations in individual countries firmly on the agenda of each session, they said.

The United States also wants to make it easier to kick off member states with egregious rights records. Haley has cited Venezuela, China and Saudi Arabia as violating standards.

The Council has ongoing investigations into violations in hotspots including Myanmar, South Sudan, and Syria, with a view to gathering evidence that could lead to future prosecutions.

Marc Limon, executive director of the think tank Universal Rights Group, said there were "rumors and mutterings" of a "political decision" having been taken in Washington to disengage.

"They could either leave the seat empty, which could happen in June, or if withdrawing, formally notify the (U.N.) General Assembly," he told Reuters.

Swiss Ambassador Valentin Zellweger said: "The decision by the Americans will have a profound impact on the Council. If they withdraw, we can expect significant consequences."

The United States had long played a "leadership role" in the Council, Zellweger said, adding: "Unfortunately I agree with them that not all members fulfil the (membership) criteria."

The United States is leaving the United Nations’ Human Rights Council, accusing the organisation of bias against Israel and pointing... Read More...

GENEVA, Dec 20: Myanmar has told the U.N. independent investigator into human rights in the country that it will not cooperate... Read More...