US backed forces claim to “Liberate” Yemenis, instead rape detainees 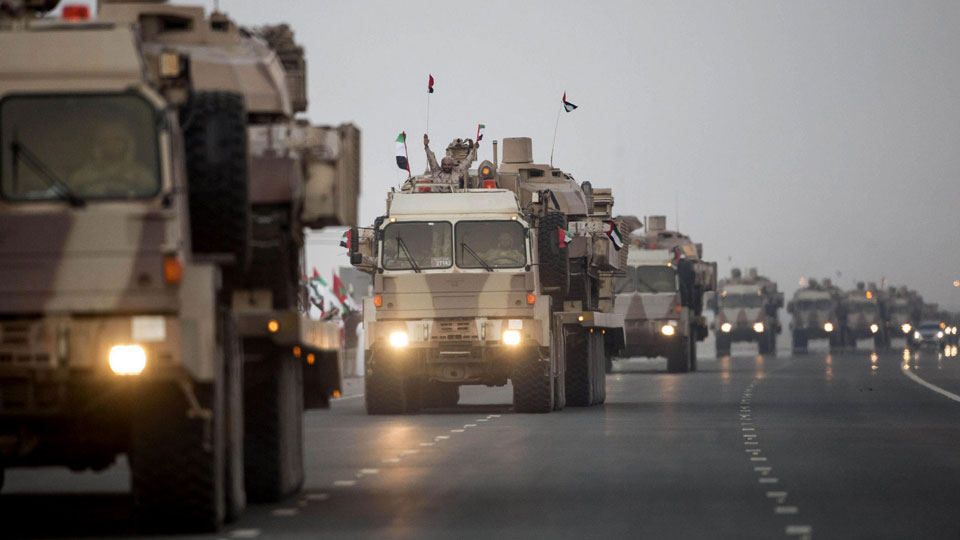 As an ally of the United States’ “counter-terrorism” operation in Yemen, the United Arab Emirates established 18 prisons throughout territory under their control.

YEMEN, June 23: The so-called “liberators” in Yemen are sexually and physically torturing detainees at secret prisons. Survivors recall disturbing stories laden with gruesome interrogation tactics for extracting false confessions. Meanwhile, the Saudi-led coalition in Yemen attempts to portray themselves as the bearers of freedom and reason.

As an ally of the United States’ “counter-terrorism” operation in Yemen, the United Arab Emirates established 18 prisons throughout territory under their control. An ongoing investigation from the Associated Press has so far identified instances of deranged sexual torture at five of these facilities. The Emirati headquarters in Yemen houses one of such facilities where witnesses have seen American soldiers.

The United States provides the United Arab Emirates with billions in weapons, and military equipment through the Saudi-led coalition and counter-terror operations in Yemen. Washington also has ground troops in Yemen assisting and training Emirati forces.

"Americans use Emiratis as gloves to do their dirty work,” at a prison in Mukallah told the Associated Press.

Witnesses say Emirati soldiers, mercenaries, and paid Blackwater mercenaries frequently raped detainees while others filmed the act. Other sexual torture includes electrocuting or hanging rocks from detainees’ testicles and sodomy with wooden or steel poles. The goal is to extract confessions.

"They strip you naked, then tie your hands to a steel pole from the right and the left so you are spread open in front of them. Then the sodomizing starts,”  said one man, a father of four.

The detainee who drew the photos in the Tweet spent time in at least three different prison centers.

"They tortured me without even accusing me of anything. Sometimes I wish they would give me a charge so I can confess and end this pain,” he said. “The worst thing about it is that I wish for death every day and I can’t find it,” he said. The Saudi-led coalition includes about 34 different countries from around the world. Many people don’t realize the scope of the war against Yemen. Even nations that tend to stay out of other major conflicts like Morocco, Sudan, Eritrea, and Croatia provide the Saudi coalition with military or logistic support.

The United States, United Kingdom, France, and Canada provide the bulk of the Saudi-coalition’s military support.

Considering that the available evidence linking Iran to Yemen’s resistance, Ansarullah (the “Houthis”), remains inconclusive, this is clearly a world war against Yemenis. Saudi Arabia launched this war in March of 2015 to reinstate their puppet government of Abdrabbuh Mansour Hadi who had already resigned from protests.

Throughout the course of this war, Saudi Arabia, the United Arab Emirates, and the United States have championed themselves as “liberators.” If anyone was fooled into believing a ragtag gang of head choppers and child killers were the “good guys” in this scenario, these torture prisons filled with rape should help change that perception.

Also throughout the course of this war, the Saudi coalition has peddled nonstop — and in most cases false — anti-Ansarullah (Houthi) propaganda about detaining journalists and activists. Of course, the stories about Ansarullah granting amnesty to political prisoners don’t fit the official Saudi narrative so they tend to not make headlines.

This story about rape at the secret prisons broke just as the United Arab Emirates launched their operation to take Hodeidah port from Ansarullah (indigenous Yemeni) forces. France sent special forces to assist the Saudi-UAE coalition. At this point, despite all the military might in the world behind them, coalition efforts to occupy Hodeidah remain unsuccessful.

The Saudi coalition that Ansarullah uses Hodeidah port to import Iranian weapons and military equipment under the front of aid. However, all ships entering the port must first dock at Djibouti or a neighboring port for inspection from the coalition themselves.

Experts say anywhere from 250,000 to 600,000 could die in operation “Golden Victory” to take Hodeidah port. Rough estimates put the casualty toll in Yemen at over 36,000 between killed and injured. Tens of thousands more have died from the Saudi-imposed and U.S.-enforced blockade which restricts land, sea, and air imports exports and the flow of movement.

The blockade has put between 18 and 22 million on the brink of famine and triggered a cholera epidemic completely unprecedented in modern times.

EAST RUTHERFORD, Aug 2: Severe weather forced fans at Beyonce and Jay-Z’s concert out of their seats to wait inside... Read More...

China sends forces to 1st military base abroad, in Djibouti

BEIJING, July 12: China on Tuesday dispatched members of its People's Liberation Army to the Horn of Africa nation of... Read More...