US announces squad for League 2 tri-series 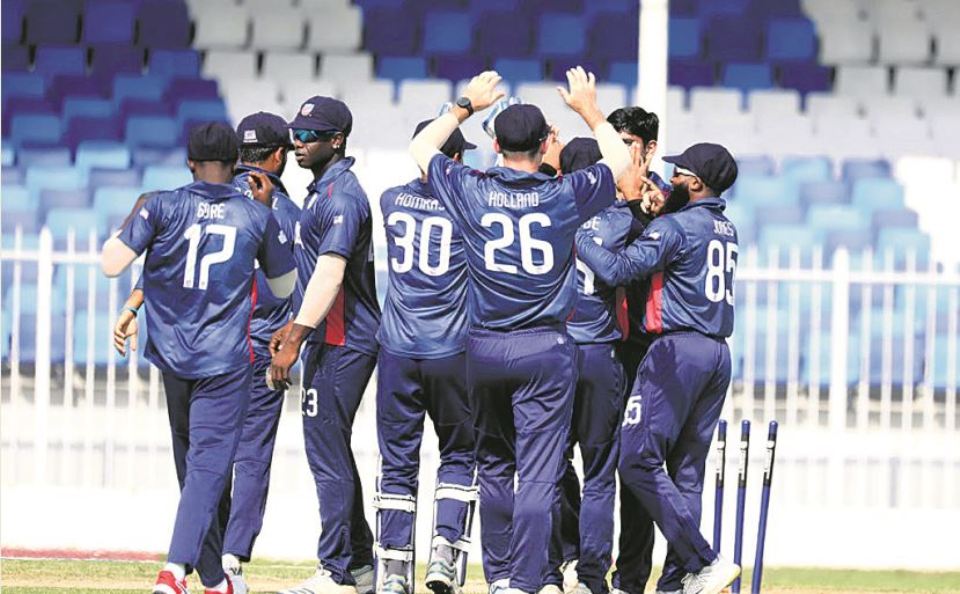 KATHMANDU, Jan 22: USA Cricket, the cricket board of the United States, announced a 14-man unchanged squad to represent its national cricket team to participate in the ICC Cricket World Cup League 2 Series to be hosted by Nepal from February 5 to 12 in TU Cricket Ground in Kathmandu.  The United States will play two One-day Internationals (ODIs) each against Oman and host Nepal.

Team US  is leading the seven-team League 2 table with six wins in eight matches whereas Oman sits firmly on fourth spot with four wins, two no-results and two losses. Nepal is yet to play a single match in the league.

Team US will travel India for a preparatory camp in Mumbai a week before reaching Kathmandu to feature in three 50-over matches against Mumbai Cricket Association XI.

The chairman of selectors at USA cricket is upbeat about the form US cricket is in after recently winning three out of four matches in recent United Arab Emirates (UAE) League 2 tour.

“All 14 players that performed so well in the UAE are fit, healthy and available for our series in Nepal,” said Ricardo Powell. Similarly, the former West Indian cricket player added that acclimatizing to the conditions will be key before the series.

“It is crucial to adapt to the local conditions quickly. The preparatory tour of Mumbai leading up to the ODIs will be critical to ensuring we get some game time in similar conditions.”

This is Nepal’s first triangular series of ODIs under league whereas the United States will be featuring in its third. The US gained ODI status at ICC World Cricket League Division 2 in Namibia in April 2019, the last of its kind. The US will play its first match on Feb 6 against Oman.

Car goes missing after falling into Trishuli
7 hours ago

Body of missing Sherpa found in Manaslu
9 minutes ago