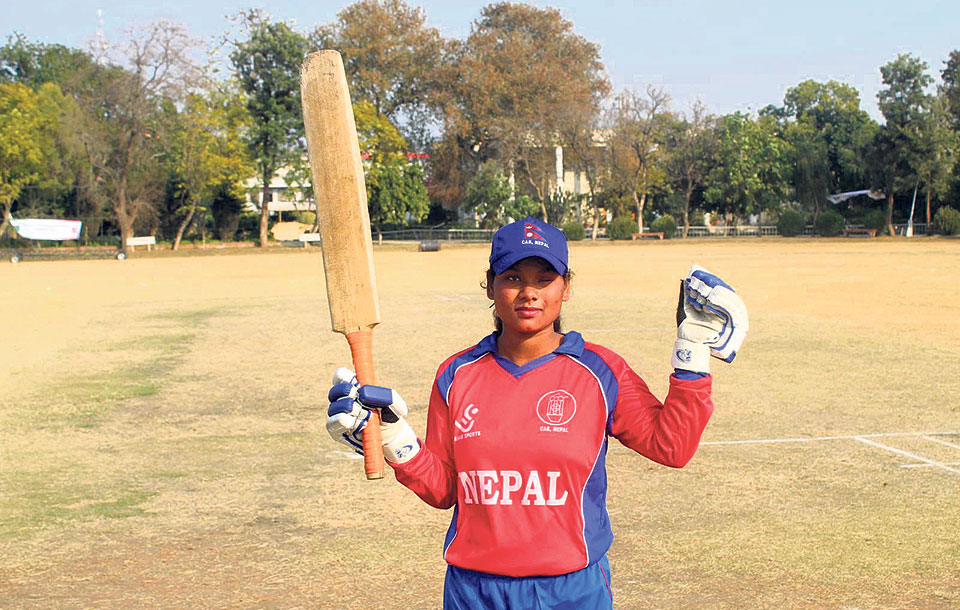 Nepal had defeated Pakistan by 10 wickets in the first match as well before rain washed away the second match between the two sides. Similarly, the third match was also abandoned due to rain in Faisalabad. The Pakistan Blind Cricket Council shifted the venue to Islamabad, as per its original schedule, where Nepal won the game on Saturday.

Nepal chased the target of 103 runs in 7.3 overs presented by Pakistan. B2 category classified player of the match Chaudhary completed her half-century in 21 deliveries and remained unbeaten on 58 runs including 10 boundaries.

Her opening partner Binita Pun scored 34 not out including five boundaries in a record opening partnership in women’s blind cricket to complete the chase by 10 wickets.

Nepal captain Bhagwati Bhattarai praised Pakistan’s improved performance. “Pakistan played well today but our players are in good form. We will look to continue the same form ahead in the series.”

Nepal and Pakistan will play fourth and fifth matches of the bilateral series organized by Pakistan Blind Cricket Council on Sunday and Monday.