Double-amputee ex-soldier looks to Everest as his greatest battle 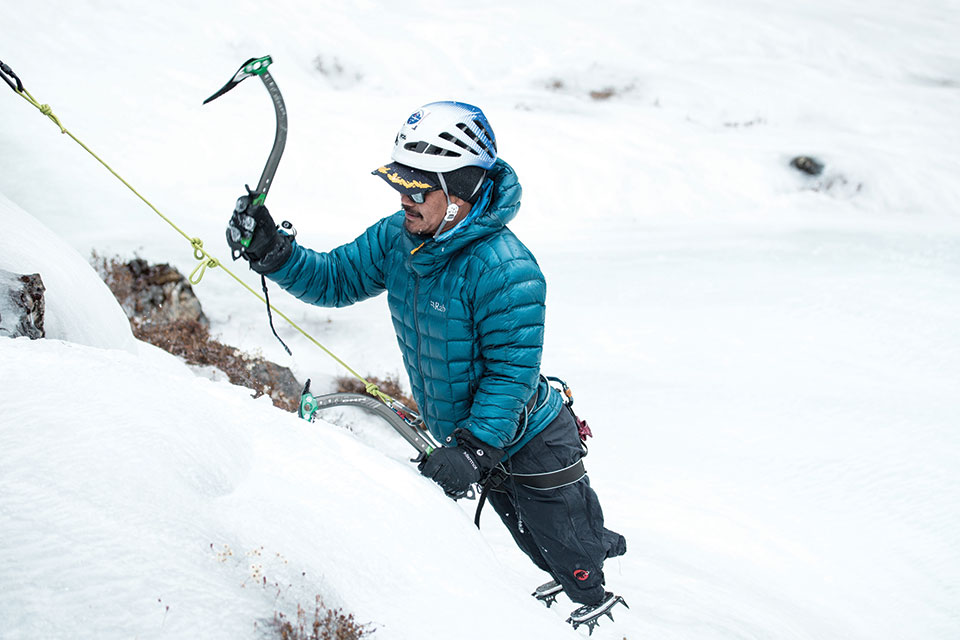 Hari Budhamagar at a peak at Thorang-la pass in this undated photo provided by himself.

Urges government to remove legal hurdle to his climb

KATHMANDU, Jan 23: Hari Budhamagar, a local of Thabang in Rolpa district, was very fond of snowy mountains since his childhood. He grew up with a big dream of climbing Mt Everest someday. At 19, he joined the British army. His dream lived on deep inside and he was always going to realize. One day he had an accident which claimed both his legs. “I was 32 then. A severe electric shock I sustained during combat in Afghanistan led to both my legs being amputated,” he said. "The change in my life was catastrophic.”

His most cherished Everest dream now seemed to mock him. He initially thought he should simply give it up. However, it kept nagging him, and he thought about it again.
“Earlier, it was just a fascination with the mountain. But after the amputations, my sense of self-changed. I started preparing for the mountain even more intensely. I felt I needed to inspire others also,” says Budhamagar.

While his zeal is undiminished now,  he has even made all the necessary preparations to accomplish the goal. But there was now a serious hurdle. Last December, the government banned double amputees and the visually impaired from climbing Everest.

“When I heard about this I was climbing in Mustang. I was readying myself for the final goal,” he said. “It was a huge disappointment.”

Safety matters cited by the government for the ban concern him also. Anyone who wants to do serious climbing needs to adopt measures to ensure safety, he said. “But we have super-modern technology and tools to enable us to do anything just like normal people. Not letting us climb Everest just because we have lost our legs is not fair. What is important is we have not lost our courage,” he maintains.

The National Federation of Disabled Nepal (NFDN) has criticized the ban and urged the government to reconsider. “We want the government to rethink,” said Sudarshan Subedi, president of NFDN. “We are with him (Budhamagar), and we encourage him. He is an inspiration for all,” he added.

Budhamagar, who now lives in the UK,  is going back there soon but will return to try to climb Everest. “I believe  I will fulfill the dream some day. I have fought many battles in life. I see a greater meaning in fighting this one,” he asserted.

He climbed the 6,474 meter  Mera Peak in Solukhumbu in September.