Upper Trishuli 3A to start commercial generation from Monday 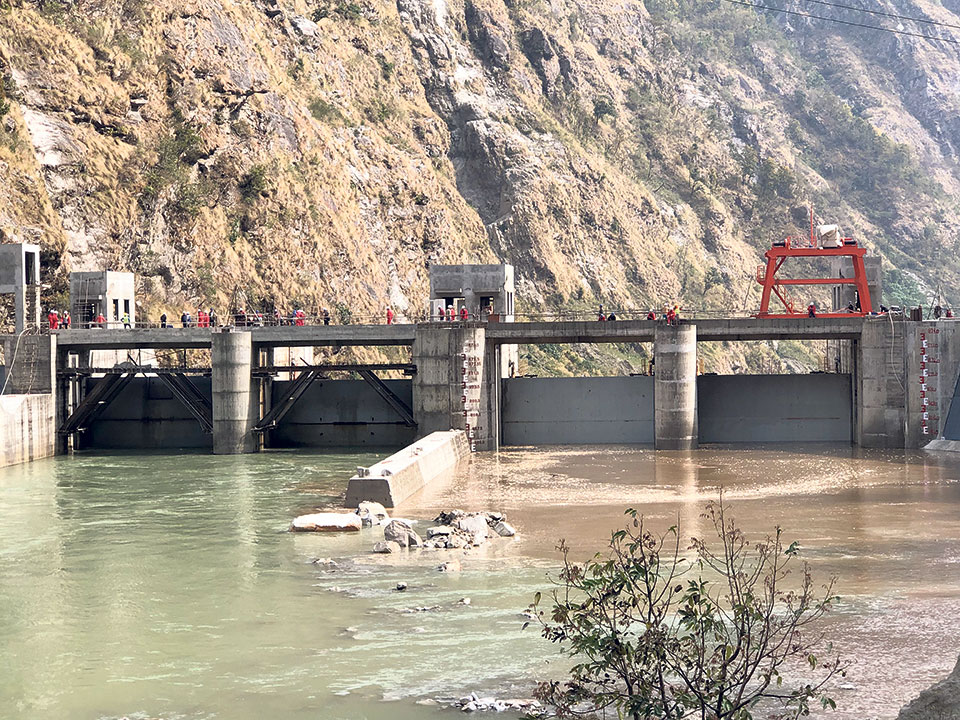 The 60 MW project had started generating electricity five months ago. But there were some works left to be completed because of which the project was yet to generate electricity commercially.

Project Chief Phadindra Raj Joshi said that the Taking-Over Certificate will be handed over to the project and the commercial generation of electricity will also start from the same day.

The certificate is being provided after the report of performance test was jointly inspected by the project, contractor, and consultant.

The testing and monitoring work of the project has been completed. The project that has dam in Rasuwa and powerhouse in Nuwakot has been constructed by Nepal Electricity Authority (NEA).

The project has 8% contribution to the power consumed in the country. Thirty megawatt electricity will be generated from each of the two units. The breakthrough of the project's tunnel was done in August 2017. The project was constructed by the Chinese contractor company China Gezhouba Group Corporation (CGGC).

The agreement with the CHHC to work for the civil powerhouse, dam, tunnel and structure, electro-mechanical and hydro-mechanical works in engineering, procurement and construction (EPC) model was signed on July 30, 2010.

KATHMANDU, Sept 13: With the rising number of electric vehicles on the streets of Kathmandu, Nepal Electricity Authority (NEA) is... Read More...

KATHMANDU, Sept 20: The World Bank has approved its first loan of US$ 100 million to strengthen the finances and... Read More...

'I will pay attention to appropriate allocation of budget, increasing expenditure capacity'
22 hours ago