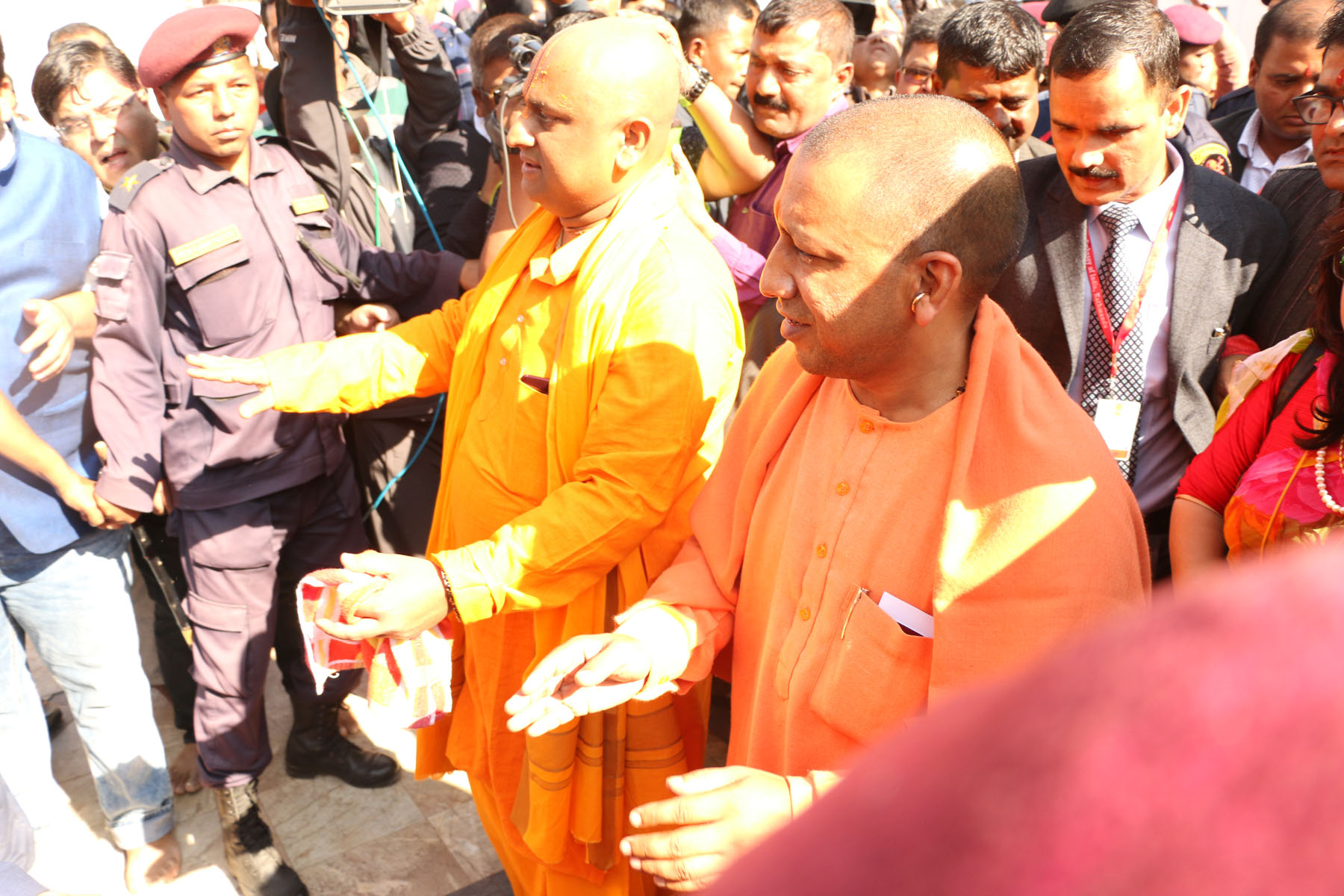 JANAKPURDHAM, Dec 12: The Province No 2 Government today felicitated the Chief Minister of Uttar Pradesh state of India, Yogi Adityanath, who arrived here as part of the bridegroom’s party from Ayodhya to participate in the Sitaram Vivah Mahotsav.

The Chief Minister of Province-2, Lal Babu Raut, honored the Indian Chief Minister Yogi at a function held at Madhesh Bhawan here. On the occasion, Chief Minister Raut welcomed his Indian counterpart and presented a Letter of Felicitations.

In the letter of felicitations, Chief Minister Raut has hailed the religious and cultural specialty of Nepal and India as exemplary and urged for the cooperation and commitment of all in the campaign of strengthening the democracy.

Meantime, UP Chief Minister Yogi Adityanath attended the Bhandara (luncheon) hosted in his honor by the Province-2 government earlier today. The luncheon was organized at the Madhesh Bhawan. Thirty-six different varieties of food were served in the Bhandara.

A cultural programme was also organized in honor of the visiting guest of honor on the occasion.

Before this, the Chief Minister of Uttar Pradesh, India had performed puja at the Janaki Temple. Minister for Culture Adhikari, Nepali Congress party vice-president Bimalendra Nidhi, the temple assistant priest Mahanta Ram Roshan Das had received the Yogi at the temple premises. RSS

JANAKPUR, March 24: The District Court, Dhanusha, on Sunday, started the hearings on the notorious case of a  bomb blast... Read More...

JANAKPURDHAM, May 1: Security has been beefed up and preparations intensified as the date for Indian Prime Minister (PM) Narendra Modi's... Read More...

JANAKPUR, July 25: The streets and intersections in Janakpur Sub Metropolitan City have been waterlogged after torrential downpour. ... Read More...

Govt forms panel to probe death of rhino
53 minutes ago