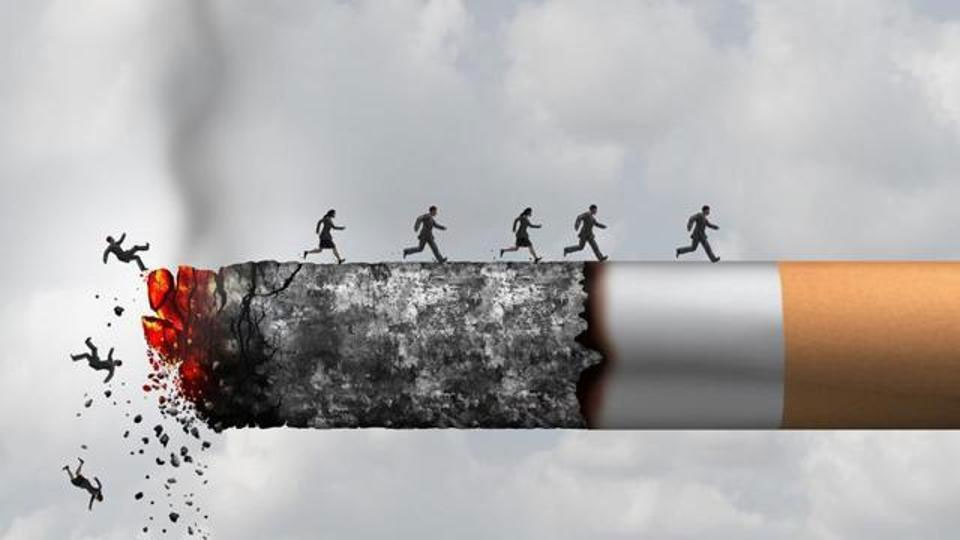 Scientists have identified chemical changes deep in the brain that drive nicotine addiction. This might lead to new treatments for the condition.

Scientists have identified specific chemical changes deep in the brain that help drive nicotine addiction, an advance that may lead to new treatments for the condition. In the research published in the journal PNAS, scientists were able to halt these changes in mice and discover potential targets for drugs to treat tobacco dependence.

Nicotine is a stimulant that works by binding to receptors widely distributed throughout the brain, causing neurons to release a variety of neurotransmitters including dopamine, which triggers feelings of pleasure. In a search for the brain cells that transmit this response, researchers at the Rockefeller University in the US investigated how nicotine affects two midbrain structures, the interpeduncular nucleus (IPN) and the medial habenula (MHb).

While these brain regions are ancient in evolutionary terms and are found in all vertebrates, including humans, they have not received much attention from scientists until recently, researchers said. Working with mice, Jessica L Ables, first author of the study, found that chronic nicotine consumption alters the functions of a particular population of neurons inside the IPN.

These altered brain cells, which she dubbed Amigo1, appear to promote nicotine addiction by disrupting the communication between the habenula and the IPN. Normally, these brain structures have a system in place to curtail nicotine addiction. The habenula responds to a given dose of nicotine by sending an aversion signal to the IPN that decreases the reward of the drug, an effect that ultimately limits the urge to consume nicotine.

After chronic exposure to nicotine, however — the mice used in the study drank nicotine-laced water for six weeks — the Amigo1 cells compromise this “braking effect” by releasing two chemicals that reduce the response of the IPN to the aversion signal from the habenula. In other words, the stop-smoking message does not get delivered.

The result is a “pro-addiction” response to nicotine, which the mice displayed in a behavioural test designed to measure the motivational properties of the drug. In the test, called conditioned place preference, the mice chose to spend time in a chamber where they had previously received nicotine. “If you are exposed to nicotine over a long period, you produce more of the signal-disrupting chemicals and this desensitises you. That is why smokers keep smoking,” said Ines Ibanez-Tallon, a scientists in the lab of Nathaniel Heintz, a professor at the Rockefeller University.

In other experiments, her group was able to confirm that these mice’s response to chronic nicotine was indeed influenced by Amigo1 neurons. When the researchers silenced these neurons using a genetic engineering technique, this eliminated the “nicotine preference” of the mice, strongly suggesting that those neurons play a role in the addictive behaviour.

Here’s why the Hrithik-Kangana spat is far from over

The legal battle between actors Hrithik Roshan and Kangana Ranaut following their public spat over whether the two were in... Read More...

Govt forms panel to probe death of rhino
1 minute ago