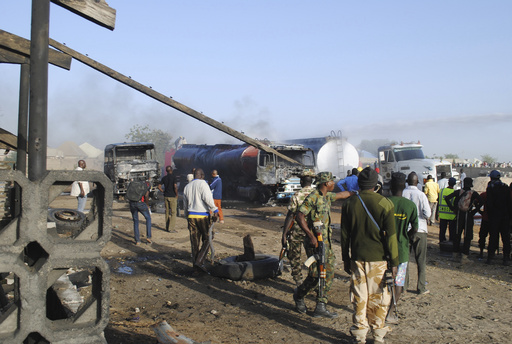 NEW YORK, April 1: The U.N. Security Council called for stepped up efforts Friday to defeat Boko Haram insurgents and Islamic State extremists in Nigeria and the Lake Chad region and tackle the humanitarian crisis that has left millions facing hunger and possible famine.

A resolution adopted unanimously by the U.N.'s most powerful body strongly condemned attacks by the militant groups and encouraged greater support to strengthen the capabilities of the multinational force trying to rout them. It said the force needs logistical, mobility and communications assistance and equipment, and better ways to share information.

It expressed "grave concern at the ongoing terrorist attacks" by Boko Haram and Islamic State militants and at "the dire humanitarian situation across the region caused by the activities of Boko Haram."

The resolution urged the immediate disbursement of the $458 million in humanitarian assistance pledged for the Lake Chad region for 2017 at a donors conference in Oslo and called on those who haven't donated to contribute urgently.

The Security Council visited the Lake Chad region in early March for a firsthand look at the impact of the extremist attacks and the humanitarian crisis.

"We will fail the people of the region if we do not respond to what we saw, if we don't take tangible actions to bring real relief, real respite to the suffering, the hunger, the instability," he told the council after the vote.

First and foremost, Rycroft said, the international community and the United Nations must scale up their response to the looming humanitarian disaster.

"If we act now, famine can be avoided," he said.

To tackle the crisis, Rycroft said, the root causes must also be addressed including "economic inequalities, countering violent extremism, and empowering women." And he stressed that humanitarian aid must be accompanied by economic development.

KATHMANDU, Aug 4: Transparency International and its chapter in Nepal have urged the government to take action to end the hunger... Read More...