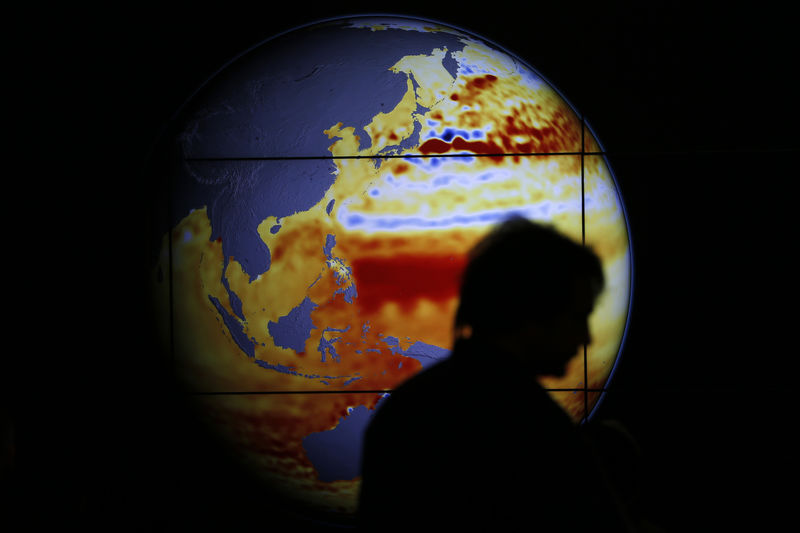 Sept 30: The world's nations will gather at a UN conference in South Korea on Monday to review and approve a 20-page bombshell -- distilled from more than 6,000 scientific studies -- laying out narrowing options for staving off climate catastrophe.

When the 195 countries who signed off on the Paris Agreement in 2015 requested a report from UN-led scientists on the feasibility of capping global warming at 1.5 degrees Celsius, the gesture seemed to many unnecessary.

The treaty, after all, enjoined the world to block the rise in Earth's surface temperature at "well below" 2C (3.6 degrees Fahrenheit) compared to preindustrial levels, adding a safety buffer to the two degree threshold long seen as the guardrail for a climate-safe world.

Since then, however, a crescendo of deadly heatwaves, floods, wildfires and superstorms engorged by rising seas -- with less than 1C warming so far -- has convinced scientists that the danger cursor needed to be reset.

"There is increasing and very robust evidence of truly severe and catastrophic risks even at the lower bounds of these temperature targets," said Peter Frumhoff, director of science and policy at the Union of Concerned Scientists, a Washington-based research and advocacy group.

The promise of "pursuing efforts" to limit warming to 1.5C -- added to the Paris treaty at the last minute, in part to assuage poor nations who felt short-changed on other fronts -- caught scientists off-guard.

"There wasn't very much literature on 1.5C warming three years ago," said Jim Skea, a professor of at Imperial College London's Centre for Environmental Policy, and a co-chair of the Intergovernmental Panel for Climate Change (IPCC), the UN science body charged with writing the "Special Report" on 1.5C.

Of hundreds of climate models in 2015 projecting a low-carbon future, only two or three aimed for a 1.5C global warming cap.

The 20-page Summary Policy Makers -- which will be collectively scrutinised, line-by-line, by hundreds of diplomats through Friday -- contains several benchmark findings, according to a draft obtained by AFP.

At current levels of greenhouse gas emissions, for example, the Earth's surface will heat up beyond the 1.5C threshold by 2040, the report concludes with "high confidence".

To have a fighting chance of staying under the 1.5C cap, the global economy must, by 2050, become "carbon neutral", meaning no additional CO2 can be allowed to leach into the atmosphere.

In addition, the report suggests that carbon dioxide emissions from human activity will need to peak in 2020 and curve sharply downward from there.

So far, we are still moving in the wrong direction: after remaining stable for three years -- raising hopes the peak had come -- emissions rose in 2017 to historic levels.

For many scientists, these targets are technically feasible but politically or socially unrealistic, along with the broader 1.5C goal.

"The feasibility is probably going to remain an open question, even after the report comes out," said Michael Oppenheimer, a professor of geosciences and international affairs at Princeton University.

A main focus of the underlying, 400-page report -- written by a team of 86 authors, supported by another 150 scientists -- is the difference a half-degree Celsius can make in terms of impacts.

"When we're talking about 1.5C it's not just to protect a few dozen small island nations," said Henri Waisman, a senior researcher at the Institute for Sustainable Development and International Relations, and a coordinating author of the report.

"It's to avoid dramatic impacts that become exponentially more dramatic when we go from 1.5C to 2C."

What used to be once-a-century heatwaves in southern and central Europe, for example, are projected to occur four out of 10 summers in a 1.5C world, and six out of ten in a 2C world.

Many tropical fisheries are likely to collapse somewhere between the 1.5C and 2C benchmark, as fish seek cooler waters; staple food crops will decline in yield and nutrition an extra 10 to 15 percent; coral reefs that may have a chance of surviving if air temperatures remain below 1.5C will very likely perish with an additional half-degree of warming.

Most worrying of all, perhaps, are temperature "tipping points" that could push methane-laden permafrost and the icesheets of Greenland and West Antarctica -- which hold enough frozen water to lift global oceans by a dozen metres (nearly 40 feet) -- beyond the point of no return.

Some experts, however, worry that focusing on the contrast between a 1.5C and 2C world obscures the fact we are currently on a trajectory that will crash through both these thresholds.

"But while we might call 2C an upper bound, let's not pretend that we're on a 2C path -- we are way above that," he told AFP.

Even taking into account voluntary national pledges to cut greenhouse gas emissions, submitted in annex to the Paris treaty, the Earth is on track to heat up by an unliveable 3.5C or more by century's end.

"If we want to save ourselves from the disasters that are looming, we only have unrealistic options left," said Kaisa Kosonen, Greenpeace IPPC campaign lead.

"We have to try to make the impossible possible."

WASHINGTON, Oct 8: Preventing an extra single degree of heat could make a life-or-death difference in the next few decades... Read More...