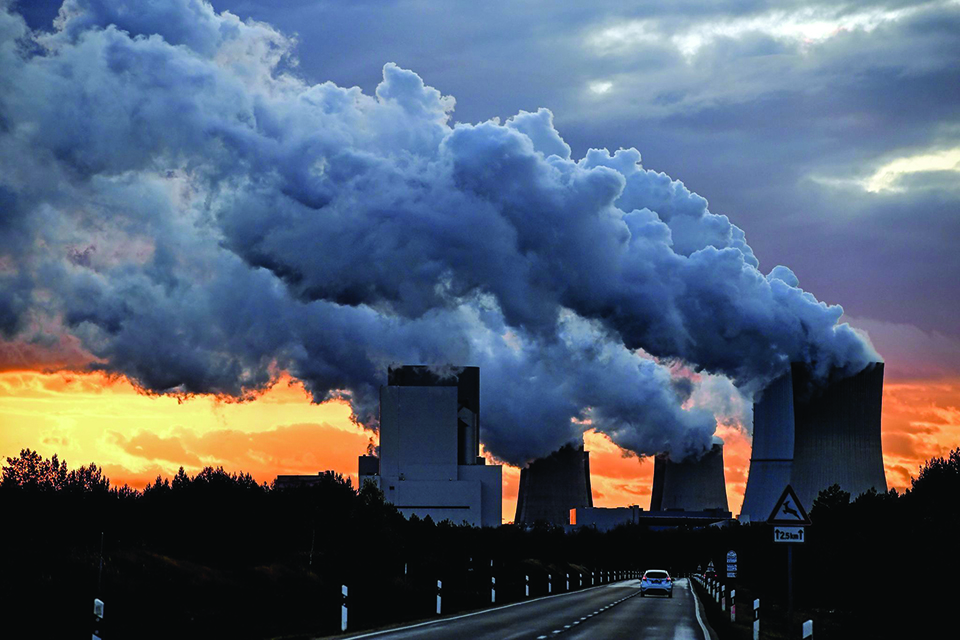 NEW YORK, Nov 6: The International Panel on Climate Change (IPCC) has said that more powerful hurricanes, worsening drought, melting glaciers and rising sea levels are affecting populations around the world at an ever faster pace. While nations have now stepped up to reduce greenhouse gas emissions under the Paris Accord, the new UN requested report makes it abundantly clear that we must do more, the IPCC said on Monday.

The UN report also said that ozone in parts of the stratosphere has recovered at a rate of 1-3 per cent since 2000 and, at projected rates, Northern Hemisphere and mid-latitude ozone is scheduled to heal completely by the 2030s, followed by the Southern Hemisphere in the 2050s and polar regions by 2060.

This is due to internationally agreed actions carried out under the historic Montreal Protocol, which came into being over 30 years ago in response to the revelation that chlorofluorocarbons (CFCs) and other ozone-depleting substances — used in aerosols, cooling and refrigeration systems, and many other items — were tearing a hole in the ozone layer and allowing dangerous ultraviolet radiation to flood through.

The IPCC report, drafted in response to a request by the United Nations Framework Convention on Climate Change (UNFCCC), evaluates the differences between a 1.5°C and a 2°C future and whether different emissions trajectories can achieve a future with less warming. It makes clear that we need a global commitment to move away from fossil fuels and also focus on the removal of carbon dioxide that is already in the atmosphere (not just reduction of future emissions) to prevent irreversible effects that would have devastating consequences across the globe. Such an approach is especially vital to the ocean, where achieving a 2°C future (the official goal of the Paris Accord) would still result in destructive changes to the ocean and coastal areas around the world. We can and must do better.

Next year, the protocol is set to be strengthened with the ratification of the Kigali Agreement which calls for the future use of powerful climate-warming gases in refrigerators, air conditioners and related products to be slashed.

“The Montreal Protocol is one of the most successful multilateral agreements in history for a reason,” said Erik Solheim, head of UN Environment. “The careful mix of authoritative science and collaborative action that has defined the protocol for more than 30 years and was set to heal our ozone layer is precisely why the Kigali Amendment holds such promise for climate action in future.”

The findings provide a ray of hope, less than a month after the IPCC, or Intergovernmental Panel on Climate Change (IPCC), released a watershed repor which described the devastating effects of a 2°C temperature rise compared to pre-industrial levels, described by UN chief António Guterres as an “ear-splitting wake-up call.”

The writers of the report found that, if the Kigali Amendment is fully implemented, the world can avoid up to 0.4 per cent of global warming this century, meaning that it will play a major role in keeping the global temperature rise below 2°C.

The IPCC said to date, human activities have caused approximately 1°C of global warming since the Industrial Revolution; this warming will likely reach 1.5°C between 2030 and 2052 if current activities continue. While these differences seem small, the consequences are not.

Scientists now predict large differences between current conditions and those likely to occur between 1.5°C and 2°C. By 2100, average global sea level rise would be around 0.1 metre lower with global warming of 1.5°C compared to 2°C.

The West exalted its economy through “all means possible” approach during the industrial revolution. They need to clean up the... Read More...