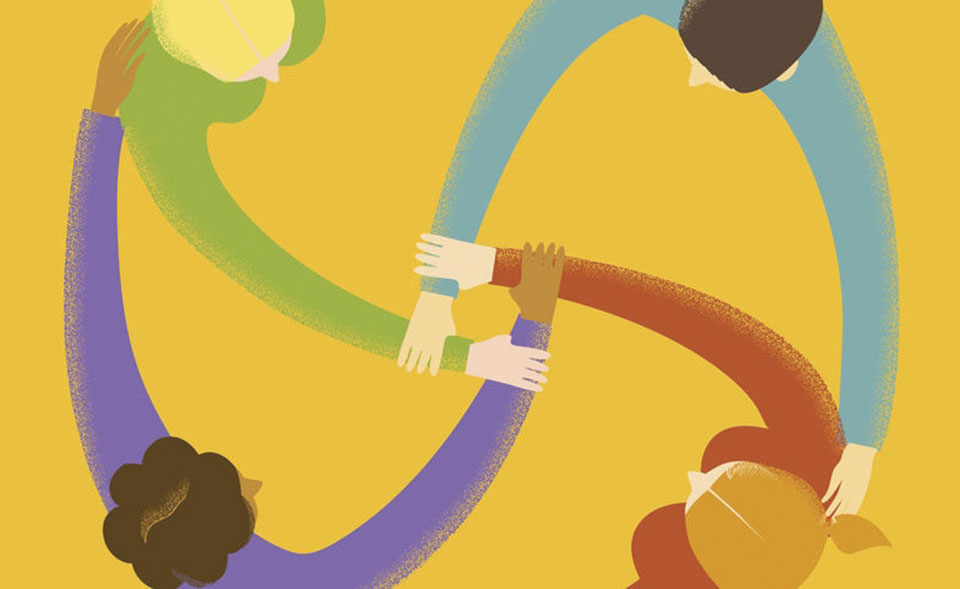 Lamichhane is affiliated with the Institute of Foreign Affairs (IFA), a government think tank under the Ministry of Foreign Affairs, and is pursuing his Mphil/Phd at the Department of International Relations and Diplomacy, TU.
news@myrepublica.com

Nepal shares its borders with two Asian giants - China and India - like Ukraine shares with NATO countries and Russia. Nepal has seen similar events near its borders. The first one was the political control of Tibet by China. The second example is the merger of Sikkim into India in 1975. Nepal should thus maintain balanced relations with both India and China and should be careful while developing relations with countries that are hostile to these two countries.

The Russia-Ukraine conflict is not a new but a long-running one, starting right after Ukraine declared independence from the Soviet Union. Ukraine became an independent country in 1991 after the fall of the USSR. Independence was gained through a series of referendums with conflicting results. Since independence, Ukraine has been playing the role of a buffer between NATO countries and Russia. However, following continued friction between these two countries, on February 22, Russian President Vladimir Putin announced a "special military operation" against Ukraine and declared Luhansk and Donesk, two breakaway areas of the Donbas region of Ukraine, as republics and offered them recognition. It has brought back memories of the Cold War era, when the US and the Soviet Union competed with each other to flex their muscles in order to project their influence and power. Further, it has spread multiple negative impacts on the world that had just begun to pick up the pieces following the recovery from the COVID-19 pandemic. The war has turned the economic and international relations order upside down, in addition to the growing human casualties. Nepal is far away from Ukraine, but it is also set to suffer the potential repercussions of the war. It has already been hit by the rising price of fuel.

Ukraine has been asking for help from NATO since the Russian invasion. However, western countries have put pressure on Russia through economic sanctions and voted against Russia in the United Nations. US President Biden says that involving NATO will start the third world war. On the other hand, India stays neutral because of its own strategic considerations and national interest, while China's stance appears not to be negative toward Russia's action.

However, Nepal has chosen to take a straightforward position, eight years after it decided to abstain from voting on the UN Resolution on Crimea annexation in 2014. At the United Nations General Assembly, 141 countries, including Nepal, voted in favor. Similarly, Nepal has voted for the UN Human Rights Council's proposal to investigate violations of human rights in the war along with 31 other nations. Further, Nepal’s Ministry of Foreign Affairs issued a statement on the Ukraine crisis saying: “The recognition of Ukraine’s Donesk and Luhansk regions as independent entities goes contrary to the provisions of the UN Charter. Nepal opposes any use of force against a sovereign country in any circumstance and believes in the peaceful resolution of disputes through diplomacy and dialogue. It is worth recalling here that Nepal has stood in favor of peace, justice, and rights at the crucial point of history. Nepal was the first country in South Asia to recognize Israel, while other South Asian countries were still indecisive. The future will prove that Nepal stood on the right side of history by supporting Ukraine.

Nepal’s relations with both Ukraine and Russia have been friendly and cooperative. Diplomatic relations with Ukraine were established on January 15, 1993. However, Nepal does not have an embassy in Kyiv. On the other hand, bilateral relations between Nepal and Russia are based on mutual understanding and trust. Russia has been helping Nepal to move toward economic self-reliance. Russia has made significant contributions to Nepal’s economic and social development. But after the arrival of the multi-party system, this chain of assistance was stopped. Nepal has increased its priorities with neighboring countries like India and China.

This is not the first time that Russia has unleashed its military might on its neighbors. Ukraine's Crimea was occupied by Russia in 2014. Earlier, Georgia also had to face a Russian attack. Until 2004, Ukraine had maintained balanced relations with both Russia and the West. However, Ukraine’s foreign policy equilibrium changed after the President Viktor Andriyovych Yushchenko came to power and adopted a pro-west policy and planned to join the European Union and ultimately NATO. The US desired to remove Ukraine from Russia's security orbit and integrate it into the Western camp. The United States is expanding the North Atlantic Treaty Organization’s (NATO) eastward. Beginning in 1999, the eastward expansion of NATO has already incorporated Poland, Bulgaria, Romania, Hungary, the Czech Republic, Lithuania, Latvia, and Estonia.

The US and the West want to further expand NATO, and their next targets are Ukraine and Georgia. Putin considers Ukraine as Russia’s backyard, its sphere of influence and Ukraine joining NATO as a direct security threat to Russia. Once, Vladimir Lenin said, "What Ireland was for England, Ukraine has become for Russia." Thus, the present conflict is the outcome of this Russian mind-set. Apparently, the war is between Russia and Ukraine. But the crux of the problem is not between Russia and Ukraine alone, but between Russia and the United States. However, domestic politics was also partly responsible as politicians often politicize strategic and foreign affairs for partisan interest, being polarized into pro-West and pro-Russian camps and failing to understand the sensitivity of its powerful neighbor. Thus, the Ukrainian crisis is a mix of both domestic and foreign policy disasters. Furthermore, the invasion has directly raised questions about the sovereignty of small countries. Sovereignty has been at the center of the post-Westphalia world order and the UN Charter.

Nepal shares its borders with two Asian giants - China and India - like Ukraine shares with NATO countries and Russia. Nepal has seen similar events near its borders. The first one was the political control of Tibet by China. The second example is the merger of Sikkim into India in 1975. Further, Nepal was ignored by India and China when the two agreed in 2015 to develop road links via Lipulekh, a territory claimed by Nepal to promote trade and pilgrimage. Like we have social and cultural relations with India, Ukraine has with Russia. During the constitution making process, India tried to use demographic and socio-cultural proximity to fulfill its political interests.

In addition, Nepal is presently confronted by not just two, but three powers. The controversy over the Millennium Challenge Corporation and China’s Belt and Road Initiative is a serious matter for Nepal. Thus, the developments in Ukraine clearly show that small states like Nepal must walk a fine line between protecting their sovereignty and showing "strategic empathy" toward the interests of major powers. Let’s hope Nepal doesn’t have to suffer like Ukraine. For that to happen, our leaders should not let the West or any other nation decide, what’s good for Nepal and what’s not. Thus, the balance of power should be Nepal’s first foreign policy priority. Nepal should thus maintain balanced relations with both India and China and should be careful while developing relations with countries that are hostile to these two countries. Further, political parties of all hues should realize this reality and form a common understanding to maintain equilibrium with the neighbors through the exercise of successful diplomacy.