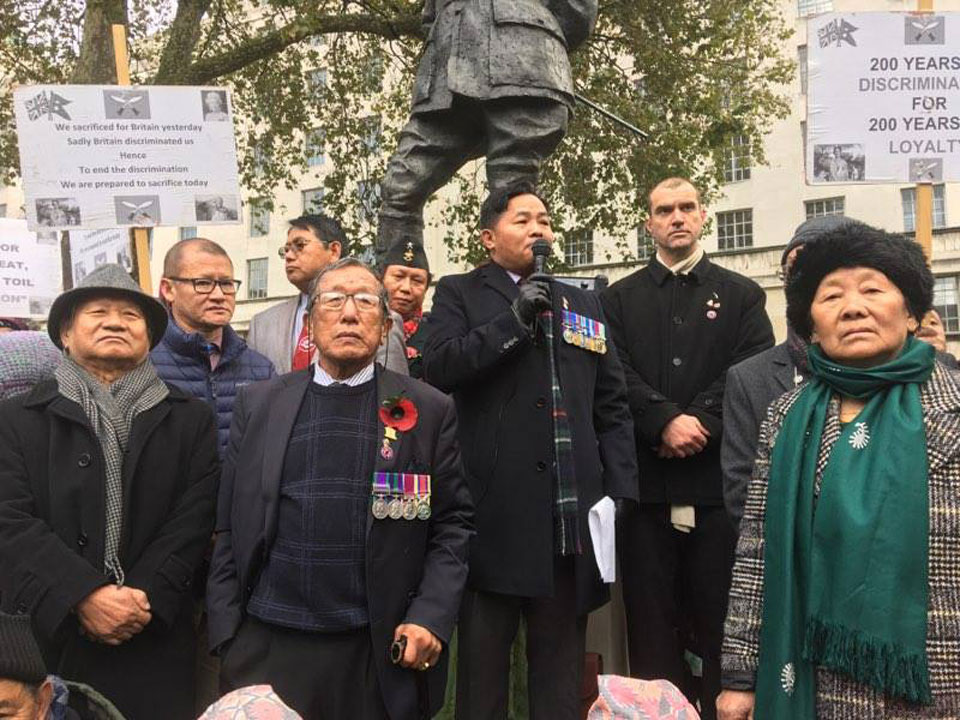 LONDON, August 12: The United Kingdom’s main opposition, Labour Party, has expressed its solidarity with the struggle waged by ex-Gurkha veterans who resorted to stage hunger strike near the Prime Minister’s residence since last Saturday.

The Labour Party told the Boris Johnson-led incumbent government that the unequal pension pay to Gurkhas – who fought together alongside the British Army was disrespectful and the demands raised by agitating ex-Gurkha veterans should be addressed.

Shadow Defense Minister of the opposition party, Stephen Morgan said they had already written a letter to the Foreign Secretary to immediately take action on unequal pension pay. Talking to local media on Wednesday, parliamentarian Morgan further said, “We are concerned and worried about the issue raised by ex-Gurkhas who served our country for 200 years. Though the government announced to end the disrespectful action two years back, it has yet to materialize its words into action. Such indecent acts should be immediately ended. We are in favour of Gurkhas”.

It would be noted as a slur in British society when three ex-Gurkha veterans were saying they were ready to die until justice was delivered to them.

Dhan Gurung, one of the hunger strikers, said, “Our ancestors sacrificed their lives to build this country but now we come to a time to sacrifice our lives for justice.”

In this context, the Spokesperson of the Defense Ministry said the government made arrangements of pension and treatment to Gurkhas recognizing their big contributions to the British Army and also pledged to distribute judicious pension keeping into consideration the British pension provision.

KATHMANDU, August 16: The government has urged the former Gurkha veterans, who are currently staging a hunger strike in London,... Read More...

LONDON, August 11: British Police have interfered in a hunger strike launched by the ex-Gurkha veterans in front of the... Read More...

LONDON, August 9: The ex-Gurkha veterans, who staged a relay hunger strike in front of the office of the British... Read More...