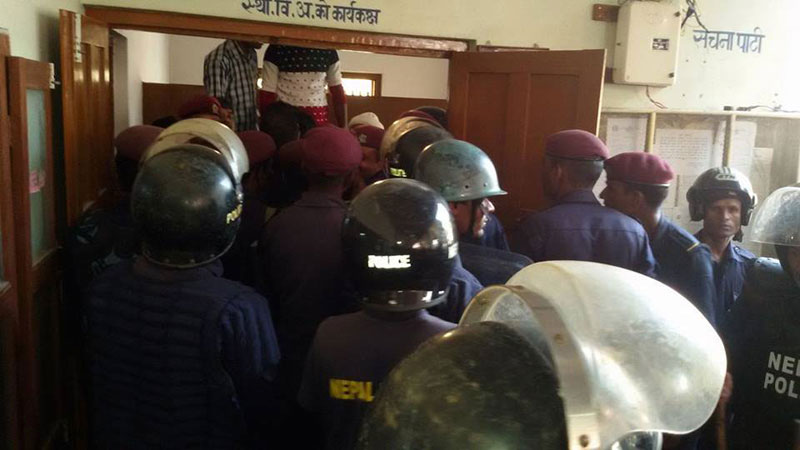 GAUR, Nov 15: A clash erupted between the cadres of United Democratic Madhesi Front (UDMF) and CPN-UML in front of District Development Committee (DDC) on Tuesday afternoon.

A team of UML leaders including Nepal had reached DDC to participate in a meeting of the Constituency Infrastructure Development Program. UDMF leaders then started sloganeering against Nepal and other UML leaders. The clash erupted after UML cadres resorted to a counter sloganeering.

DSP Nabin Bhandari at District Police Office, Rautahat told Republica Online that they have arrested six UDMF cadres involved in the sloganeering to contain the clash.

According to DSP Bhandari, personnel of Nepal Police and Armed Police Force (APF) were deployed in a large number following the clash. The meeting concluded amidst a tight security, he said

Nepal is the directly-elected lawmaker from Rautahat-1.