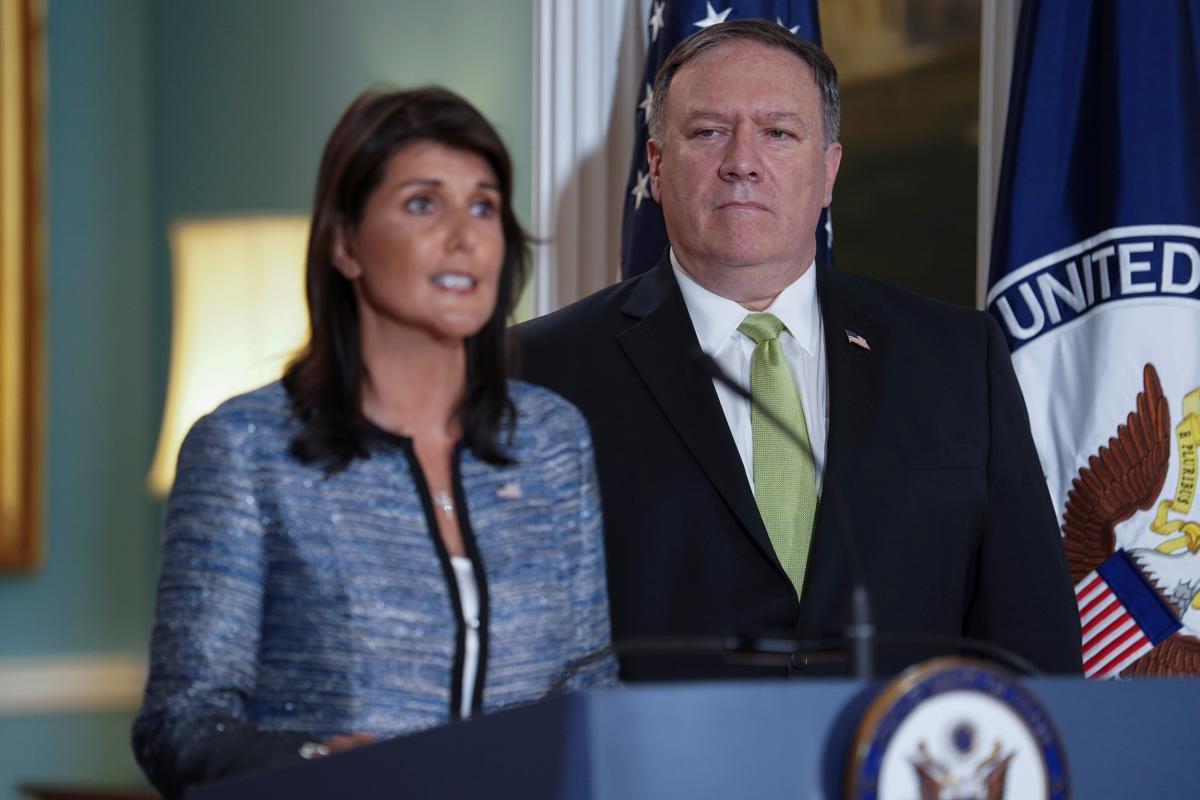 WASHINGTON/UNITED NATIONS, June 20: The United States withdrew from a “hypocritical and self-serving” United Nations Human Rights Council on Tuesday over what it called chronic bias against Israel and a lack of reform, a move activists warned would make advancing human rights globally even more difficult.

Standing with U.S. Secretary of State Mike Pompeo at the State Department, U.S. Ambassador to the United Nations Nikki Haley slammed Russia, China, Cuba and Egypt for thwarting U.S. efforts to reform the council. She also criticized countries which shared U.S. values and encouraged Washington to remain, but “were unwilling to seriously challenge the status quo.”

Washington’s withdrawal is the latest U.S. rejection of multilateral engagement after it pulled out of the Paris climate agreement and the 2015 Iran nuclear deal.

It also comes as the United States faces intense criticism for detaining children separated from their immigrant parents at the U.S.-Mexico border. U.N. human rights chief Zeid Ra’ad al-Hussein on Monday called on Washington to halt its “unconscionable” policy.

“Look at the council membership, and you see an appalling disrespect for the most basic rights,” said Haley, citing Venezuela, China, Cuba and Democratic Republic of Congo. She did not mention Saudi Arabia, which rights groups pushed to be suspended in 2016 over killings of civilians in the Yemen war.

Among reforms the United States had pushed for was to make it easier to kick out member states with egregious rights records. Currently a two-thirds majority vote by the 193-member U.N. General Assembly is needed to suspend a member state.

Haley also said the “disproportionate focus and unending hostility toward Israel is clear proof that the council is motivated by political bias, not by human rights.” Israeli Prime Minister Benjamin Netanyahu welcomed the U.S. decision.

The United States has long shielded its ally Israel at the United Nations. In citing what it says is bias against Israel, the administration of President Donald Trump could further fuel Palestinian arguments that Washington cannot be a neutral mediator as it prepares to roll out a Middle East peace plan. Washington also relocated its embassy to Jerusalem after recognizing it as the capital of Israel, reversing decades of U.S. policy.

The United States is half-way through a three-year term on the 47-member Geneva-based body and the Trump administration had long threatened to quit if it was not overhauled.

“Given the state of human rights in today’s world, the U.S. should be stepping up, not stepping back,” Zeid said after Haley announced the U.S. withdrawal.

“The Human Rights Council enables abuses by absolving wrongdoers through silence and falsely condemning those that committed no offense,” Pompeo said.

Diplomats have said the U.S. withdrawal could bolster countries such as Cuba, Russia, Egypt and Pakistan, which resist what they see as U.N. interference in sovereign issues.

Haley said the withdrawal “is not a retreat from our human rights commitments.”

Twelve rights and aid groups, including Human Rights First, Save the Children and CARE, warned Pompeo the U.S. withdrawal would “make it more difficult to advance human rights priorities and aid victims of abuse around the world.”

The EU said Washington’s decision “risks undermining the role of the U.S. as a champion and supporter of democracy on the world stage.” British Foreign Secretary Boris Johnson said it was regrettable and that the council was the “best tool the international community has to address impunity.”