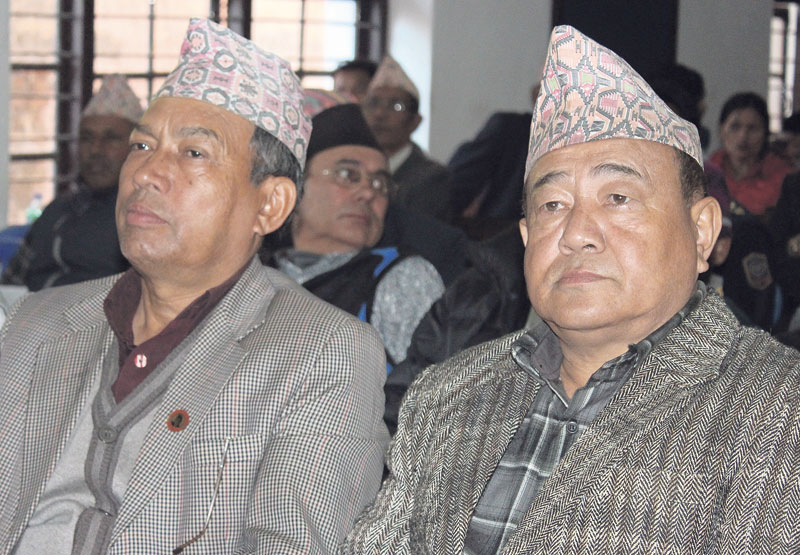 ILAM, June 13: Twenty years after their first face off, two former mayoral candidates of Ilam Municipality are competing for the same post yet again in the second round of local elections scheduled for June 28, adding excitement among the locals.

This has not just spiced up the election but has also made the locals eager to cast their votes. In 1997, both of them had competed against each other for the post of mayor. But the fate has once again brought them face to face after so many years. Their candidacy has created a great buzz among the locals.

In the upcoming local elections, it has been certain that CPN-UML will forward the name of former mayor Mahesh Basnet while Nepali Congress (NC) has forwarded the name of former mayor Himalaya Karmacharya for the same post. Basnet is the district secretary of CPN-UML while Karmacharya is the district chairperson of NC. In the local elections of 1997, Basnet emerged victorious over Karmacharya by 73 votes. As per the locals, neck-to-neck competition between the candidates had made the vote counting really interesting at that time.

In 1987, Karmacharya had bagged the mayoral post of Ilam Municipality by defeating his CPN-ML opponent Narendranath Bhattarai. But later, his tenure came to a premature end after the introduction of multiparty democracy in 1990.

Though it has been really challenging for the locals to predict the winner, both the candidates are already claiming their victory. According to the locals, it is sure that the new representative will be either from CPN-UML or from NC as both these parties have a good hold in the area.

As informed by members of CPN-UML, all members of the party have agreed to select Basnet for the mayoral post ending the possibility of intra-party conflict. Since a few months, Basnet is deeply engaged in door-to-door visits in order to woo his voters.
NC had a large number of aspirants for the mayoral post, so the party finalized the name of Karmacharya just last Friday. However, Karmacharya was busy in promotional campaigns supporting his friends who had filed their candidacy for various other posts.

Fifty-nine-year-old Basnet is a permanent resident of Ilam. "Even though I didn't ask for it, the party chose me for this post and I thought it won't be right to decline this offer," said former mayor Basnet adding, "I have taken this as an opportunity to win the hearts of the locals by making Ilam prosperous and developed."

Similarly, sixty-two-year-old Karmacharya was involved in politics ever since his student days. He worked as chairperson of Ilam Chamber of Commerce and Industry for 27 years. During the Constituent Assembly elections of 2013, he was defeated from Ilam ward-1.

According to him, the government has given many rights and authorities to the local units this time so the NC thought he was a suitable candidate for this post. "The party has given me this responsibility in order to change the development scenario of Ilam and I am determined to do it," former mayor Karmacharya said.

LAHAN, September 7:  Not many candidates get chance to get elected thrice to the reputed post of mayor. Lagan Lal... Read More...

KATHMANDU, Dec 9: A meeting of the Legislature-Parliament couldn't run today due to the obstruction of opposition parties. ... Read More...