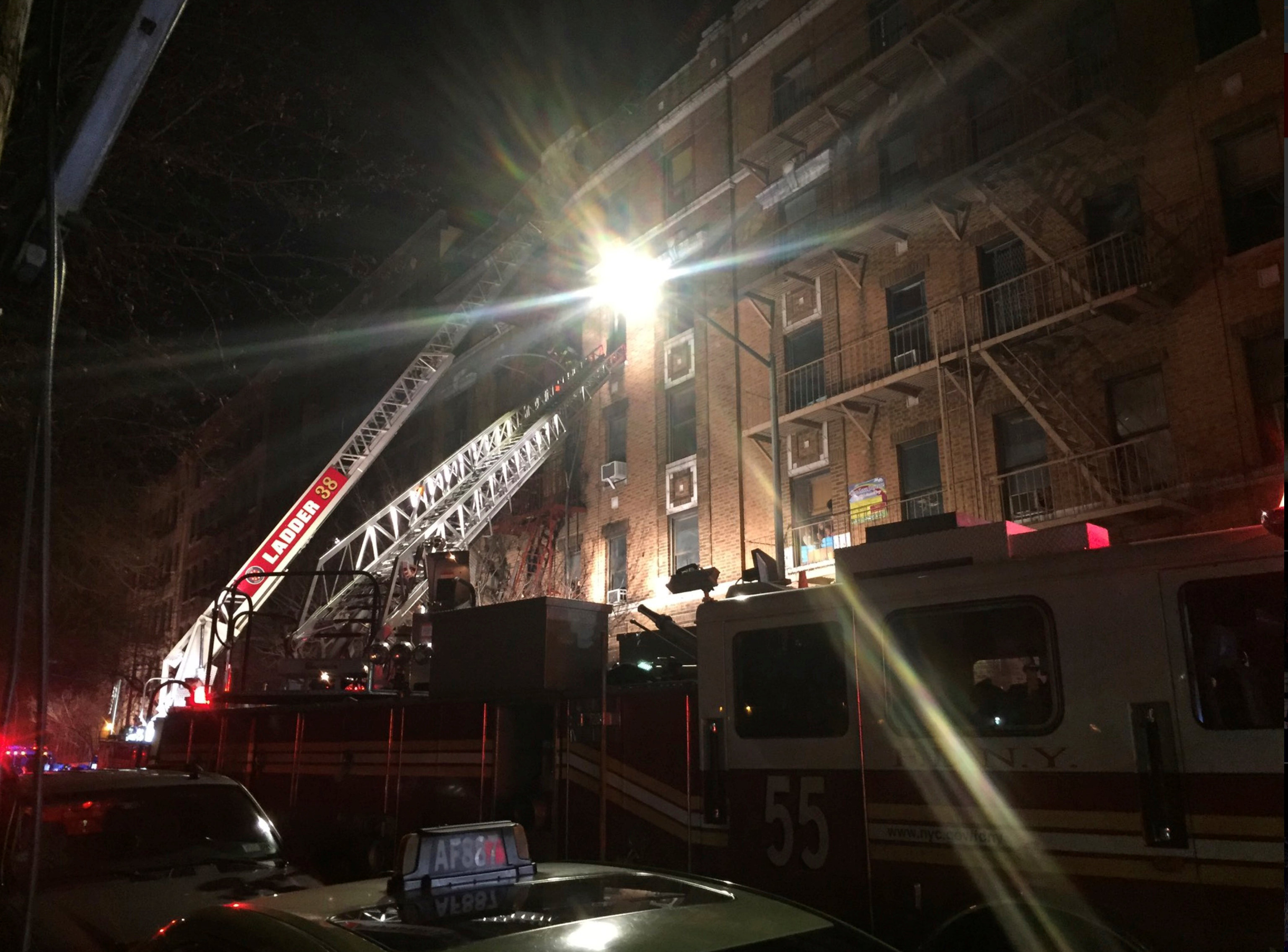 NEW YORK, Dec 29: Twelve people were killed, including an infant, and four were critically injured on Thursday in a fire in an apartment building in New York City’s borough of the Bronx, Mayor Bill de Blasio said.

“People died on various floors of the apartment, ranging in age from 1 to over 50,” city Fire Commissioner Daniel Nigro told reporters at a news conference with the mayor.

“This tragedy is without question historic in its magnitude.”

In a message to New Yorkers, de Blasio said, “Hold your families close and keep those families here in the Bronx in your prayers.”

Few official details of the blaze were immediately available. WABC-TV, the New York affiliate of the ABC television network, said it erupted shortly before 7 p.m. on the third floor of a five-story building.

There was no serious damage to the exterior of the building visible in news footage and images from the scene.

The New York City Fire Department initially had said on its Twitter account that 15 serious injuries to civilians were reported in the four-alarm blaze, and that more than 160 firefighters were on the scene.

Photographs posted on Twitter by the fire department showed two fire trucks with ladders extended to the upper floors of a brick building bathed in flood lights, and firefighters on the fire escape outside what appeared to be a second- or third-floor unit.

The mayor’s official Twitter page displayed a photo of de Blasio, standing in the room of a school across the street from the fire, with his hands on his hips and a grim look on his face as he was being briefed by fire authorities before speaking to reporters.