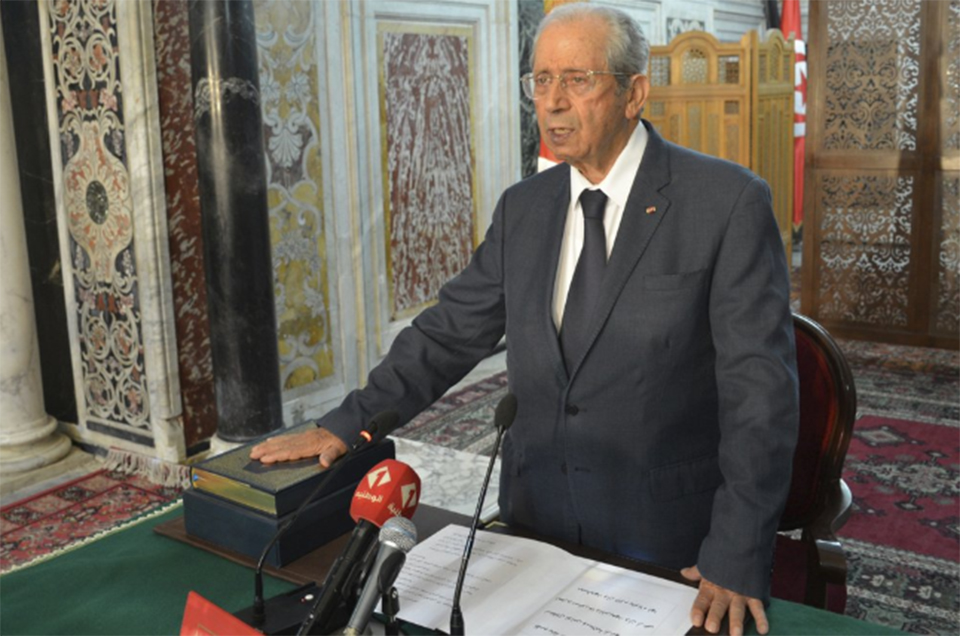 Tunisian parliament president Mohamed Ennaceur, puts his hand on the Quran to be sworn in as Tunisian interim President in Tunis, Tunisia, Thursday, July 25, 2019. Ennaceur, the leader of Tunisia's parliament has been sworn in as the interim president of the North African country after 92-year-old President Beji Essebsi died in office. The state news agency TAP reported that Mohamed Ennaceur, president of the Assembly of People's Representatives, took the oath of office Thursday July 25, hours after Essebsi's death in the morning. (Lassad Manai/Tunisian Assembly via AP)

TUNIS, July 26: Tunisia is inviting world leaders to attend the funeral for its president who died in office and preparing a new election to replace him.

The next election was originally set for Nov. 17, but is being rescheduled after President Beji Caid Essebsi died in office Thursday at 92.

The electoral commission proposed holding the first round of a presidential vote Sept. 15, and is meeting Friday to confirm the date.

A national funeral ceremony for Essebsi is being held Saturday, and Prime Minister Youssef Chahed said several foreign leaders are expected to attend, without listing them.

The White House expressed condolences for Essebsi, as did the U.N. and countries around the world.

ALGIERS, Algeria, Sept 24: Eight newborns were killed Tuesday in a fire in the maternity wing of an Algerian hospital near... Read More...

Elections only after constitution amendment: Yadav