Elections will be held within constitutional deadline: Deuba 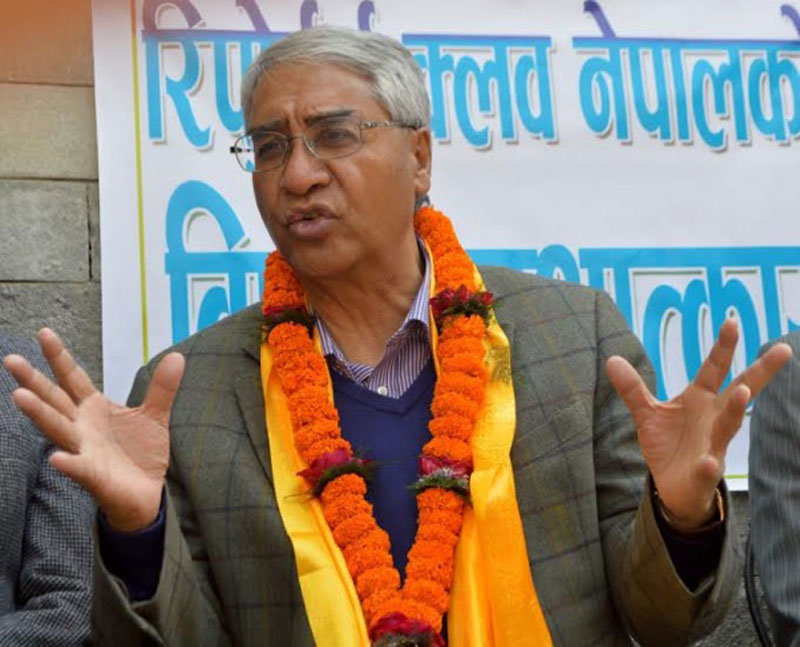 BHAKTAPUR, Oct 31: Nepali Congress President Sher Bahadur Deuba on Monday said the elections of the three structures of the state will be concluded within the time stipulated by the constitution.

During a greetings exchange program held by NC Bhaktapur District Working Committee here on the occasion of Deepawali and Chhat festivals and the Nepal Sambat New Year 1137, Deuba urged all quarters to shun doubts regarding whether the elections will be held or not.

Stating that the local body elections should be held quickly for provincial and parliamentary elections, the NC President said, "The elections of the local body, province and parliament or house of representatives will be held within the time stipulated by the constitution, this responsibility the Nepali Congress will fulfill."

Deuba further shared that the present ruling coalition is preparing to bring the Madhes-centric parties to agreement by amending the constitution. He stressed that Congress must rub out the illusion UML among other parties have spread against the party. The leader argued that NC must garner majority votes in all elections for the country's prosperity and instructed the party cadres to start preparing for the elections.

During the program, Foreign Minister Dr Prakash Sharan Mahat made it clear that the incumbent government's foreign policy does not have any weaknesses and shared it was preparing for implementing the past government's treaties and agreements. RSS

'Will all 3 elections be held as per constitutional provisions?': Parliamentarians to govt