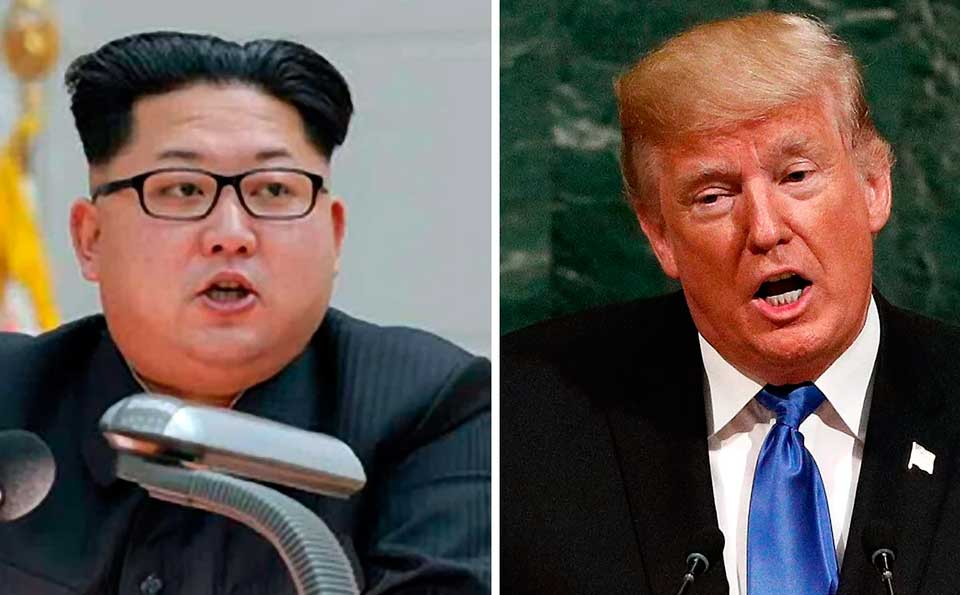 SEOUL, May 25: North Korea responded on Friday with measured tones to U.S. President Donald Trump’s decision to call off a historic summit with leader Kim Jong Un scheduled for next month, saying Pyongyang hoped for a “Trump-style solution” to resolve the standoff over its nuclear weapons program.

On Thursday, Trump wrote a letter to Kim to announce his withdrawal from what would have been the first-ever meeting between a serving U.S. president and a North Korean leader in Singapore on June 12.

“Sadly, based on the tremendous anger and open hostility displayed in your most recent statement, I feel it would be inappropriate, at this time, to have this long-planned meeting,” Trump wrote.

Trump’s announcement came after repeated threats by North Korea to pull out of the summit over what it saw as confrontational remarks by U.S. officials.

“We had hoped a ‘Trump-style solution’ would be a wise way to relieve worries from both sides, meet our demands and realistically resolve problems,” he said in a Korean language statement carried by state media, without elaborating.

North Korea has sharply criticized suggestions by senior U.S. officials - including Vice President Mike Pence - that it could share the fate of Libya if it did not swiftly surrender its nuclear arsenal. Libyan leader Muammar Gaddafi was deposed and murdered by NATO-backed militants after halting his nascent nuclear program.

Kim Kye Gwan said such criticisms had only been a “protest” against American rhetoric, and that it showed the need for talks with Washington.

“To announce the summit is canceled was a surprise for us and we couldn’t help but feel it was a deep shame,” Kim Kye Gwan said, while noting that North Korea remained open to resolving issues with Washington “at any time in any way.”

Trump’s letter came just after North Korea announced it had completely dismantled its Punggye-ri nuclear test facility “to ensure the transparency of discontinuance of nuclear test”.

With Trump saying he is keeping the door open to diplomacy and North Korea apparently still looking to benefit from a thaw with South Korea, such steps could be constrained - or at least tempered - by a mutual desire to keep things from spiraling out of control.

But with a new exchange of super-charged rhetoric driving the United States and North Korea from the negotiating table, there is growing concern that words could be matched with action, including renewed shorter-range missile tests or stepped-up cyber attacks by Pyongyang and increased sanctions or deployment of new military assets by Washington, analysts said.

Trump, in scrapping the June 12 summit in Singapore, sounded a bellicose note, warning Kim of the United States’ greater nuclear might, reminiscent of the president’s tweet last year asserting that he had a “much bigger” nuclear button than Kim.

Asked if the summit cancellation increased the risk of war, Trump replied: “We’ll see what happens.”

He said the United States would continue its “maximum pressure” campaign of sanctions to press North Korea to give up its nuclear weapons.

South Korean President Moon Jae-in, who worked hard to help set up the summit and urged Trump at a White House meeting on Tuesday not to let a rare opportunity slip away, said he was “perplexed” by the cancellation. He urged Trump and Kim to talk directly.

Pyongyang had not responded in recent days to queries by the United States as it tried to prepare logistics for a June 12 leaders’ summit, U.S. Secretary of State Mike Pompeo told a Senate hearing.

“It’s meaningless to have talks that don’t achieve results,” Kono told reporters on a visit to Mexico City, the news agency said.

“The important thing is not the U.S.-North Korea meeting itself, but that the meeting becomes an opportunity to move forward in the issues of denuclearisation and abductions,” he told reporters in Tokyo.

The news of the canceled summit prompted a deluge of derisory comments on Twitter, including many about the now discounted commemorative coin pre-minted for the occasion.

The “President Trump United States and Korea Summit” coin, which was the “deal of the day” at the White House Gift Shop on Thursday, shows gold embossed images of Trump and Kim facing each other with a montage of their countries’ flags in the background. Kim’s title is designated as “Supreme Leader”.

SOUTH KOREA, May 16: North Korea on Wednesday canceled a high-level meeting with South Korea and threatened to scrap a... Read More...